Hearing Gall Bladder advocate for decorum is pretty rich, but it's true. There is, in fact, a context in which rule adherence is a big focus for him. Not for me, though. In fact, the more decided upon a structure that he is, the more likely I will be to gnaw at the roots of Yggdrasil. Disguise of every sort is my abhorrence. This is a service we provide one another, whenever one of us is in danger of being way too up our own ass. 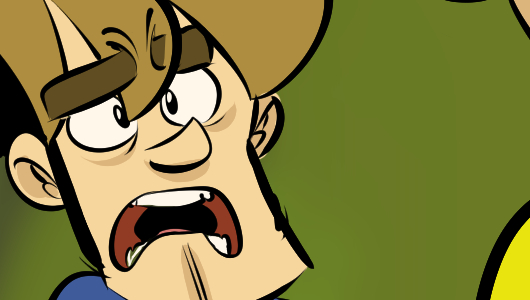 Golf has a reputation for existing in an elite, patrician sphere, and like many serious hobbies there's really no upper bound on how much you can spend. But as a matter of hard fact all kinds of people can and do play golf. My own father would golf on courses whose water hazards he had raided for balls the night before. Because it is a bedeviling, inhumane sport - like Warhammer - people are always selling their shit and entre into these halls is easily secured as a result. In any case, in cake show terms, that's all fondant. The game is actually about being mad outside. In narrative conflict terms, it's "man" Versus Nature, and there is an endless maze to its serrated heart. There are probably assholes who play it in an asshole way, because that's the Doomship world we've inherited. But as a general rule, on an actual course, with actual people, an errant shot is felt keenly by all participants, and if someone makes light of it, it's only to stave off the dark.

It wasn't, like… planned, but when I woke up this morning Mr. Whitta himself was trying to schedule a time to play, when Grab and I had already agreed to play on stream at 4pm PDT. So now it's a foursome in the parlance, the traditional configuration for the sport, with the addition of (Not That) Will Smith. Amateur ruleset I'm guessing, though I expect the shit talking will be set to Pro.