I grabbed Assassin’s Creed Valhalla on Stadia when it dropped around 9PM my time on Monday. No download required so I was able to start playing immediately which was cool. It played great and I didn’t end up getting to bed until after 1 am. I have to admit it was Orlog that kept me from getting to bed at a reasonable time. It’s a deceptively simple little dice drafting mini game that you can play all around the world similar to Gwent. After spending another day with Valhalla I am absolutely loving the game and I would pay money for an Orlog app on my phone.

My Xbox Series X showed up yesterday and I immediately went to work getting games installed. Dirt 5 is a game I played on my One X and I was happy to see the load times significantly improved on the new box. I also picked up AC Valhalla because I wanted to compare it to Stadia. In terms of load times it’s very similar but visually the series X version is sharper and has more vibrant colors. It also runs like butter on the Series X and while it didn’t run poorly on Stadia, there is no question the Xbox just feels a little better. I gotta say the ability to cross save through Ubisoft Connect is a nice feature. Taking my progress from Stadia over to Xbox was super cool.

I’m very impressed with the speed and design of the new Series X interface. While there aren’t any big exclusives I’m anxious to play, Game Pass is a ridiculously good deal and stuffed with great titles including Beyond Light! Today is my day to check out the new Destiny content and probably put some more hours into Valhalla/Orlog. My son Noah is currently playing Fortnite on the Series X and as a kid who has spent hundreds of hours playing it on the Switch, he is blown away by the new graphics. Assuming I can kick him off, I am excited to spend the day Xboxing.

I was not able to get a PS5 so my other new console is really Stadia right now. After 30 hours I just wrapped up the Division 2 Warlords of New York expansion and I played all of that on Stadia. You don’t spend 30 hours on a system that doesn’t work well, or at least I don’t. Yesterday Kara and I really put the service to the test with an Orcs Must Die 3 stream. To be clear this was both Kara and I here at home playing on Stadia while both my boys were in Zoom school and I was capturing the whole thing with Streamlabs and streaming it back out to Twitch all on my 200mbps Comcast internet. You can see the results for yourself right here but I was incredibly impressed. We had a couple hiccups but nothing that ruined the experience.

There are more games hitting later this week that I’m excited for as well. I’m glad I can play the new Spiderman on my PS4 and I’ll check out Godfall and Bugsnax on the PC. It’s a great time to like video games! 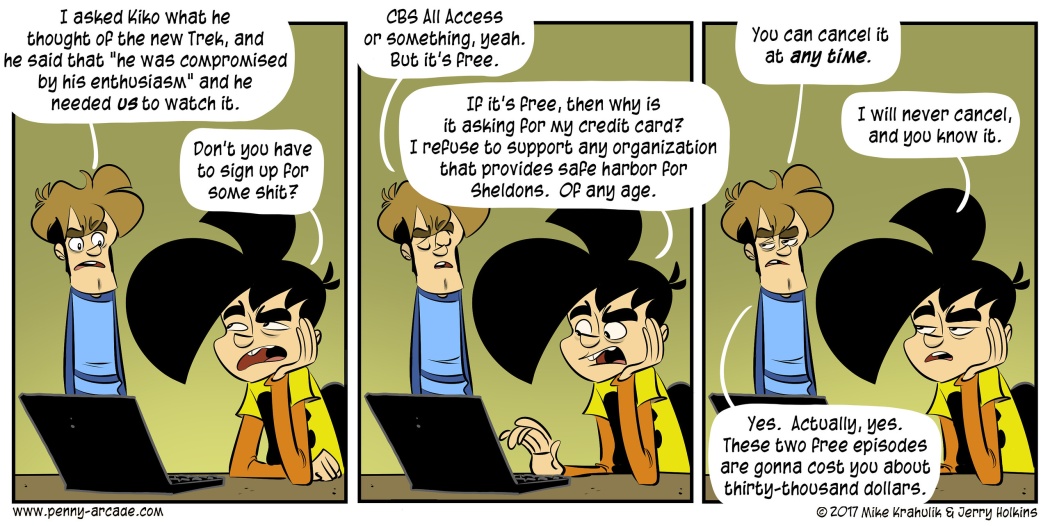