In truth, Monsieur Gribeaux offered nothing but support in real-time. But as a practical matter, he considers the manifold threat of the outer wilds something of a solved problem. 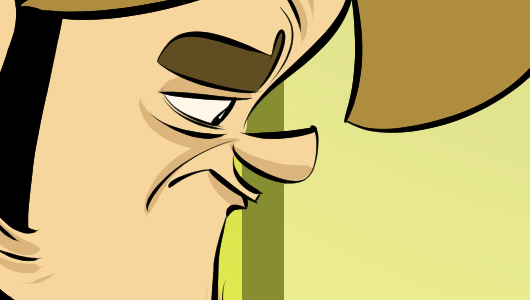 Most of my recovery has been spent fixing a neighbor's computer, and having an opportunity to see the state of play today's Comcast technicians are at. It's not high. And look, I was in tech too. Most of working in tech is telling people you're the only one who gets it. But three have been out so far, and one told her that someone had installed a security system on her house without her knowledge and then left. This… didn't happen. But now, if she gets a text message and the sensor light comes on in the backyard because of a raccoon, she thinks this is connected in some way with this shadowy figure. So that's fun.

When I ask her for a specific password, she pulls out a journal bound in purple leather with the symbols of the Zodiac pressed into it. Inside are more than a decade of passwords, passwords and their sleight alterations, handwritten alphanumeric strings from tech support calls and emails, and other pieces of information orthogonal to opsec all in a dense mosaic. So there are human failings throughout the structure, and maybe if you grew up massaging a config.sys so you could play Star Control II this profoundly shitty way of life might make sense to you. Or maybe it doesn't make sense, exactly, but it can be ameliorated. There are millions upon millions of people these bizarre technologies are never going to make any kind of sense to, and manipulating them over and over is an incredible business model. You can have your cake, and eat it too, and then you can also charge the cake itself for your having eaten it. I demand a little more literary heft from my dystopia.

Remember in the eighties, or maybe you've heard a podcast about it or something, where there was all this shit about Satan? Like, in the woods and in your basement and in your daycare or whatever? Just non-stop Satan, somebody set the knob to Satan and then broke it off? It wasn't true. Then. But it is true now - and what's more, there are fully two Satans in play. Gary Whitta is an honorary Satan, with a diploma from Devil University. And his too-tall, rubbery Jabberwock Will "The Deceiver" Smith trails behind, flopping around and knocking shit over. We gotta put a stop to this. And we're gonna, through the dialectic of electronic golf. Come join myself and my second, John Gabriel, as we launch this demonic trash into orbit. Which in this case is probably a triumphant euphemism for "losing in front of an audience." Bear witness to the devastation today at 2pm PDT - only on Twitch.