I love the early days of a multiplayer game - before things are settled and optimized, in some cases before final decisions have even been made in the design. I sorta knew it was gonna get wild fast, I suggested as much on Monday, but the skill ceiling in Splitgate is… high. It's very high. A round of Splitgate makes me feel like my brain is being braided by hand, which is typically the feeling I get when I'm laying new psychological track. I'm not even sure all this is gonna stop me from playing! But it's definitely gonna stop me from winning. 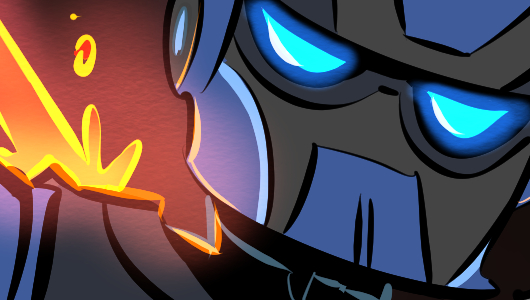 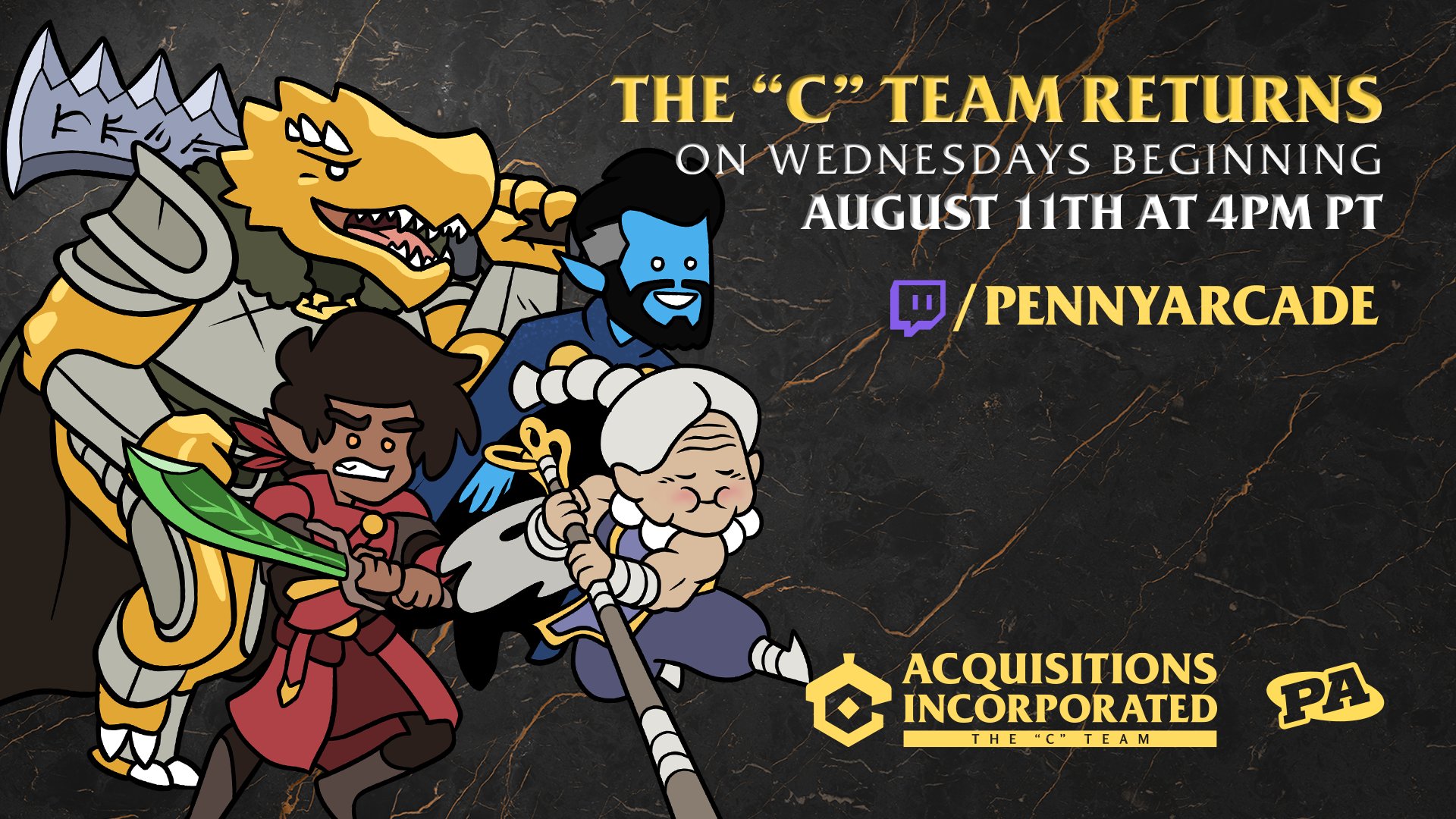 4pm PDT sees the triumphant return of Acquisitions Incorporated: The "C" Team, pre-recorded but in the studio face to face, which felt real good. There's a new system around "that week's Loremonger" that will let you extract targeted lore and fluff from your dutiful crew that I go into at the beginning. We had a lot of fun, potentially too much fun; we essentially run a home game that we invite people to watch, and we missed each other pretty bad. Join us just after the episode at 6:00pm PDT for the Live Table Talk, which is Live and has Talking but sadly no table. Maybe we should do it in VR.

I'm gonna warm up the ol' stream with Golgolfa shenanigans, it's just me this time around I think but I've been meaning to check out the two (!) New Donk City courses they just added. Starts at 2pm PDT!