I haven't had a chance to play Halo Infinite's campaign at all. Well, mostly not at all. I have seen the introduction, and then I jumped up on a conveyor belt. As conveyor belts go, it seemed like a good one; it definitely had the belt on there. But that intro might be the best cinematic to ever find expression in a Halo game. Beyond that, I can't say too much about the single player stuff, except to say that Gabe thinks it's probably his game of the year. And he doesn't like shit. 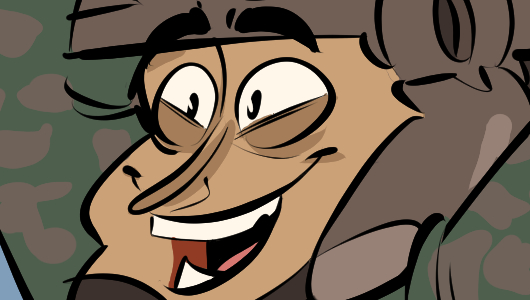 What he would like is for the people at Playground Games to share the code they use for making sheep dodge expertly out of the way with 343 Industries so they can implement it on UNSC marines. Apparently they don't have real good self-preservation skills which, you know, might help when you're stranded on a remote alien war-ring.

No, as soon as I got back I've been playing Shovel Knight: Pocket Dungeon on PC, but this would absolutely be a beast on Playstation and certainly would be on Switch. Shit, man. If I'd had it on there a couple days earlier, those five hour flights to Philly would have evaporated. Like Image & Form, Yacht Club stuff is sorta instabuy for me - even as they've moved into a publisher role, they've chosen great partners (Vine, in this case) and the vibe is retained.

Oh! If you wanted to catch the latest Acquisitions Incorporated episode filmed at PAX Unplugged, that's something I can enable fully: get your mitts on this.

I love playing with Kris and Austin and Anna, and have done so many times - in one case, for hundreds of hours, probably. But it's been such a pleasure getting down with Jasmine Bhullar, perhaps known better as ThatBronzeGirl, as Omin's daughter Certainty. Give the episode a try - you see a lot of siblings at tables, but this particular vibe really stands out here, and I've been trying to figure out why it seems to click. Her being rad is probably part of it.