I had to get a bunch of spraypaint for some terrain I'm working on, and I could certainly go to Mox Boarding House and get hobby branded paint for about twice as much I decided I was gonna be a recalcitrant coot and get the stuff your mom might put on her patio chairs instead. I don't know if it was a good idea! I guess we'll see. 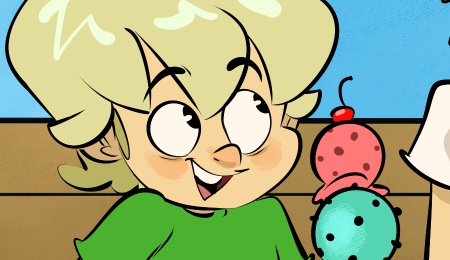 It would be difficult to fully contextualize why, but PAX does offer information that might be of high utility. It is entirely possible, likely, potentially even inevitable that people playing the same games have a "shared experience" even though they had those experiences asymmetrically. I've spoken with thousands of people at these shows since 2004 and it holds pretty strong. So if a lot of people all discovered the same magical wardrobe and kept going in there with their friends, it stands to reason that they'd be bound in some way by a few novel points of reference - the Lamp-post, the Great Hall of Cair Paravel. We are all citizens of that place; we are from there.

And once you're there, however you got there, you might find out some incredibly crazy shit about yourself. Or others. I know a team that uses the game to communicate social skills to young people in that same place. I wouldn't want to go into specifics because it would almost certainly blow up somebody's spot. But people emerge from that place with knowledge and treasure that doesn't effervesce in the light of day.

I saw a couple articles about the provenance of the Dungeons & Dragons boom, usually retweeted in anger that their priors on the matter hadn't been sufficiently adhered to, but streaming kept the stove hot for Stranger Things to scale a massive incursion on the Earth. Tens of millions of households were exposed to our inner language and our malevolent foes in a way that transformed them into an inescapable cultural aerosol. The scale is just… different.

Wizards of the Coast was nervous about the advent of 4th Edition D&D, and so when we got an RFP from them about how to introduce the game to people, it didn't take very long - Gabe was like, let's do a podcast and if it's fun, people will hear that. We pulled in our friend Scott, so the team had a Current Player, a Lapsed Player, and someone who had Never Played Before. That was 2008. And even then, not the first podcast of its type. Everybody had their own reasons, but for my part I wanted to show as many people as I could about this incredible game, to invite them in. I wanted to show them that while you might occasionally look something up on a table, it's often quite silly in the best possible way. And we did.