I only learned about the term Hyperfixation in the last year or so. Before that I just thought I was an interesting person. You know what I mean? Like I was a true renaissance man. I guess it’s just a mental disorder though.  Oh well.

I have recently directed my Eye of Sauron towards the world of tabletop gaming. I’m playing Warhammer 40k With my eldest son Gabe and I’ve had a few people ask how to go about getting started in a hobby that seems so overwhelming from the outside. So I figured I’d break down some of the basics for folks like me who are coming in without any idea what’s going on.

I am playing Warhammer 40k which is the Sci-Fi setting for Warhammer but you could also play Age of Sigmar which is their Fantasy world. Each of these settings also offers a more compact version of the game that uses less minis and uses streamlined rules for faster games. These are called Killteam and Warcry respectively. I have not investigated either of these…yet. 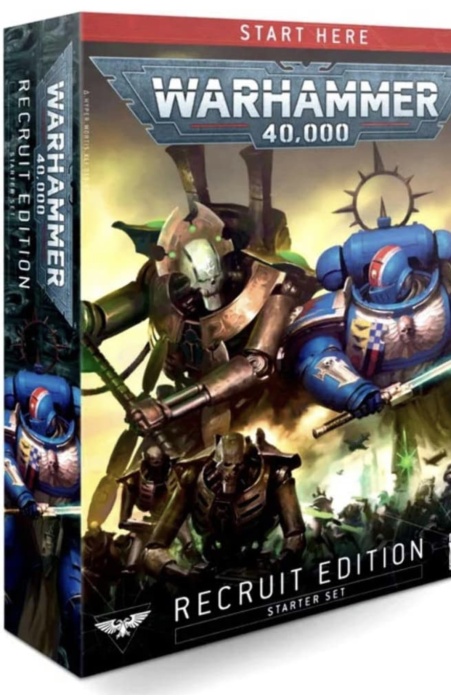 We started our 40k journey with the Warhammer 40k Recruit Edition. This box includes some Space Marines and some Necron minis along with a basic rulebook to get you started. One of the things you’ll need to do when starting 40k is choose a faction and while this starter box may not include the army you want, it’s still a great way to learn the rules and figure out if the game is for you. Gabe and I each stayed with Space marines and Necrons as our chosen factions and just built on the models included with the Recruit Edition. There's something like 24 different factions to choose from though and there are plenty of guides out there to help you pick one. 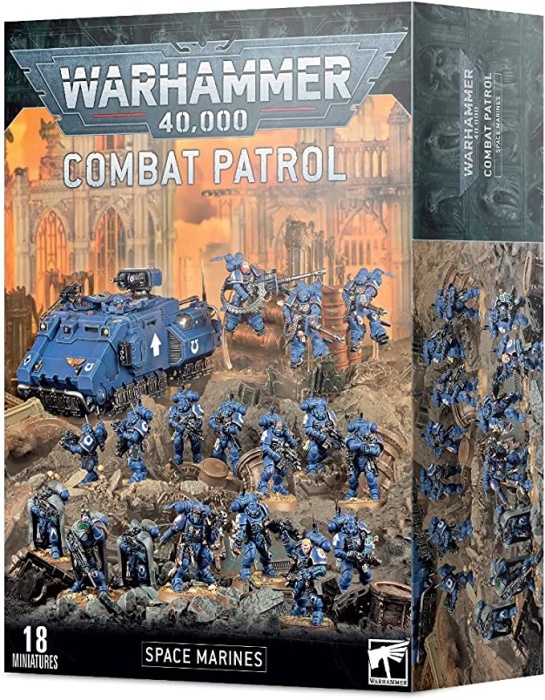 When it comes to buying your minis there are lots of options. If you’re looking to get started with a faction they almost all offer some sort of Combat Patrol box that will include a bunch of models to get your army started. After that you’ll be purchasing individual minis or small units of four or five models to expand your collection. 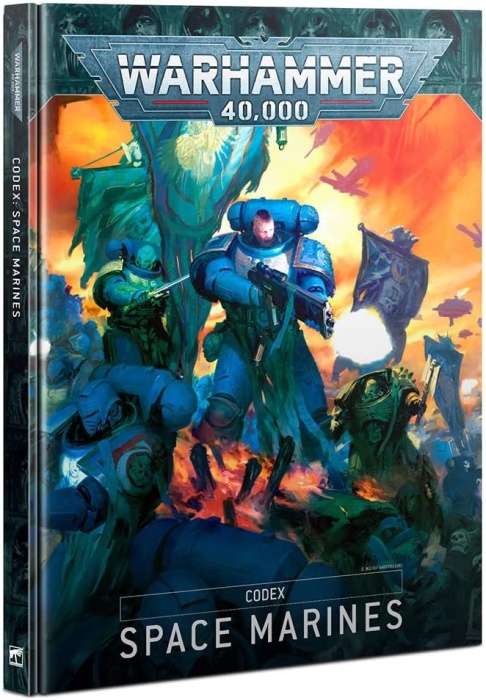 The other thing you will need to get is a book that tells you what all your minis do. I was surprised by this at first and just assumed that each mini would come with the rules I needed to play it, but that’s not really how it works. Tycho explained to me that what a mini can do changes over time with new editions and so you need to get a book called a Codex. We are currently in the 9th edition of Warhammer 40k so those are the books you’ll want to pick up. That includes a Core Rule book along with the Codex for whatever faction you chose.

The Codex is a great book to get because obviously you need it to play, but it also will give you a ton of lore for your chosen faction. Nearly half of a Codex is given over to fiction, art and beautiful pictures of painted minis. Gabe said they are really just catalogs because they show you all the minis in your faction, what they do and how cool they look painted by a professional. You will be powerless to avoid wanting more minis when confronted with one of these books so be prepared. Fortify your MINDS!

The other side of the hobby is the building and painting of all these minis you just bought. I feel like that is probably another news post for another day though. This should be enough to get your foot in the door of Warhammer. I will say that one of the things that surprised me most about Warhammer was the quality of the fiction. If you’re getting into 40k I would highly recommend investigating the novels as well. I started with a book called Horus Rising that kicks off a seminal event in the 40k setting called the Horus Heresy. I have read a handful of books in this setting now and jumped around a bit in the timeline but they have all been fantastic. The fiction is so strong that I can’t help but want to add a narrative to the games we play. I’d be lying if I said I didn’t already have the beginnings of a story that sends my crusading Black Templars into the heart of Necron Tombworld.

I hope this helps answer some questions about getting into Warhammer. I’ll follow up later with more information about building and painting your army.

I may have an opportunity for you to learn Kill Team very shortly...