This new FTC is definitely the gritty reboot, huh? They belong on DC's Vertigo imprint in the late nineties. They're hardened bureaucrats from a future where we failed to curtail corporate power - and they're determined to right the wrongs of the past, in the present. 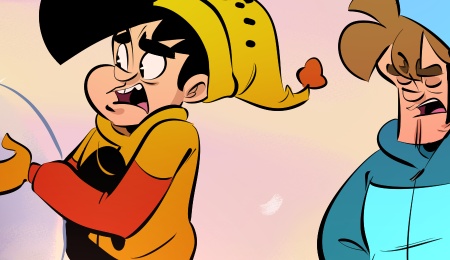 Epic has to pay a bunch of money, like a half billion dollars. Facebook had to pay five billion over privacy shit in 2019, privacy shit being 2022's "tax evasion." That's the crowbar regulators can get to the good stuff with. Personal data is radioactive, in a legal sense. And this ruling against Epic should absolutely be considered a use case, a tool that can be employed at scale.

Honestly, I think Epic's statement is pretty good. I think it's reasonable for them to be somewhat surprised, because as I said above, the things they're being made to account for are practices that have been in use broadly. This is like getting pulled over for speeding after somebody literally just passed you, going faster than you were.  But you can also see a bunch of novel approaches they've taken to improve safeguards, and it would have been an even more gruesome judgment if they hadn't. The gaming industry is generally used to policing itself, essentially "patching" these processes as they go - the ESRB is a good example of this. They tend to shore up precisely because they don't want the burning eye of a federal regulator upon them. I think those years will be fondly remembered as "the good old days."

Heading into some streem with Dirty Dwab for a few hours, he's been Snappin' a bunch lately, and I'm not super caught up on the current meta so I'm happy to learn. But there's a few other games like Darktide or Nobody Saves The World that might be good to fill in after - we'll take the temperature of chat and move in the indicated direction.