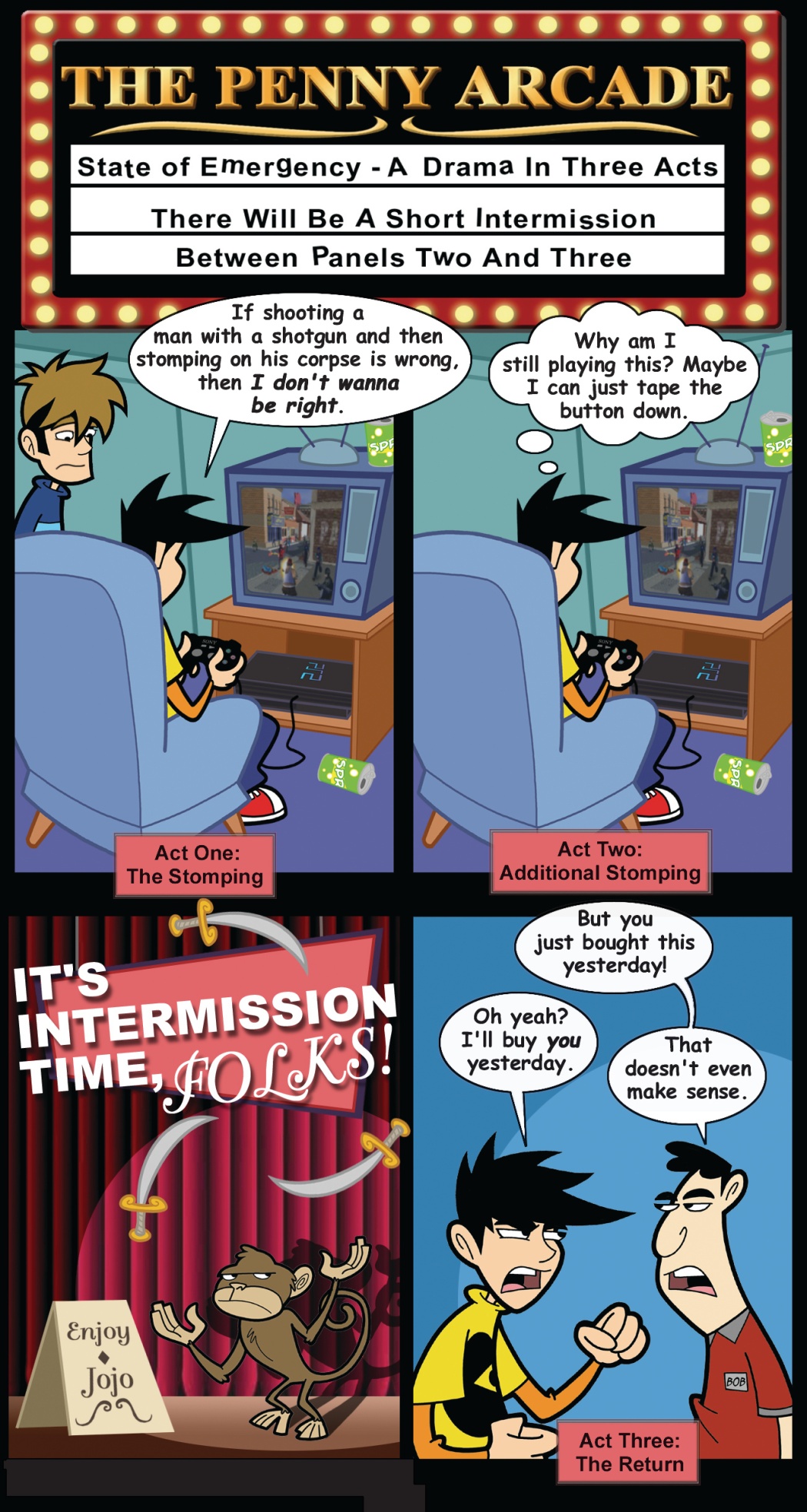 Hotly anticipated - by Batjew - State Of Emergency has arrived, and it's largely irrelevant. Like some mini-game run amok, creeping to the edge of the platter until the entire disc is overcome, SoE takes (arguably) the worst parts of GTA3 - the running around and shooting - and stretches out that Dentyne-esque five minutes of flavor into this epic cord of mediocrity. I guess it's sort of controversial - I guess - but it wants it so bad that I'm loathe to grant it. Here's something to keep you occupied while you aren't buying it.

For the last few days, people have been directing my attention to articles on "Hate Games" - mods in essence, centered around racial themes. Like the Columbine thing for Half-Life, you don't have to wonder what the PR ramifications are for gaming in the mass media. That's probably worth investing some thought in. These games are an expressive medium - something we regularly contend here at Penny Arcade - so it was only a matter of time until someone chose to express something that we disagree with. Nazis or Aliens today likely take umbrage at ninety percent of the product in a given game shop. When people get really mad at these things, or whatever, I hope they understand that this is how many people feel about our games in general - that they represent and reward depravity, pugilism, and senseless violence. It's fine to feel that way, but the same edifice that empowers dumbasses to produce this kind of shit underpins and protects our ability to express anything, let alone a game that lets you shoot off any one of fifty distinct body parts. Are people going to be all, "Oh, I guess Jews are crafty" because they played some Goddamned videogame? Not any more than they're going to want to drive over Grandma after playing GTA3. Do games negatively impact behavior or don't they? We've maintained every other time it comes up that the psychological toll of this passtime is negligible. It's good to go back over your arguments once you start sounding like the other side.

It was too late to get in on that Dungeon Siege contest I mentioned, the info I sent never went where it was supposed to go - but Steve (the guy who is handling the whole thing, he's been very nice to us) is handing over two copies to give out any way we please. He may regret it: I give you "Penny Arcade's Embarrass Yourself In Public Dungeon Siege Win-It-Before-You-Can-Buy-It Giveway," and absolutely anyone can play. Here's how.

*Nudity will get you bonus points

The contest will end on March 8th, 2002. That means there's only two weeks left to erode your sense of self!

a logical progression on the timeline 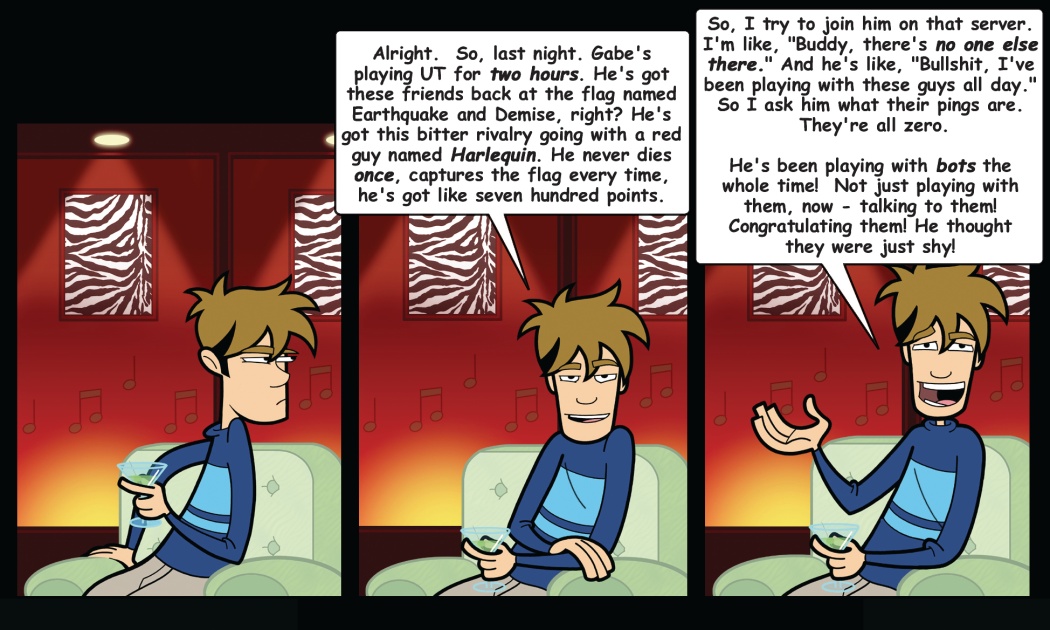