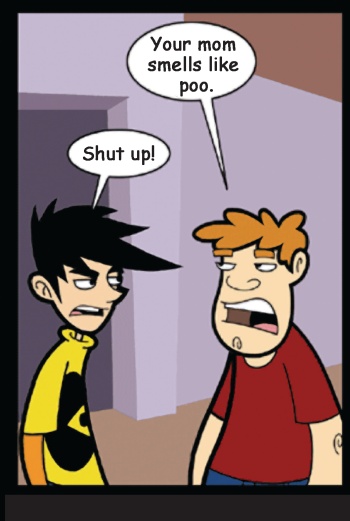 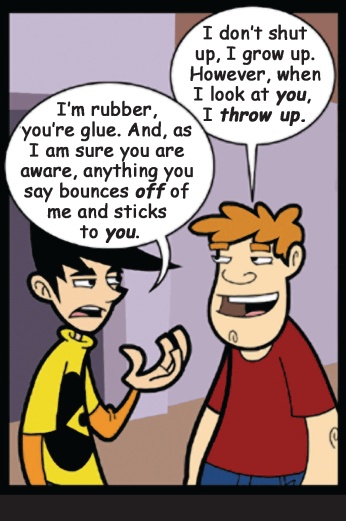 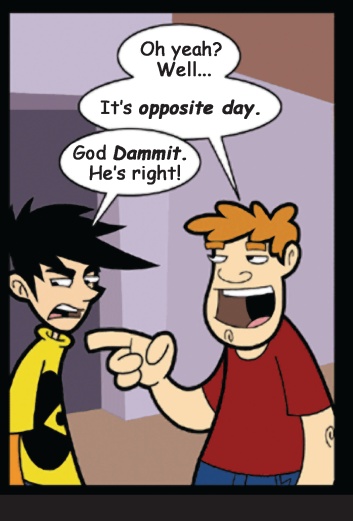 A new comic is available - being an exact transcription of their conversation, it should give you some ideas about the level of discourse these two typically share. I'm trying to figure out why I can't upload the graphic for today's strip - if you can't see it, please stop by later today when I've had some help getting it going.

The convention is all the way over now, and I think I speak for damn near everyone when I say that I'm glad there's a whole year between Comic Cons. My feet feel like there's some kind of fragment rattling around in the soles of them, a sharp something, what it is exactly I couldn't tell you but I'm convinced I need surgery. Human beings seemed to enjoy our posters by and large, except those that thought they were too expensive, but we never know how much shit is supposed to cost - we just look at what other people sell something for, and make it about that price. We are not clever or crafty. We are like two idiot escaped convicts who traverse the country, perpetually engaged in misadventure.

Kiko worked us like dogs setting up and then tearing down his booth, which took a caravan of four vehicles to convey properly. I'm not complaining, although that is one of my favorite passtimes - I was too depleted physically to put up much of a fight about it, and the whole three hour procedure is a blur in my mind. There was a short while during which Gabe and I pulled our hands into our shirts and used broken strips of plastic in place of our arms, which we referred to as "Claw Hands." This was just before I began to munch chocolate covered espresso beans a handful at a time, an activity which creates a sensation not terribly unlike Christmas Eve. I recall thinking that everything in the entire world was, essentially, boxed potential, secured by cords of irresistible licorice whip. As that last sentence proves, the magic has not entirely left the building.

I hope you won't be too angry, but we're getting up early tomorrow to start the twenty hour drive back and I need all the restful sleep I can wrangle our of my body. I've saved Neuromancer to do me right on the way back, hopefully it will do just that. Before I collapse after the drive home, I'll tell you all about the amazing people I met, as well as establish that I am a tight bundle of neuroses.

I told someone who came to see us at the con that I would draw a strip this week, and it will probably end up being Wednesday's offering. Lucky you.

it's clyde mathers and bonnie jade