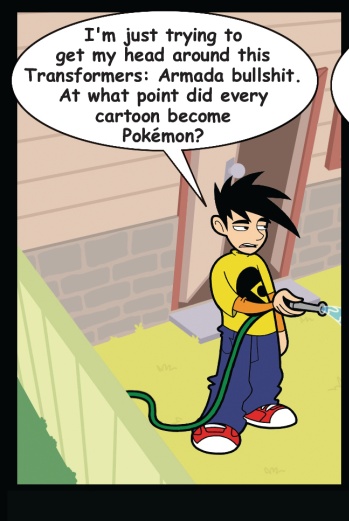 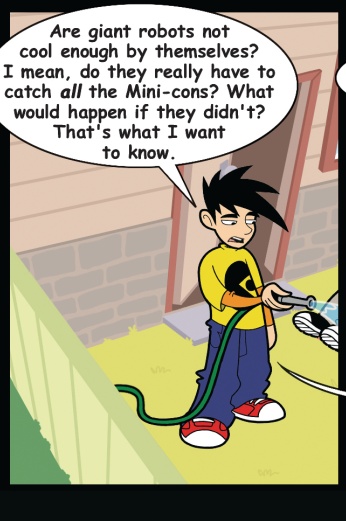 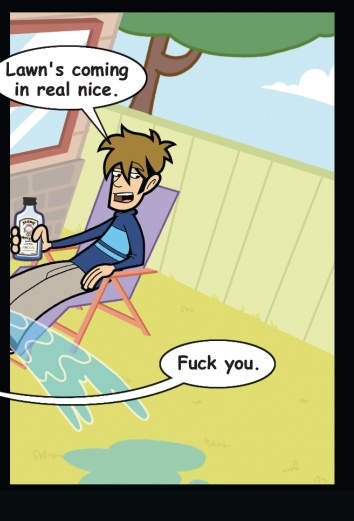 I don't know if you caught the new Transformers: Armada program on Cartoon Network, but maybe we can save you some time. The new show isn't really connected with the earlier series, though it does concern large robots that transform into other things, which I will admit does unite them thematically. The primary addition is "Mini-cons," which are - for all intents and purposes - Pokemon. If I told you that the primary conceit of Transformers: Armada was to see who could catch the most robots, would you believe me? Add some plucky, google-eyed anime kids to the mix, and there's your show: Young, Ersatz Mexicans with Canadian Accents ride Transformer Skateboards and have fun with their Autobot Pals. How art the mighty fallen.

I'm only sensitive about it because it was one of the few afterschool cartoons I could actually watch. Another wayback show called "He-Man and the Masters of the Universe" is also making a comeback this week, but I wouldn't even know if Gabe hadn't told me. I couldn't watch the original - like Thundercats and Voltron, there were pagan elements like Witches and Magic that my mother found worrisome - so I couldn't tell you if the new series was legitimate or not. I did find a very long review however that is clearly written by a big dork (or possibly a big dork flanked by dork lieutenants), which should satisfy even the most hardened Eternia enthusiast.

I feel like shit, I won't lie to you. I've got a cold and a toothache, which sounds awesome on paper but in actual fact it's not all that great. Gabe will be by in a couple hours to go over recent imports with you, after which point I'll be back (tm) to talk shop about the NOLF2 Teaser, and perhaps recite some extemporaneous poetry inspired by cough medicine.

with your best bloods