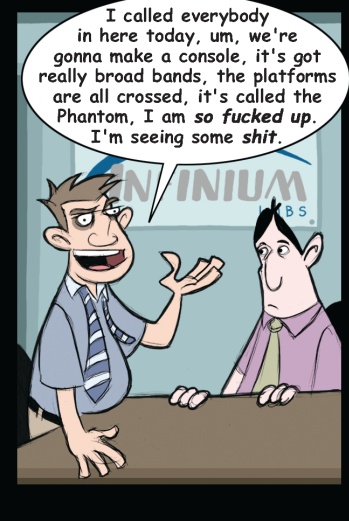 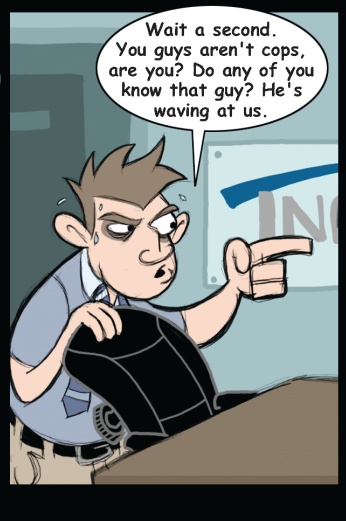 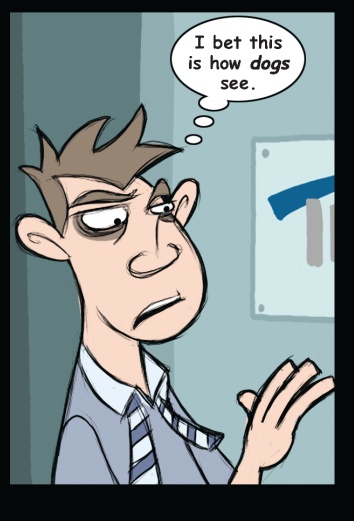 We didn't know what to make of Infinium Labs' mysterious "Phantom" gaming console, but I'm reasonably sure we have accurately portrayed its origins. Every new console has to go through this hazing procedure from us, even magical, spectral consoles like the Phantom which are made of ectoplasm. Feel free to examine their site for clues on what exactly they're doing. IGN pondered many of the same questions we did, it would appear. It seems like it's essentially a sealed PC with a broadband service component that delivers retail games. I mean, don't quote me on that. They could be selling goats for all I know.

Does everyone name their first SimCity Funkytown? I have a suspicion that this is true. What if you run that city into the ground, creating a hell on Earth that subverts God's divine plan? When you wipe that town, do you name the new one New Funkytown? I'm just wondering how common this is.

To be honest, at the moment I'm sort of afraid to invest myself in another town. Monkey and I had what we thought was a very nice town going, New Funkytown. It was the sort of town one exhorts others to take them to. We had some horses, some toxic chemical plants, in essence everything that makes America great. After we'd been playing for a couple hours and really become invested in the welfare of those friendly horses the game crashed to desktop. Now, this is a very different matter from the "bluescreen/restarts your computer" bug. If you've been having that, it's because (as Safety Monkey sussed out after hours of trial and error) the game simply does not like Anti-Aliasing, no way no sir, so if you're having trouble running the game at all look to your advanced video card settings and see if you might have left it on. When a game crashes to desktop with no error, though, no apparent reason, it gives one the impression that it could happen at any Goddamn time. As often as not, under these circumstances I wait until a patch is released before playing it again, because I really don't want to hate my games. A tiny bird told me that the "Bonus Transportation CD" I got when I bought the game can cause crashes under certain circumstances, maybe that's it, but when something says Bonus on it (Goddammit) that's supposed to mean something good. I uninstalled and reinstalled just the game, I will tell you how it goes.

Also: I don't know if you have played the Joe Millionaire drinking game - obviously, if you aren't this tall, you can't ride this ride. There are so many drink triggers in this show that the human mind could never unravel them all. As soon as the show comes on, just start drinking until the show is over. This is a game you can play with any show.

i am a bike thief