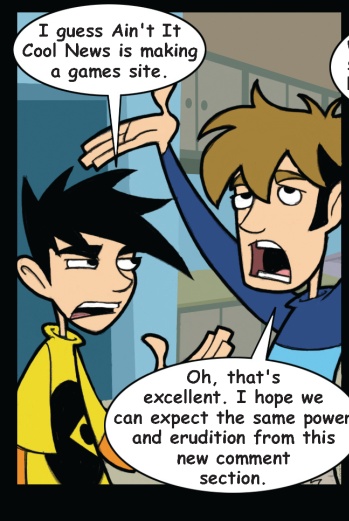 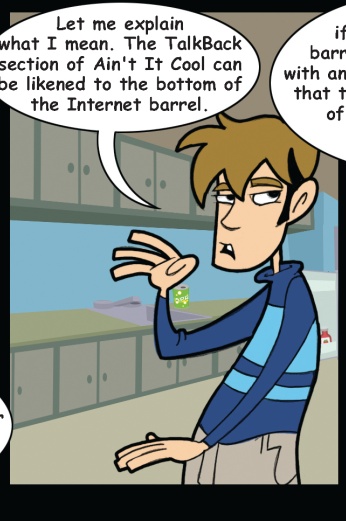 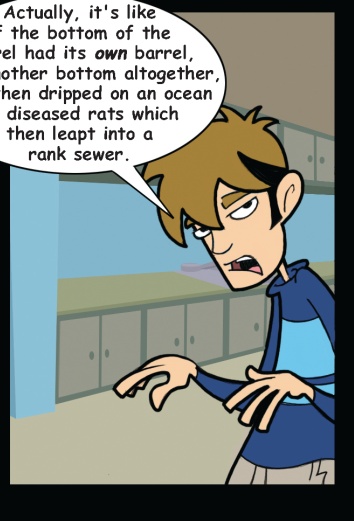 Here's the strip. I'll get to it in a second.

The only good thing about driving somewhere is Depeche Mode's album Violator, and I'm willing to be fairly firm on this point. The place we were going to go was not two hours away, as had been claimed, but rather five hours, according to cartographers, but what would they know about land, elevation, and distance.

I sent Gabe a quick email yesterday from this place of abject despair. Would I survive? And who would care? My corpse would feed the spooky, bare apple trees of the Methow Valley, permeated by packets of wireless data. Arguably, more people would eat apples than read this site, so if I want my byproducts to reach the largest audience I should have dug a hole right there and just laid down in it. These are the thoughts that occur to a person who has made their peace with eternity.

I had brought along my Sidekick, which I am never without, in the hopes that I would be suspended in precious signal long enough each day to keep up with your world. I have been meaning to extol the device in a post, as the device is a super big deal to me whenever I can get it away from Brenna. However, it has become readily apparent to me that we are no longer allowed to like or enjoy things, because liking or enjoying things is evidence of collusion between ourselves and gigantic corporate identities. I have absolutely zero inclination to engage in your part-time, pop nihilism. Yes, yes, everything is quite droll and tiresome. Nothing is worthy. Everyone is a hypocrite and so forth. Your parents don't understand you. Get your account at the Something Awful forums, provided they don't just come free when you turn thirteen.

In any event, my trip was essentially a point to point journey though every part of this state that has no cell access. It was as though I was travelling straight down through the strata of the Earth, a sort of low-tech time travel. I can tell you this much, the farther away you get from population centers - from civilization - the better the pie. This pie was, I mean, it was what every pie longs, strains to become. It represented the potential inherent in each pie. It was superior in every way to oral sex. I have been married for a while, so perhaps I should say it is better than the memory of oral sex. I seem to recall it being pretty not so bad.

Oh yeah, Ain't It Cool Games. I don't really care one way or the other.

nothing can stop me