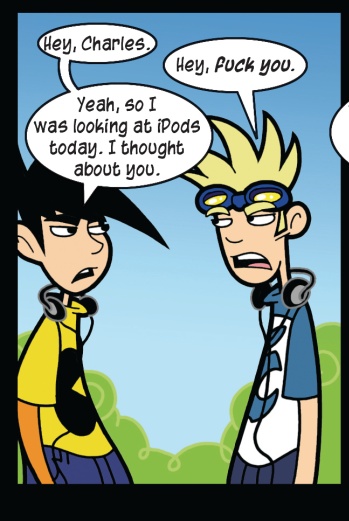 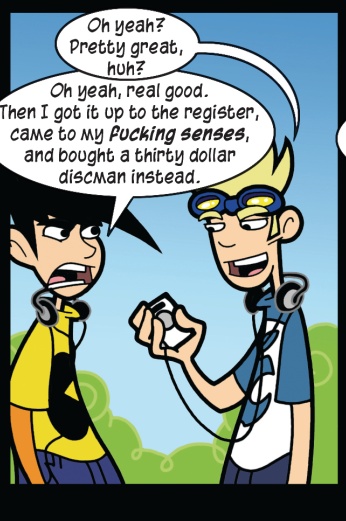 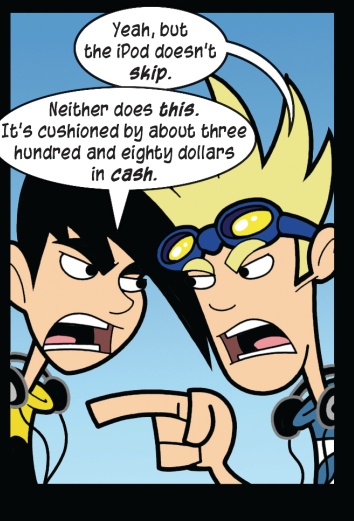 After seeing Scott's iPod storyline, Gabe had to see one of these things for himself. He was very impressed with everything but the price, which quite naturally lead to a heated conversation with a person who doesn't exist in a place that is not real.

This far out from the lights and odors of E3, the impressions of most games I saw have dulled somewhat. There was one with a robot, for example. As I recall, he did things.

And then there's Savage.

Savage is no stranger to my newsposts, where I have hailed its approach to RTS/FPS hybrids as nothing short of rad. Play Natural Selection as the Marines to see what integrating an RTS element does to an FPS, but essentially it transforms a game into a mystical Whitman's Sampler that has one of everyone's favorite candy. Are you your group's Sniper guy? Take a Marksman's Bow. Do you play FPS games just because your friends do, but your true passion is Real-Time Strategy? Jump in the commander's seat, and boss your friends around. Surely, you're thinking that there must be some proclivity not served by Savage, but you can actually take this pretty far. Do you want to strike enemies and buildings with a gnarled, uprooted tree? Just sign here.

I was actually just walking from place to place when I saw the booth, and I can recall telling Pork that we had to stop by and see it. It was behind the showfloor proper, back in an area that was essentially just small meeting rooms built out of dividers, betwixt light and shadow. They were inviting people in to play full rounds which lasted about twenty minutes or so, and we simply adore playing full rounds.

I spent most of my time in the commander's seat, even though I don't really have much intention of doing that online. I just wanted to see if they had a mature enough interface that could both manage my tasks and sort of trick me into believing this was a good and proper RTS - and it does both of these things with aplomb. I pumped out a bunch of peons and set them to work gathering riches and building shit, and from a first person perspective my team just saw these haggard looking men shuffling too and fro, entirely committed to my tasks. Players can enter the "Town Hall," where upgrades are made available to them - they can change to new unit types, up to and including catapults and whatnot provided their commander has been a dutiful steward of the team's money. There are even creeps, a la Warcraft 3, fairly dangerous creatures that players can clear out for gold and experience. Though it was an improper use of my abilities, I would often sic Porkfry on a small group of howling simians near our base. While we can't be sure that they meant us any direct harm, never let it be said that I took the monkey menace too lightly.

There are two sides, and though we were only able to play one of them very nice S2 Games people showed us some units from the Beast race, which accomplishes with magic those things the humans do with science. This is where we saw the massive, tree-swinging troll type character. There was also a lithe and primal cheetah man, which should make Savage a furry favorite.

I do expect an RTS to let me group players into easy-to-access teams, and maybe it lets you do that, but I couldn't find evidence of it. It's hardly a gamebreaker. EB's site says the game is hitting in a month, and what I played was polished enough to make me believe it.

she makes my head spin around