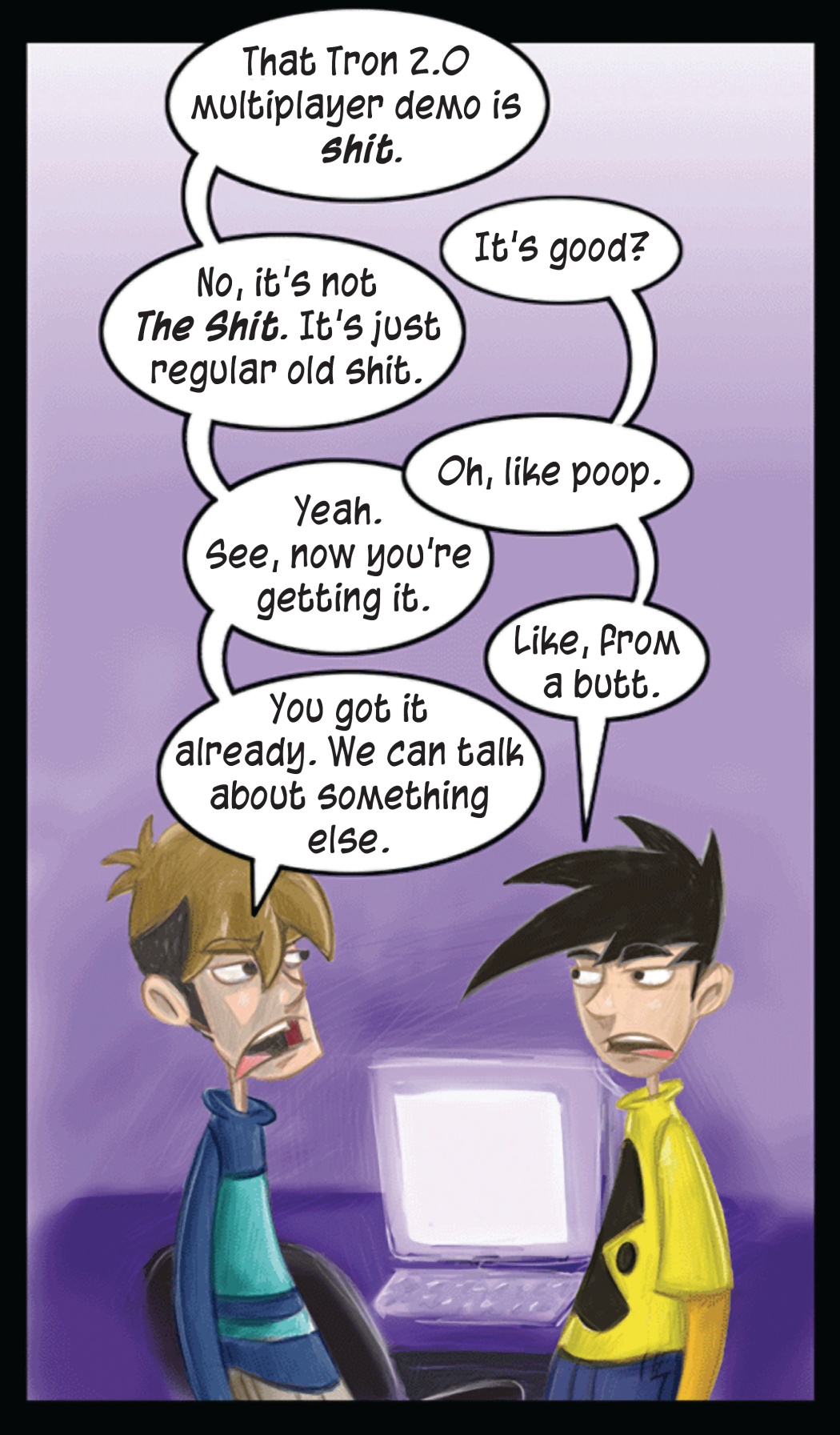 Just saw on VE that the Tron 2.0 multiplayer demo is out. Let's see how they did.

If you were unable to download it, or if you are just curious about my final opinion for whatever reason, just check out today's comic! This demo is miserable trash. In fact, were I to describe the game for any length of time, I would quickly plow through all my euphemisms for trash. The Cycles were fine enough for an E3 demo, but as I mentioned at the time they still had a ways to go catching up to even the freeware Armagetron. So what you have is the Gladiator Matches, which are an expression of hatred toward gamers, an epithet. And you've got the Light Cycles that are only playable on a LAN, if there. I've been assured by those within the project that the single player portion is quite enjoyable, but in this instance one must consider the source. It is easy to imagine this person sending me that mail while gnawing on a human femur with a look of consternation, typing atop a pile of ribcages with a free hand.

You may notice that the art looks a bit different in this strip, and as much as I'd like that to be a trend I won't get my wish - Gabe had to go back to Spokane for a surprise visit, and he could only bring that laptop he draws on to do the comic. While I am the champion of Linux Weirdos and Open-Source Zealots in this context, when it comes to completely changing Penny Arcade's visual presentation until you no longer recognize it, I'm all for that. He won't do it, out of deference to you, but I see no reason why the look of the comic should be determined forever by some earlier coordinate in his artistic development.

Both Scotts are talking about Micropayments, so I figured, why not.

When reading about Scott McCloud's The Right Number, the new digital work he is offering for a 25 cent micropay, I was trying to resolve a Chicken and Egg problem. Micropayments are only going to work if you, by which I mean you the consumer, like them. But you'll only like them if there's something super compelling for you to go through the trouble of signing up. But if there aren't a lot of consumers out there ready to flip them nickels or quarters, there's not a whole lot of impetus to go through the trouble of setting up with the system as an artist. And even once you do, then what do you get - two bucks? I believed that Micropayments were an invigorating concept because when I was first introduced to them, it resonated with my subconscious belief that the Internet was Man's Eden. You can fuck with me about the exact phrasing of that, but more geeks than would care to admit it totemize the Internet in one way or another - they believe it is inherently a force for good and has a fundamentally idyllic nature. In any case, I was like, "Yes - this makes sense because it will further equality and the producers of artistic works will be compensated by this benevolent system." I am telling you, once you subtract the faith element from the equation, there isn't a whole lot left.

Here is where I stand now. I don't doubt that Micropayments could do magical things for people, but there are many barriers to this actually happening - barriers of a social, technical, and monetary nature. That isn't anything more than I've said before. The new part follows: if you could make Micropayments work, rubbing nickels and dimes together until the friction creates a tiny bit of warmth you can treasure, then you could make any system work. You have enough people giving you a dime to live on? Giving you a buck, even? Then why are you messing around with Micros? If you have enough readers who care about your work to go through all that rigamaroll, you could succeed with any business model. You and the Captain could make it Happen. 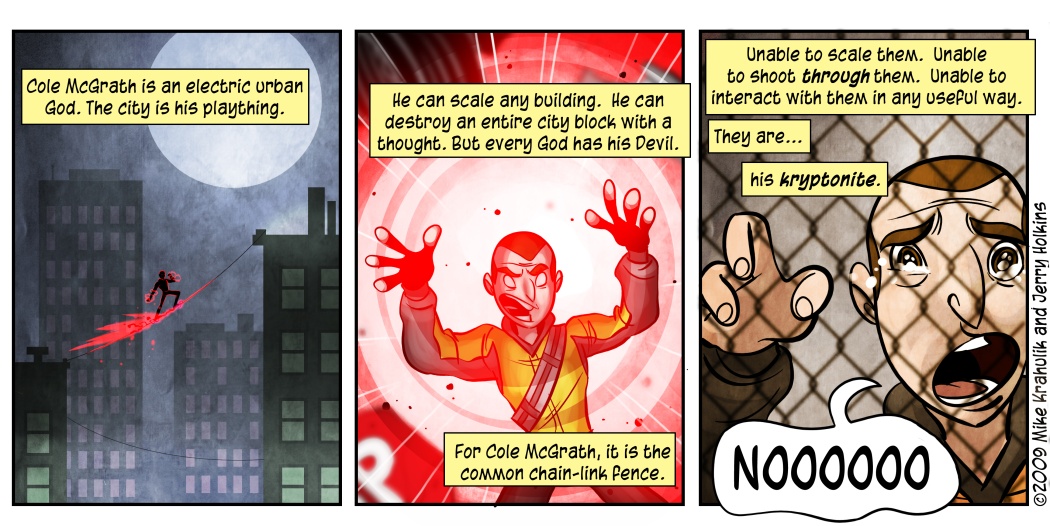