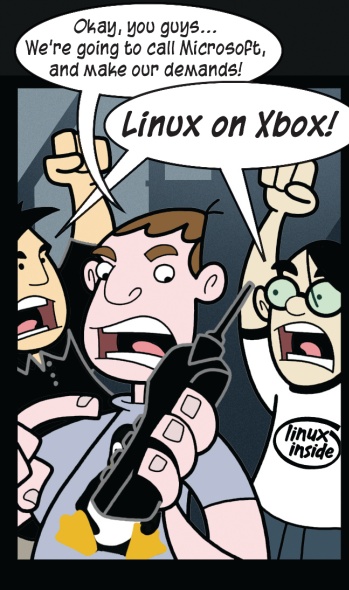 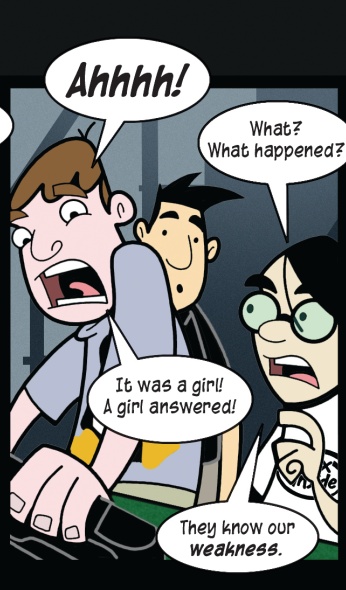 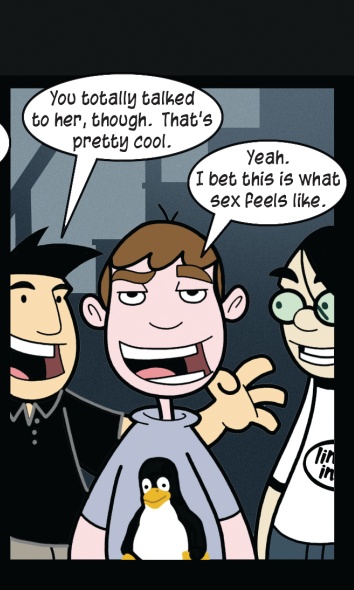 Do not - I repeat, do not - write me about this comic. Short of transcribing it from dictation, the strip as you see it is completely Gabriel's doing and all mail of any kind should be directed to him. I'm the one who tries to be a good person, to see where others are coming from and to recognize each person's unique gifts. I am the one who mediates concerns and endeavors to minimize hurt feewings. I have indulged him in this matter because his belief that the perpetrators of the blackmail are "hippies" is very strong, and I thought he might explode if he were not able to fashion a response to them. So that's that. Ain't a bad strip, neither.

It has happened on more than one occasion recently that I have been reading an article about this or that game, and thinking "God dammit, I had meant to talk about that." So, I am going to catch up.

As has been expressed many times in this space, our affection for Raven Shield actually borders on a mania. I try to represent us online, but as a group we focus on co-op - so obviously, the upcoming Athena Sword is a source of some excitement. When Rainbow Six 3: Raven Shield came out, the release date for the Xbox version wasn't far behind which lead me to believe that we were talking about a fairly straight port. Well, not entirely straight I suppose - it would have built in voice or whatever. In any case, I felt confident that I could basically get both by buying one, and settled on the PC version because it was out.

Here we are almost a year later, and the Xbox version never did materialize. At E3, I found out why - because it's a completely different game. I couldn't say if that was the original plan or not, but it's something I wholly endorse, because they're using the same heavily modified Unreal 2k3 engine found in Splinter Cell. Now that it's out for all platforms, PC included, I feel like I can make a reference to the sort of lighting effects you might see and be reasonably sure you know what I'm talking about. Except that now, we get effects and environments like that in a tactical first person shooter. New levels, different story, and no planning phase that I could see. I do recommend that you check out Gamespot's new feature on the game, as they have played it more recently than I have - they also cover the new reticle system, which I found interesting.

I caught The Matrix Reloaded again last Saturday, only this time it was showing on Imax, which was completely astounding. I guess Revolutions will be released in regular theaters and Imax concurrently, so deciding which to see it on seems like an easy choice. I enjoyed the film a good deal more my second time through, though I still derived no pleasure from the interminable dance/sex scene. It's one thing to see two human beings getting it on in a regular movie in a regular place, but when you are watching two giant beings doing something of that nature on an Imax screen it is another matter entirely. I'm talking about thick cords of spit, the with the radius of a moist telephone pole. Vile.

In any event, I realized as I was being subjected to this that I had not told you about The Matrix Online. The game Enter The Matrix takes place simultaneously with Reloaded, while The Matrix Online actually takes place after the third movie - which implies that there are still battles to be waged there even after whatever resolution we get from the third film. Indeed, they even characterize the online version as the fourth film, which is something for enthusiasts to ponder. Combat is a bit different from other massive games, in that it uses a Rock/Paper/Scissors metaphor with elaborations. By "elaborations," I mean that different martial arts styles have bonuses to defend or defeat other styles, imparting (as they put it) sharper scissors, thicker paper, or more durable rocks. I'm fixated on RPS, so I'm actually kind of excited to see how that plays out in multiplayer combat, which looks much as you would expect it to. It goes without saying that style and fashion play a gigantic role, and clothing - like martial arts skills, and other secret information - form the basis of a barter economy. Players that form clans, I was told, are essentially travelling in the same ship with the same operator. There is no gameplay to depict the actual world, which is fine, but it's always the role of the Operator that has fascinated me about the movies - I'm not saying that they should put it in, because I am probably the only person who wants to do that. But the ability to help out your crew in a sort of metagame where you grant buffs, information and so forth just sounds hot.

People can most certainly orient themselves with some other side, I said machines before but that was presumptive - who knows what sides are available. In any event, it should make for some interesting PvP.

how to break up with your girlfriend 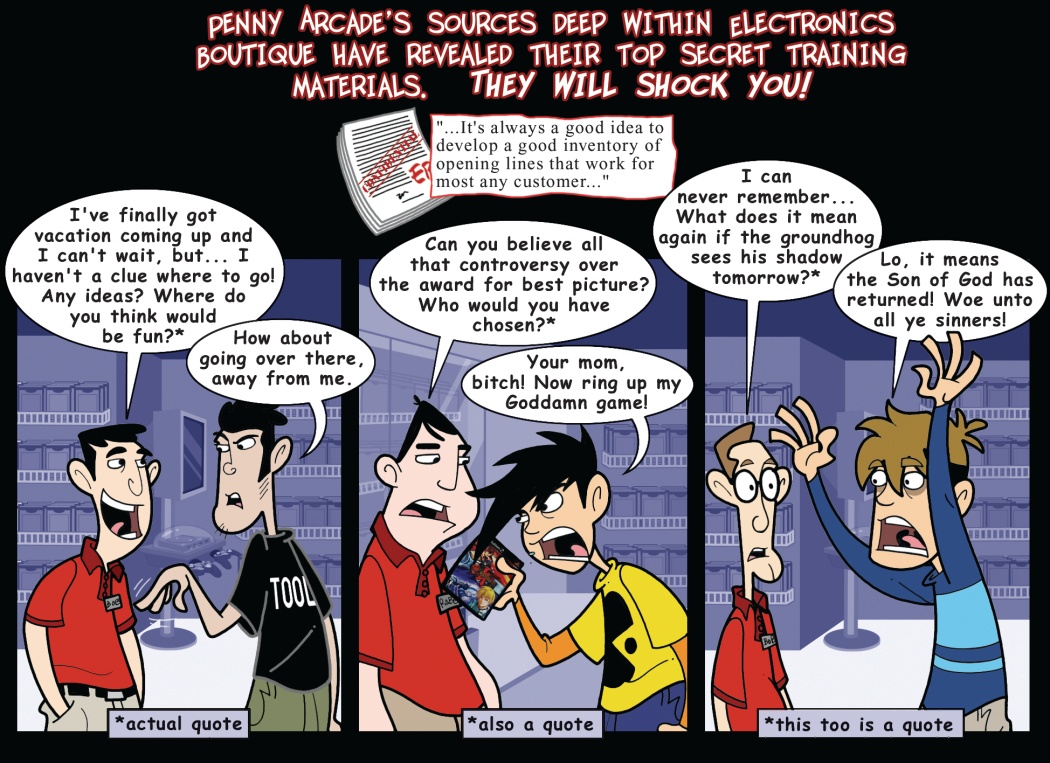