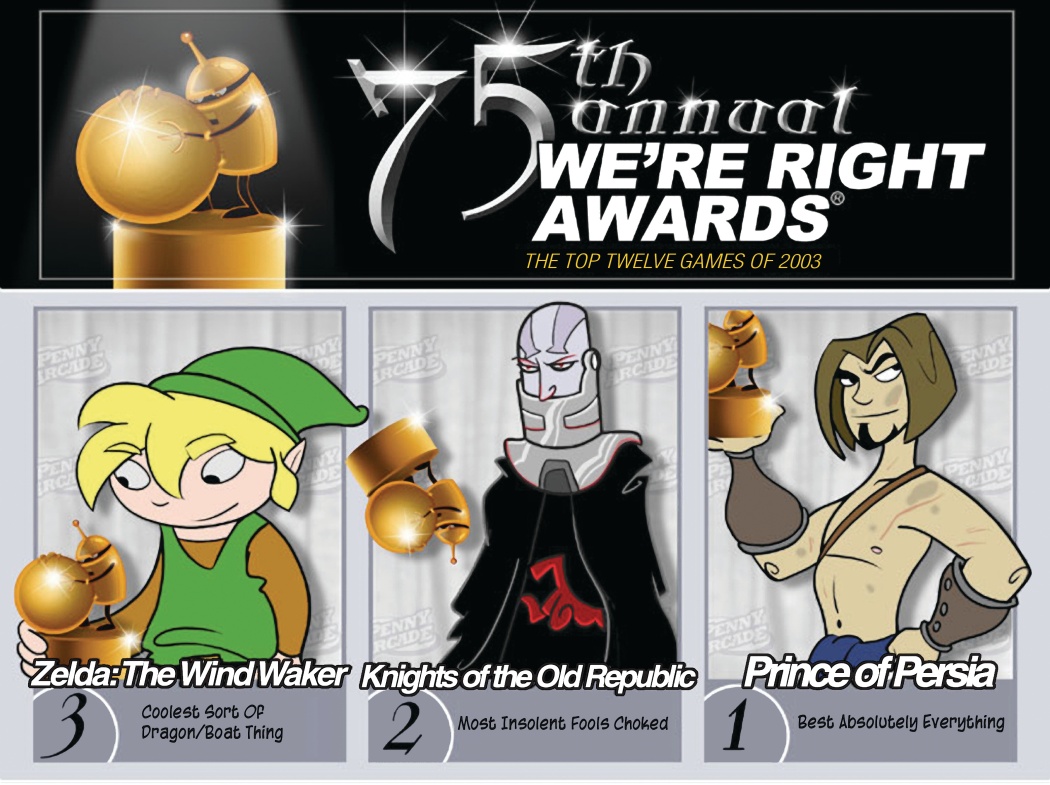 And now, the winners of the We're Right Awards.

Much was said about the game's unorthodox representation of the much beloved Link, and no one would say that it wasn't a startling move. This might have been important if the game were a series of non-interactive slides, like a family vacation, but as it turns out there was actually a videogame associated with it. A good one. How good? Oh, let's call it Number Three.

2. Knights of the Old Republic

Kotor did a lot of things, but aside from being a good RPG, with a great story that twists right up to the end - things which we can all appreciate - it reminded me that Star Wars was actually kind of a good thing. I hadn't realized to what extent my estimation of it had been degraded. To my mind, giving Star Wars back to us is grounds for beatification. You like that word? I learned it in Italy.

It looks and plays brilliantly. It has a good story that ends extremely well. The combat is siphoned directly from adolescent ninja fantasies. Shit, it's even funny. How they managed to capture the spirit of classic platformers - not just the original Princes, but the entire play concept - is simply beyond me. More games should be this good, we should demand it of developers and they should demand it from themselves.

We had a couple of high-profile defections into 2004, namely Half-Life 2 and Doom 3. 2003, in my opinion, proved the necessity of having a console around - like you would a Spare Tire - strictly for emergencies.

Since I got home, I've done little else but watch this Firefly DVD boxed set. I never watched the show when it was on television, though I would demand that Gabriel recount each episode for me in exacting detail. Understand me when I say that I could regale you for hours, hours, regarding minute details of this science fiction western, which is from the Buffy guy. How they swear in Chinese, which M.G. assures me is a language uniquely capable of withering a person. How they combine geisha tradition and prostitution into a sort of bizarre respectability. I've always liked Westerns, and I've had to tolerate the Old West setting to get my fix of frontier living hardasses that shoots them's what looks at 'em. It's the best television program in recent memory, and there were three episodes that never aired due to series cancellation - the set has those, too. I must admit that the whole cancellation scenario really indicts the system we've got set up to produce our television shows. I propose an indistinct alternate system with hazy details that I will never fully define.

They say that when God closes a door he opens a window, which is nice I guess, but if it's all the same to him maybe he could just leave the fucking door open? He's omnipotent, and presumably this state allows him to open a door and a window simultaneously. Or maybe this is some Myst bullshit where when you open one the other closes automatically, in which case he shouldn't get the credit anyhow. At any rate, the most recent example of this phenomenon is this - we don't get to have the show anymore, but we do get a movie. What that has to do with God exactly I'm not sure.

nothing soothes quicker than complete despair 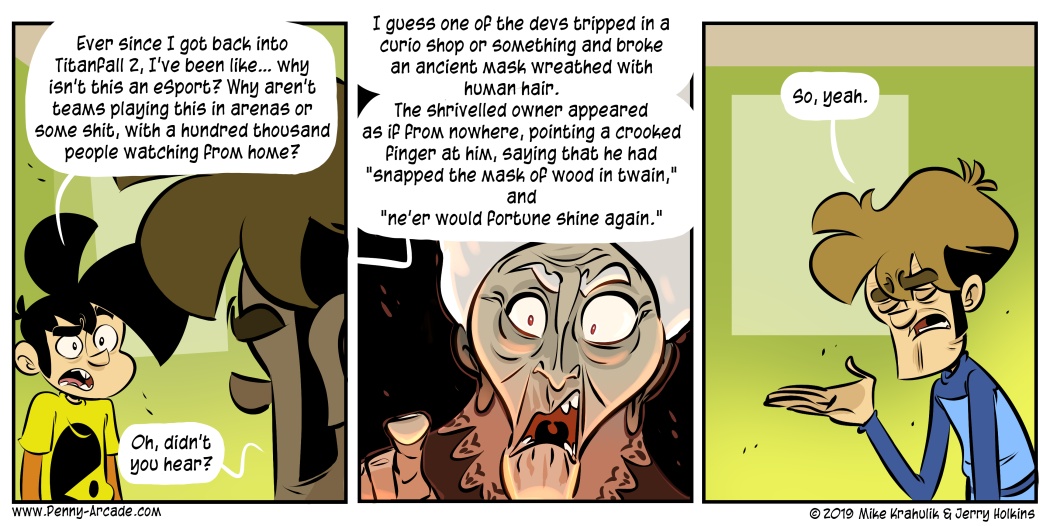