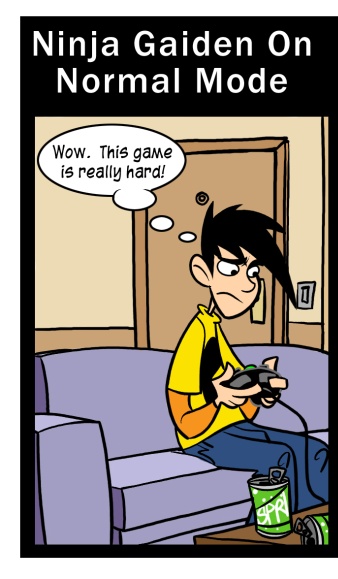 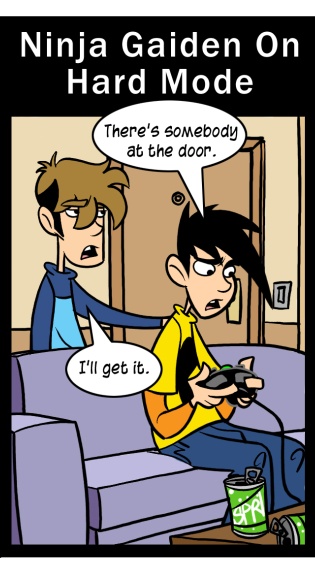 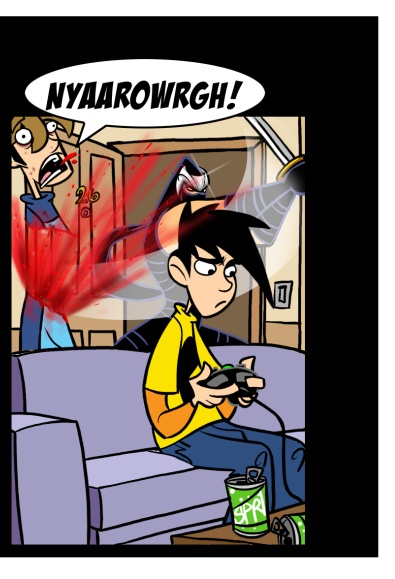 Shit damn Ninja Gaiden is hard, it's so hard that your friends will die. It's also completely great - once you've gone a few levels, just start a new game real quick and take a look at the guys you thought were bad-asses before. Those guys are feather pillows compared to the beasts and murderers you rub up against later.

For a geek, my resistance to gadgets is extremely high. I wish that I could say that it is because I know only too well the speed with which obsolescence grips that genre of consumer technology, making my reticence in this regard a function of great wisdom as regards largely unnecessary but indubitably sensual equipment, but that's not quite right. I waited until Internet capable cell phones had large screens and full, comfortable keyboards before seriously considering one, which I thought exhibited the utmost restraint in the face of such pleasures. Instead of it being particularly wise or pragmatic, it's more that I believe if I wait long enough they will eventually put all the devices that have caught my eye into the same machine. I only want to go to the store once.

I like my Hiptop quite a lot. It's an excellent, ergonomic data device and a passable phone. Jay-Z owns one, and I think of myself as tasting the player lifestyle each time I send a text message to my dogs. Mainly, though, it's friendly. It is never mean to you, and the way that it works makes sense to most people. My wife Brenna has one and loves it, which is odd because she has said (perhaps not in as many words) that technology is a force for evil in our world. That the Hiptop won her over is a feat all by its lonesome. On the other hand, the idea of that phone as a fully functioning "platform" really hasn't materialized for end users. There is a development kit available, but regular humans never really taste the fruits of those endeavors, and the company is too secretive about the future of the platform to interest me in waiting around. The customization options common on even the most basic phones don't exist here. Unfortunately, now I'm hooked on a large color screen and sizeable qwerty-style thumb-board. I need something that does all the stuff I have now, only it's hooked into a major platform like Palm or PocketPC for apps and is more comfortable to hold against my face.

Basically the MPx is the phone that springs fully formed from my head. It can do every last Goddamn thing that occurs in your science fiction communicator wet dreams. They aren't even saying how much it will cost yet, which is nice for me, because it lets me imagine I'm the kind of person who could own one.

I have no idea why sites persist in utilizing RealMedia compression when there are viewers that molest a user's machine to a much lesser degree. It would be one thing if installing Real's stuff didn't involve braving about four hundred menus, each one of them dense with peril, you can tell it not to do shit but none of those buttons are hooked up to anything. Every now and and again I'll find a questionable video that I'm willing to install it for, but once the novelty of sex in zero G or the lego version of Star Wars wears off I uninstall immediately. Well, there's a player that watches Real video that I don't mind leaving on anymore - check out the Real Alternative if you too are fatigued by the cycle I just described. Apparently they also deal in Russian brides. I wonder if there is a way that I could know true loneliness. Oh, I know - I'll marry a foreign woman who secretly despises me.