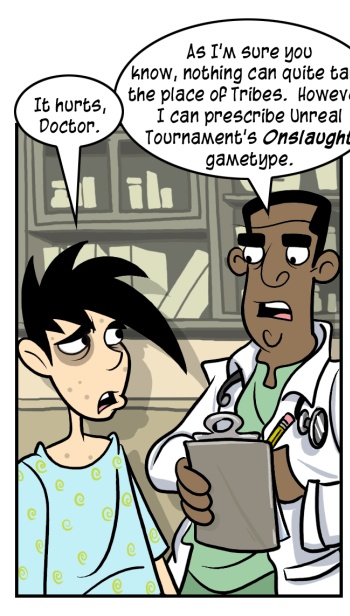 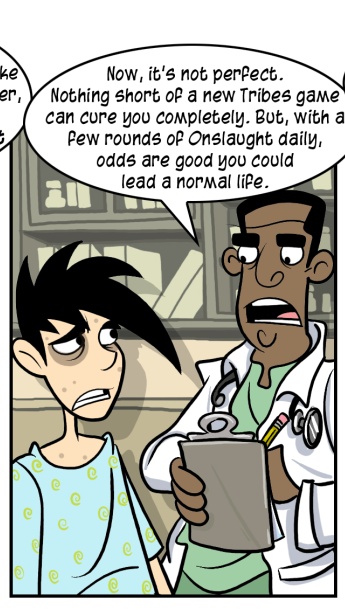 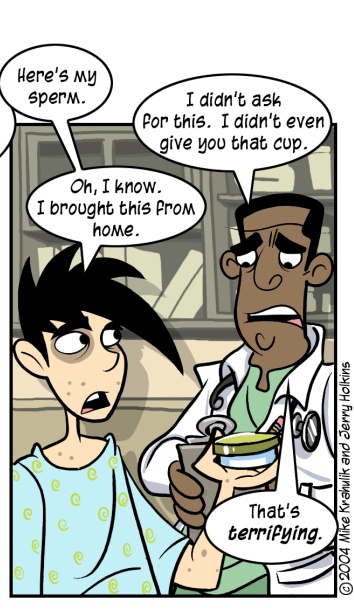 I wouldn't say that it's as innovative as XMP, it doesn't take anywhere near the chances Unreal 2's Expanded Multiplayer does. That's all well and good, but I never succeeded in converting any of my friends to its unique gameplay, not even after multiple weeks of evangelism. Onslaught, on the other hand, doesn't require any speechifying. There's only two tricks: using Link Guns to build or repair nodes, and capturing points that connect all the way to the enemy core. I mean, there you go. That's Onslaught.

And who could say that the combination of large maps, vehicles, and fast action did not bring them back to the heady days of the original Tribes? The upcoming Tribes: Vengeance excites at the mere mention of it, and though I bear considerable faith in Irrational it remains to be seen how exactly their interpretation will shake out. In the meantime, though, I believe it is fair to think of Tribes as the pure product ingested at the finer clubs and Onslaught as the condensed, possibly adulterated substitute available on the street corner.

People seem happy to have Assault back as well, but if the other Assault maps are anything like the desert raid in the demo any official one requires an animated fly-by, voiceovers, and dialogue which makes them a good deal more work intensive than an Onslaught map - that might be why we only get six of them. I could certainly be wrong, I hope not, but here goes: it is my impression that Onslaught is going to be a very popular gametype for community map production. Though the nine maps they included are certainly appreciated, it's my belief that the situation will be rectified in short order by talented enthusiasts and the official bonus packs which have garnered the UT series such acclaim. After seeing the Community Bonus Pack for XMP, the level of workmanship and aesthetic power, my heart does titter when considering the outlandish scenarios we will soon play out in UT two-thousand four.

I'm seriously considering pre-ordering it, which goes counter to my very blood but I don't want to miss out on those new Onslaught and Assault maps because the EB up here didn't order enough copies of a game that's clearly caught fire online. It's a big decision and I might need to sleep on it.

Just as an aside, I played a fair bit of Unreal Tournament - 2k3 and 2k4 both - at a LAN party for a friend of mine's dad. That's what he wanted to do for his birthday, have a LAN party. No, I'd never heard of it either. Turns out his whole Goddamn family loves deathmatch. A couple rounds of Onslaught later, they were linking beams and busting nodes like professionals. Earlier that night (during a particularly frenetic round of Deathmatch on Phobos II) his mom chastised him, saying "Clint, I think your mother deserves better than to be killed by the translocator."

That's really not something I ever expected to hear.

from the days of cheap gasoline