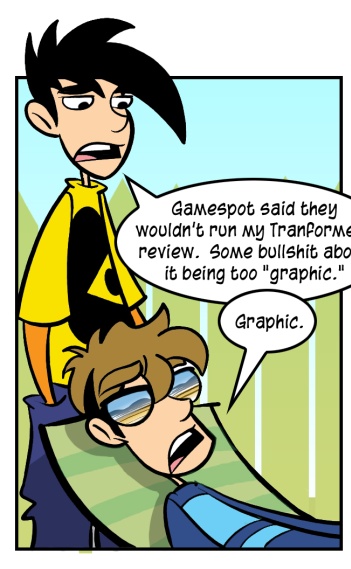 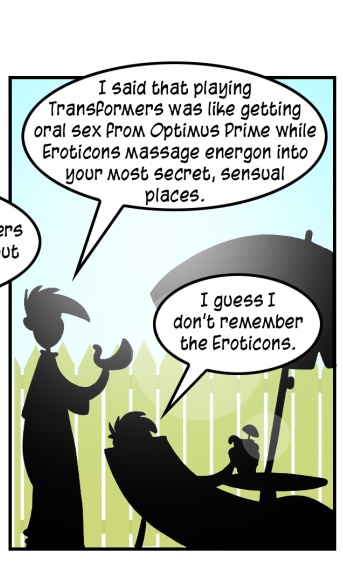 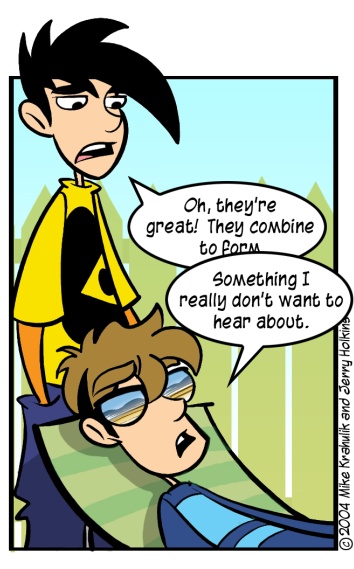 Another odd footnote in this Quality of Licensed Games thing, it would appear - even Transformers has been treated with affection!

We wouldn't believe it, though - not in face of reviews so unchained in their joy as to nearly be songs. We were even able to endure the positive e-mails sent by readers! Eventually it was thrown on the GameFly list, but not with care or genuine interest, it was in more of a taunting manner. Game, I will rent you only when the world sings your praises in unison, and the cost to me is (for all practical purposes) nonexistent.

I am never at a loss for something to play, between the unstoppable creative torrent of the mod community and the output of a gigantic multinational industry my time is usually spoken for in absolute terms. So, games I'm enthusiastic about get played, and then games I'm not sure about get played. A PS2 action game based on a resuscitated license still warm with the memories of a solitary childhood is bound to fall through the cracks, despite my enthusiasm for sentient machines, because Massive games tend to absorb any excess time.

No knowledge of the new shows is required to enjoy this game - you'll know that the Decepticons are the bad guys as soon as they start shooting you for no reason. We expressed dissatisfaction with the new cartoons cartoon as you might recall, but I will allow that at twenty-six years old I am probably not their target audience. They're trying to sell robots to children. They convinced me years ago that I could never have enough Goddamn robots, so their payload has been delivered. Robot deficiency is one of the central themes of my life. Mission accomplished, I suppose.

Transformers is just the kind of solid, satisfying game that you hope gets a sequel so they can build on some of the concepts. Understand this: where I might abhor the concept of Minicons in a cartoon, where Autobots and Decepticons pantomime the acquisition of toys in a television program already fraught with marketing messages, in a videogame it's absolutely fucking fresh. So, you have your basic action platformer. It's using a license you remember liking, so it's kickin'. All these games make you collect something, in Mario it's Stars, in Banjo Kazooie it's music notes or something. In this, you collect two things:

Minicons are terribly desirable, and I burn with an unchecked need to obtain them. Every powerup you would get in another game of this type takes the form of a Minicon in this one - so every weapon, special ability, passive defense, everything is from something you have collected. And, since you can only slot four of these things, you need to be a bit choosy. We thought we'd stumbled on a sort of Ultimate configuration recently, leading me to believe that the system was pretty cool but had some loopholes, but then our victory in some huge fights was held up precisely due to our reliance on certain abilities.

Datacons are essentially special feature unlocks - so, it's things like a new version of the Theme Song, or all the full-motion video in the game featuring the different characters. On top of that, you have the actual transformation diagrams of several toys that you can run through step by step, or comics you can read right from the menu. The earth beneath you isn't going to crack and honey isn't going to pour out. But, there's some neat extras that are actually worth looking at.

The robots in the Transformers game feel as ponderous as they should, while maintaining an organic sensibility - they're heavy equipment and I want that to matter. Switching into vehicle mode actually gives you a very different feel, they didn't try to gloss over the vehicle controls to make them easier. There are three Autobots in the initial roster, Optimus, Hot Shot, and Red Alert, who play differently enough to make it an actual choice. The environments often require the use of vehicle mode for Dukes of Hazzard style jumps, and so taking a ramp, transforming in mid-air over a group of enemies is a beautiful thing that you can cherish frequently.

There is some slowdown at times, okay, it slows down a lot, but if you saw what it was trying to do you'd probably understand. Long draw distance coupled with (in some cases) well over thirty enemies, some of which have alternate modes themselves, and everything operated on by some kind of physics calculation. Physics in games we've sort of some to expect by now, particularly on the PC - they don't really shock me these days unless they accurately simulate something on accident. Here, where every combatant is actually a sort of living machine, the contortions generated by the physical simulation actually look right.

They even try to communicate the personality of your team in the menu, when they're just sitting there - Red Alert maintaining his weapon, the brash Hot Shot nodding his head to some inaudible beat. I haven't even begin to discuss some of the massive bosses, and I won't cover them with any specificity. Honestly, I wish that I could forget so I could see them again without prior knowledge.