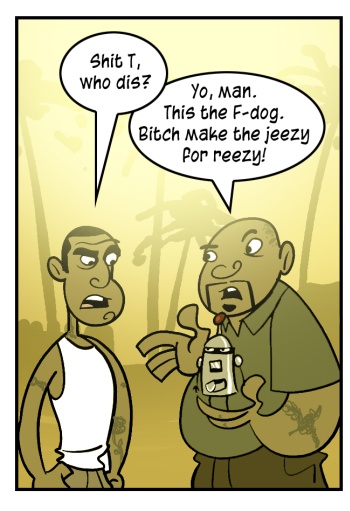 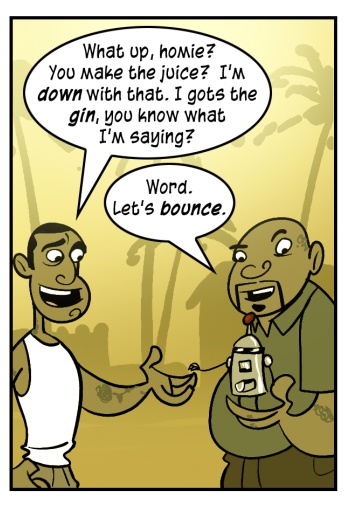 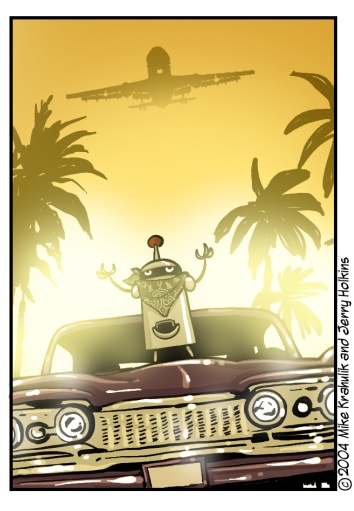 Rolled into EB yesterday for one of those Pelican system selectors, the one you could comfortably live inside of, and situated myself in line behind four young men dressed from head to daemonic cloven hoof in black. I mentally flipped through the recent releases, seeking a series venerated enough to warrant this sort of adolescent congestion.

When I saw one of them proudly brandish a black San Andreas bandana, it suddenly became clear.

Like Halo, Grand Theft Auto's foul-mouthed, amoral sagas have an appeal inside and outside of our core community. Repelling alien invaders has always had a universal, indeed, a nearly patriotic quality, but purely terrestrial concerns magnified to epic volume are not without their cinematic power. The games submerge the player in content of various kinds and challenge them to come out of the experience with the game they're interested in the most. Speaking from personal experience, my interest in the actual missions wanes almost immediately. That's absolutely been the case with San Andreas. I still find the camera, controls, and combat of the console versions to fall short of the series' promise - a promise manifested most surely in their impeccable knack for creating cities which feel real. That the series has been able to succeed almost purely on the personality of its presentation for as long as it has is a either a credit to its manufacture or an indictment of our collective intellect, and you're welcome to believe whichever one you want to.

I won't deny that the game has a real shine to it when you start playing, that shine carried me almost entirely through the first two. I wish I weren't saying this, I wish I was just giving it a 9.9 and clicking okay on the upload script. No-one would disagree. There are many ways to play the game, and as I've suggested the personality it projects positively gleams. The voice work is excellent, and some of the best writing in games today can be heard on the many remarkable radio stations. With friends over, it's almost like a performance art. But I don't particularly enjoy playing it, as a game you understand. I fully expect to be in the minority on this.

You might recall that the Fruit Fucker ultimately escaped from his island prison, a fact revealed in our crossover with Elf Only Inn. Things might not have worked out with Megan, but it would appear that he eventually found a stable peer group in Los Santos. Gabe also worked up a wallpaper real quick for today's strip, if you're interested.