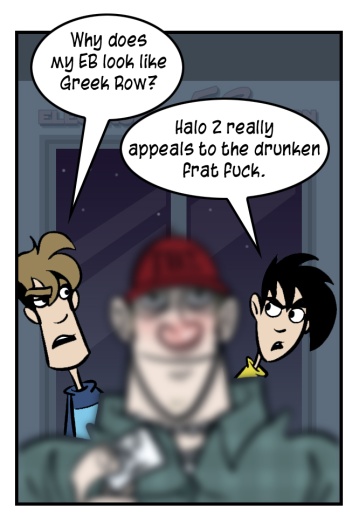 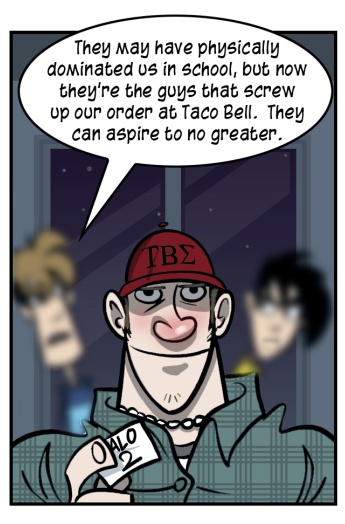 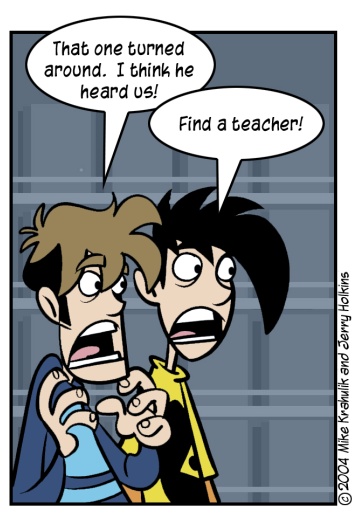 Anyone who is on Microsoft's press list received an email on the sixth of this month, describing with a fastidious precision the sorts of things you can't say in your reviews. When taken in aggregate, these taboos cover virtually everything I want so desperately to tell you. Sorry. On the other hand, I don't have a copy of the game any more than you do - my playthrough was based largely on skullduggery. Not the leak, you understand, and certainly final code but still not precisely through official channels. So the release version of multiplayer - the only thing one can realistically depict without fear of reprisals - is a topic utterly outside my knowledge. So, now I have to apologize again. I do strive to be useful to you.

The one thing I can tell you is that the game does not appear to have an ending. Whereas the first game did not end, indeed, stubbornly refused to end, even once the content had been utterly used up, Halo 2 goes to the credits at the very moment the story begins to glow hot with heat. I didn't believe it when I first saw it, and I speculate that those who are victorious on Legendary mode are rewarded with more - but when I say more, really I mean anything at all.

It wouldn't be so bad if I hadn't just spent a couple months enraptured by the bees, a feat of electronic storytelling which invested the Halo universe with such life and vigor that thoughts of playing Halo 2 were practically overpowering. I never know when I'm being reasonable, when the way I feel about something is actually appropriate to tell another person, so you'll have to forgive me for being disappointed that Halo 2 does not even attempt to resolve the epic conflicts it creates. It's like when you got the really big chocolate bunny at Easter, and all during dinner you imagined what sort of filling might be in there. It would never occur to you that there was nothing inside it, nothing but nothing, air from the tip of the ear down but there's not a Goddamn thing in there short of your fond fucking wishes.

I honestly don't know what compels me to tell the truth on my website. My lot would be much easier for the lack of it.

They're right to place such strictures on what reviews may describe, but unfortunately that means that I can't tell you some of the cool things that help to offset the odd culmination - and I wouldn't want to steal it from you, even inadvertently. Suffice it to say that if you loved Halo, or at any rate you did before Todd converted the Xbox into a bong, really more of a hookah I guess, you will almost surely pee on yourself and quite possibly anyone else who is not safe beneath a tarp. As a gameplay experience, outside of a space of doldrums in the middle, things move with a purpose and embroil you in action setpieces and compelling scenarios that could never have existed in the first Halo - for reasons you'll find out soon enough, in some cases as early as tomorrow night. The story payload that managed to find its way into the completed game will generated fevered speculation for months. Stealing enemy vehicles feels better, if you can believe it, than it does in Grand Theft Auto - a game which is literally named after the procedure. Because the act has not been reduced to an automatic event, you take a far greater degree of ownership in it. Steal a tank and tell me how it feels to bash a hole in the armor plate, planting a plasma grenade inside to flush the occupant. You're going to tell me that feels pretty Goddamn good, and you'd be right. Now, imagine doing it to another person.

Even if you wanted to whimper softly about the ending, you most likely played it in co-op so there is another person there to comfort you. The true fact of the matter is that I give the two of you one minute of half-hearted rage and denial before you're online on the same box, effortlessly joined to games of your skill level, your twin models emblazoned with bee decals, and all real or imagined transgressions of the single player campaign forgotten forever. Don't worry, I'll bear the grudge on your behalf.

don't know how to ack