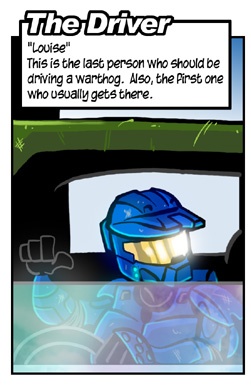 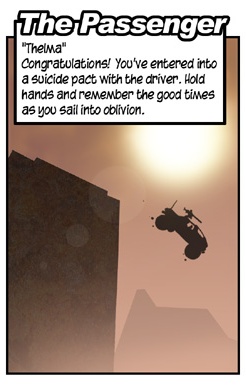 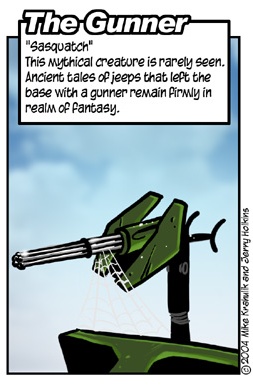 There is a considerable amount of Halo wisdom to be imparted, and it may take the rest of this week and lo even unto the next week. I've had time now to check out the multiplayer a bit, though not as much as I'd like - I think I understand the system now at least, which took some doing.

There wouldn't have been any confusion if I'd just digested the documents they made expressly to ease the process for new players. I'd even played earlier versions of it, and I still wasn't prepared. While you can get yourself plugged into an online match pretty quickly if you were already familiar with Live terminology and aren't terribly picky, matchmaking in Halo 2 is philosophically unlike the ways other games accomplish the same task.

The first time Gabe and I made a "party," I didn't understand the context they meant it in. I was thinking of it just as a group, or something to that effect - a little clique that we would use as the basis for matching. Also, I was thinking of the Fellowship of the Ring. That's one interpretation of it, I guess - the two of us are in there, and at any time we can put ourselves into rotation on the service and get dropped on the same team in a random match. Or thwart Sauron.

Here's the other way to think of it, and it makes what they said about "bringing a social feel to online matches" really make sense: When they say party, they mean LAN party.

While it's true enough that any "party" can make itself available to all comers online in automatched rounds, you can treat it just like the guys in your party brought their machines over for some debauched weekend. Play whatever insane gametype is the jewel of your LAN parties without having to set up a special day for it or extricate pulverized cheeto from the rug. And, when a few of the people you're playing with need to drop for the night but you've still got a crew that's four or so deep, just put yourselves out on the net and keep playing, no doubt against other groups doing the same thing.

It's odd when you first start, especially if you're used to PC-style server browsers or classic Live optimatches, both of which make up for their deficiencies somewhat by being highly explicit. Once you get the hang of this new way, it's startlingly humane and organic in comparison.

In other news only somewhat related to Halo, that special edition headset they released is a work of Goddamn art. It came with this review copy of Halo, and I'm glad it did because I'd written it off as a piece of ridiculous extravagance. It's not. It's a precision instrument that is much more substantial than the job requires. I'll buy one next week, and give it away in some crafty and elaborate contest that I make up right there on the spot.