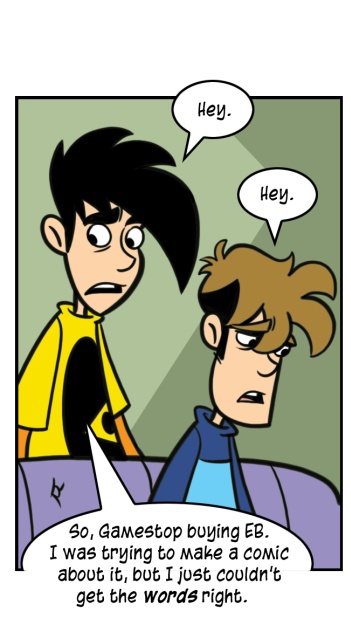 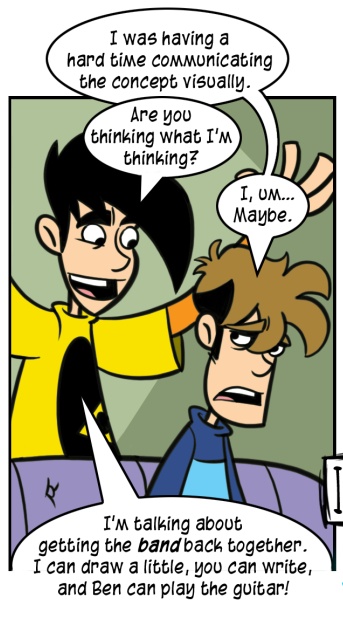 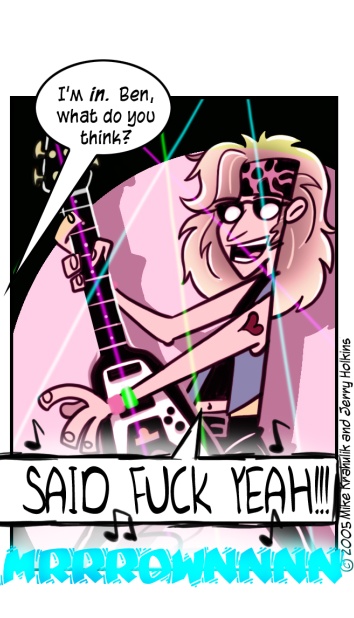 It took the merger of Gamestop and Electronics Boutique to make us put aside our differences and get back to what really matters - profanity.

It couldn't have happened at a better time. Even as I courted an unwieldy new demographic, my heart sang to discuss the quotidian gewgaws of gaming culture - engorged now with the first throbbings of the Electronic Entertainment Expo. Who will geek regarding the early May release of Hot Shots Golf for the PSP? Who will thrill to the matching of the unapologetically hardcore Nival Interactive with the classic Heroes of Might And Magic franchise? Who will allow cautious optimism toward the imminent launch of Guild Wars? And who will glorify Petroglyph Studios prematurely for the (potentially) inspired Star Wars: Empire At War? Penny Arcade will answer the call.

I do not recall the name of the booth with any precision, only that it was adjacent to ours at the Emerald City Comic Con and housed a considerable library of anthropomorphic erotica. There was a period in Penny Arcade's past where we invited the wrath of this demographic, issuing a kind of decree that devalued their interests and made enemies of us. Since that comic, several dialogues were opened with people who were willing to discuss the topic that I found fascinating. Someone called me at one point to interview me for a project they had taken on, and eventually the conversation turned to how she might - might - be a dragon. That was new for me. So I'd rather the world had people like this than didn't.

I was immediately gripped by these prehensile tales. Time travelling cat priestesses in ancient Egypt wove a kind of sci-fi sexual odyssey through time, sampling the delights of each era. I should have been ashamed, I was essentially reading Porn in public view, but I was having a new experience and I allowed time to pass. So seized was I by this material that I was surprised to look up and find a man standing directly before me wearing goggles and a lab coat. Had my acquisition of these materials been the endpoint of some experiment to which I was previously unaware? Had I "yiffed," however inadvertently?

No, it was just Phil Foglio, of Studio Foglio. You've seen his art if you play many tabletop games, I'm almost sure of it - I was most directly aware of him through the Girl Genius card game by Cheapass. He had a stack of xXxenophile books, science fiction pornography, a genre which resonated with a secret and nameless desire. He had seen me reading the other book and wanted to make sure the vulgar filth I was consuming met certain standards of quality. So odd.

So, he gave me naughty books. Fast forward to the Modern Day, Phil has transformed Girl Genius into a webcomic. Of course I could have just given him a link, but what fun would that have been.

We got a mail from the Minibosses a couple days ago letting us know about a couple shows they had this weekend, and if you're in San Diego on the 22rd or in Los Angeles on the 23rd, you'd to well to click those links and educate yourself on the venues. I had always enjoyed the Minibosses between a pair of headphones in my dark basement, but it wasn't until PAX that I saw they were actually the projecting nub of some cultural phenomenon.

there are angels in your angles