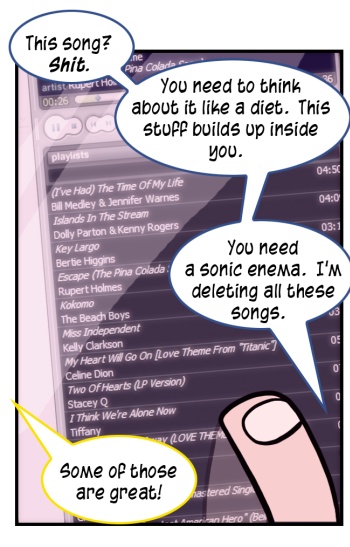 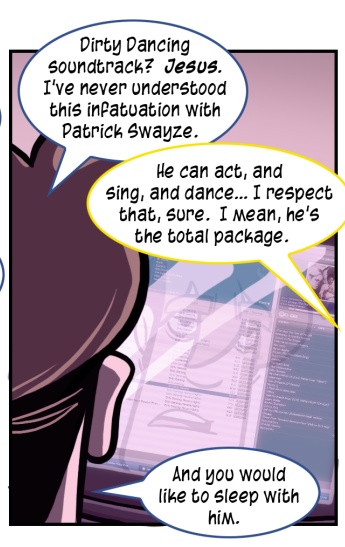 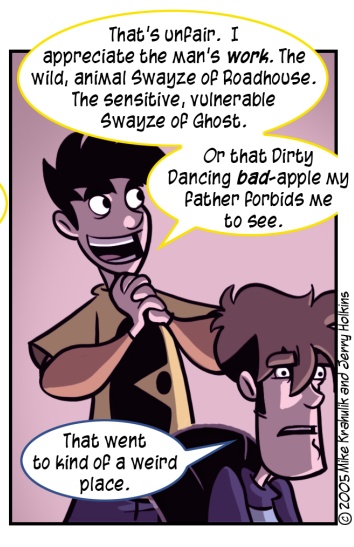 When I was writing that book for Dark Horse last week, I moved the speakers off my desk and onto Gabe's, with disastrous results. Yes, we only have one set. No, I don't remember why. Stores do sell this kind of thing.

If I hadn't had a bunch of other critical things to handle on Friday, I would have gone into the 360 pricing with another level of detail - touching on some of the things I'd eventually see in this transcript with J Allard. They put together a chat to defuse some of the tensions surrounding the Xbox 400 announcement, and there is some information in there other than the deep desire, fervently expressed, to grow the market.

The dedicated enthusiast, the person who came for the transcendental experience, the "early adopter" that hooks their friends on this stuff really isn't the point anymore. Nobody needs those guys. I had an article about this cooking for The Escapist that I never finished, as it relates to Nintendo. These companies do things that seem nonsensical to us all the time, with their hundred dollar hard drives and their illusory lowball option and their non-standard controllers and their dog-petting sims. And we get up in arms about it. We might still bear the resentment as we preorder, because we perceive these things as betrayals.

They simply do not court us, as they once did. It's because this "gaming" thing that we've known is so great for such a long time has absolutely caught on with the larger culture, and at an alarming rate, which is why society's immune system has responded so strongly to it.

I went to preorder my 360 almost immediately after I wrote Friday's post! I looked over the games they have at "launch," determined that there's really no guarantee when exactly those games will arrive, and then put my money down anyway. So no, they don't need to go out of their way. We're fucking insane. Our paws are on the screen door, and we are begging to be let in.

Past catering to such a specific, peculiar subset has limited the range of simulated experiences to a tremendous degree, and so this shift is not entirely unwelcome to me. A quick glance over other mediums which have survived transition into mainstream parlance show that crafty, inventive, sometimes independent work has far from evaporated. In this new era, we can be the guys we hate in other contexts - the ones who got there first, the colonizers, with impeccable tastes and the dense, collected lore of the aboriginal.

if you ever go down to cork by the sea

The Rest Of The Story