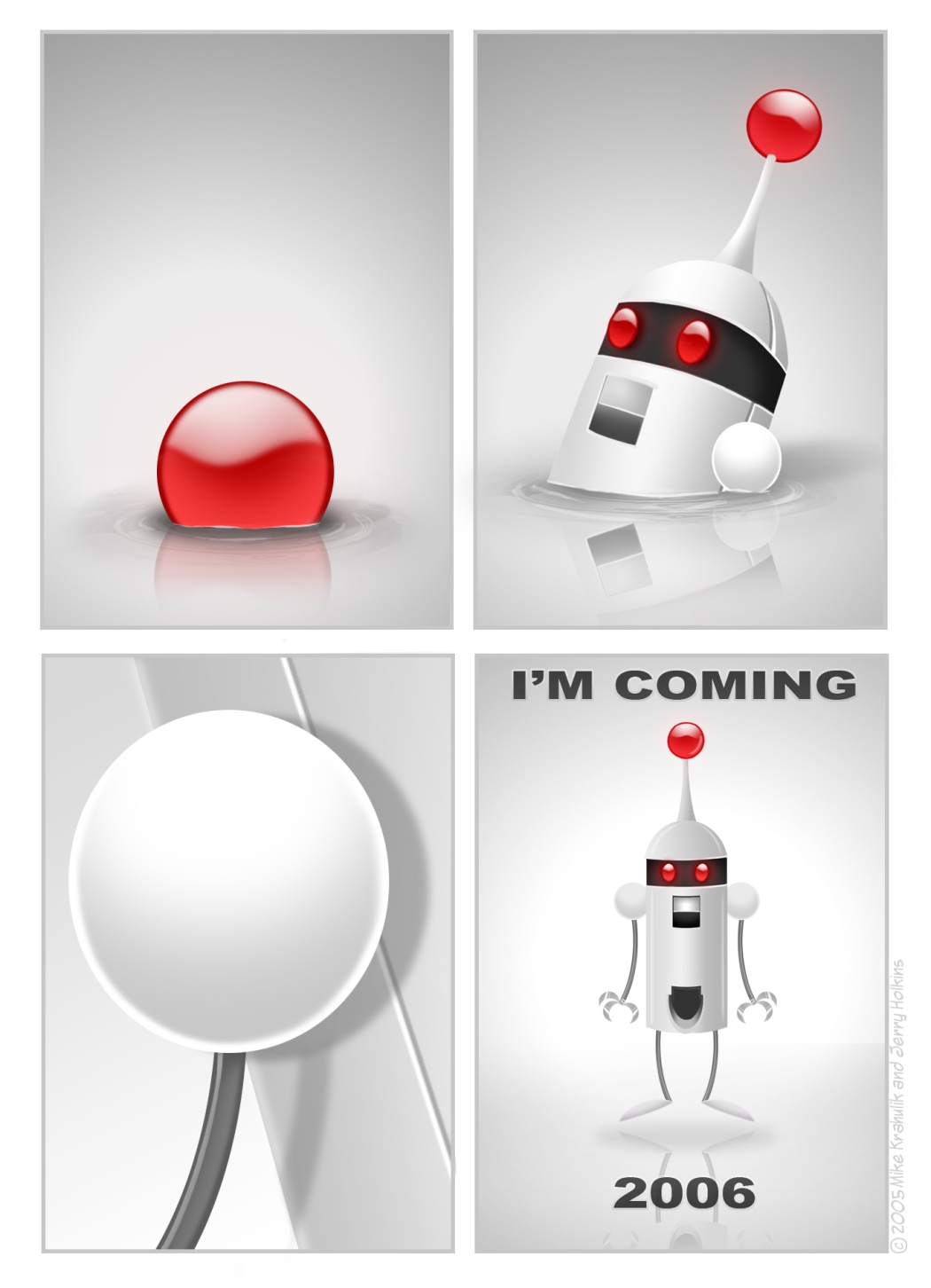 We're obviously late to the Revolution Party, but so many people asked us what we thought of the controller announcement.

The first thing we thought of is what the Fruit Fucker would look like were he released today. If you don't have any white plastic on your consumer device, apparently you are some kind of retarded. Get some white plastic on there. That is the impression one would get. Sony grudgingly recognized it with the original PSP - glossy black machine, yes, but white strap and headphones. Ultimately, concession would make way to something like redaction.

The wireless at the hotel would never deliver unto me the full teaser video, so until we got back I was never able to see how far the thinking had gotten over there. They had, as I suggested, earned a little bit of optimism from me by making the DS - which I thought of as Exhibit A in Nintendo vs. Sanity - something I've come to consider kind of necessary. So looking at the video made me see that they were already thinking about what you could do with two positional controllers at the very least. The counterexample I keep hearing about the peripheral has to do with third parties, and how scary the controller is, but for a couple generations now their systems have been (at least, outside of Japan) a kind of dedicated shrine to their own games, games that shame the rest of the industry with their polish, their palette, and their playability. They forge unique deals with companies like Capcom and SquareEnix to bring sometimes extraordinary exclusive content. I can live with that.

There were initial cries and lamentations regarding the announcement, but I think we need to just accept the fact that they are no longer playing the linear game their competitors are. The control looks like a remote, yes, but we've talked about this before - playing games with pens, drums, and now remote controls draws the artifacts of ordinary life into the increasingly byzantine realm of electronic entertainment. Excuse me, I forgot. It's not innovation unless it involves another texture pass.

We won't know until E3 the extent to which Nintendo is prepared to realize the promise of their strange excursion - it took them a year to prove their DS. The final word on why they would do something like this can be found over at Lost Garden. That is probably the most interesting article I've ever read.

i went down to the crossroads