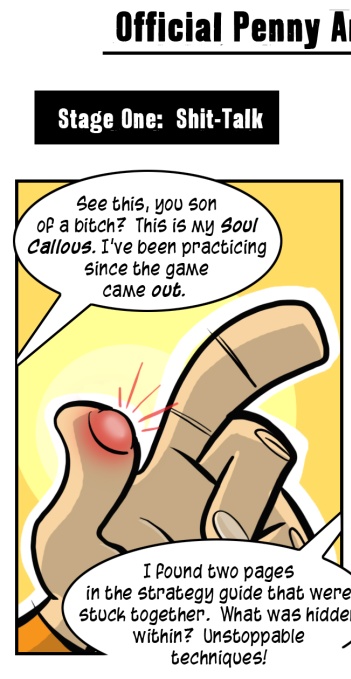 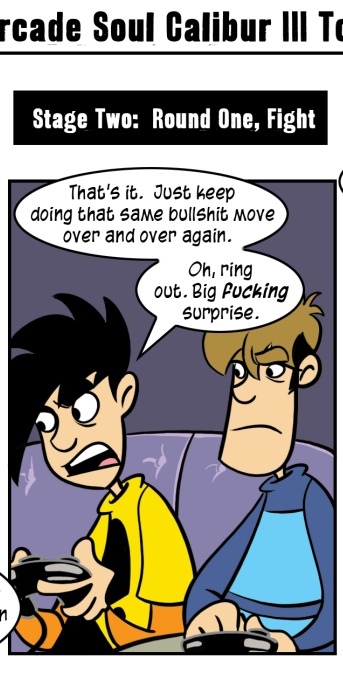 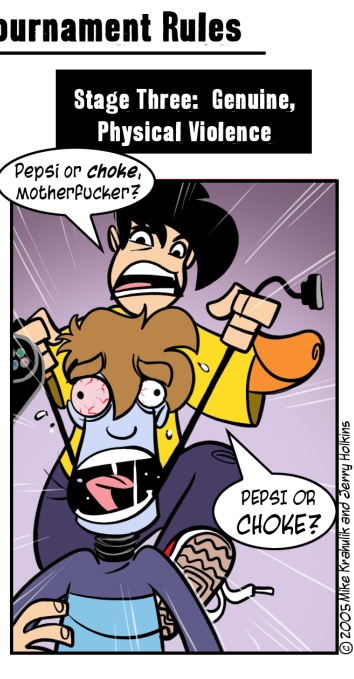 We were down to Blizzcon a day early and back almost two days late, I imagine to optimize pricing on airfare, and changing the tickets we received would have cost money. So, we did things like go to Disneyland, the dark account of which I have already related. We attended a screening of "The Weather Man," which settled itself easy into my top ten films. We also had a Playstation 2 in the room with an RF adapter, along with two dual shocks and a copy of Soul Calibur III.

I enjoy playing fighters, and can rob a person of victory once or twice, but I am not "competitive" in any of the senses that word describes. For one, I don't have the inclination to become excellent at them. I'm not altogether sure I have the raw talent, either. What's more, I don't really care if I win or not, and when I lose I'm actually enabling a friend's victory. Fighting games are as near a pure play exercise as they can get.

People sometimes ask me why I rarely discuss real-time strategy games on the site, and the reason is because I have seen unbelievably talented people play them. I don't know that I am qualified to describe the shit that happens in a round of Generals. It is like those people have discovered a secret menu item and are playing the genuine version of the game. I've seen top-tier FPS players do their devastating thing as well, but I feel like I know the fundamental lexicon they are using. I don't get the impression they are conduits for an alien power.

Fighting games are very nearly beyond my ability to appreciate or even describe them. I've seen people at PAX and other conventions who are capable of the most prolonged acts of simulated violence - combos that throb with a malevolent payload. At the same time, there is the issue of lexicon - I can recognize the basic structures. Soul Calibur as a series is as technical as you want it to be, but has somehow managed to retain its accessibility to even the most reprobate waggler. We had (shall we say) ample time to play, and we had only begun to interpret the tectonics at play since the last iteration. Go-to characters fell by the wayside, new ones were taken up, strategy guides were pored over, tactics were discussed. I would describe my experience thus far as optimal.

and i am what i am