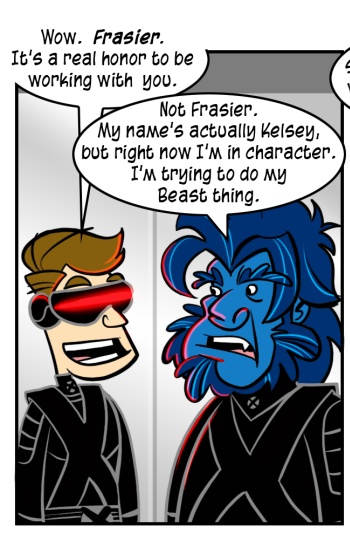 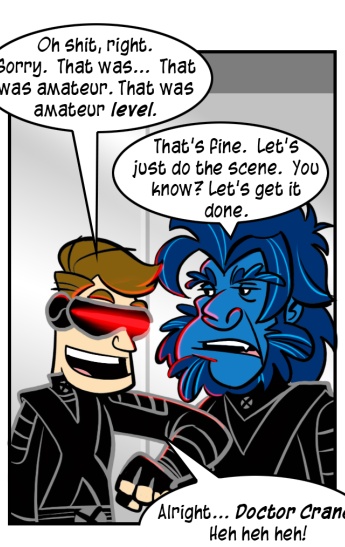 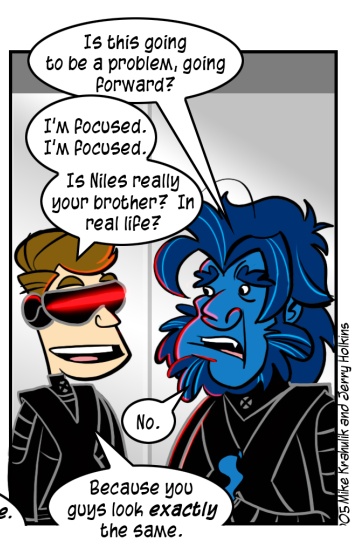 The trailer's alright, definitely pro Angel Guy, but whenever I catch a glimpse of Kelsey Grammer as The Beast it kind of injures things.  It's just, like, I know you, man.  Indeed, it would appear he is well known.

1up recently "rocked" an article asking whether or not the 360 genuinely represents the HD Era, something I thought only required a guaranteed vertical resolution of 720p.  They raise a lot of interesting points, moving through the launch titles like a T-800 might stalk through the dystopian hellscape of a future where machines rule.  It's something I'd been meaning to discuss before I got sidetracked by space - There's a new Star Chamber client! - but this does present an opportunity.

Call of Duty 2 doesn't really feel like a port, it feels as though it is very comfortable on the hardware, and I prefer the experience I get playing it on the 360 to even the PC version.  Someone mark this day on the calendar.  I am currently engaged in a torrid affair with PGR3, photographs of which would certainly preclude my bid for public office - and it's a game their online publication gave a ten out of ten.  We don't agree on Kong, but we both allow that there are some victors despite their savage expose.

There are lackluster, insulting offerings - see how many used copies of Gun your EB has for the 360, but it looked like a filthy port of a game I didn't want from the word go.  Tiger Woods for the 360 is probably the most dire offender for us here, where in exchange for an increased price you actually lose out on a ton of content that the other, supposedly "lesser" consoles offer.  We could fantasize about downloadable content - new courses with an additional charge of course, beyond the already standard "next-gen" tax - but it's not my job to engage in apologetics for these people.   Even though it looks like I'm about to.

All this said, if you want to play Golf on the 360, I mean...  I wish it were more complex than that.  And I do want to.  And for good or ill, when I choose to get a game for the 360 rather than some other platform what I'm really quote buying is live connectivity to my friends list.   This is something that I think is pretty significant, and it's why virtually every multiplatform title I buy will probably be on this machine.  Because Live support is fundamental to the system instead of a perk developers can choose to offer, accessing that content - I guess my friends are content now?  Heaven help us.  But the entire social substructure persists regardless of what I'm doing with the machine.  Nintendo's doing their own thing, they're entirely outside this continuum.  But I see no reason to believe Sony has a response to this, at least, no response that doesn't say SquareEnix right there on the front.

the men who have served you so long and so well