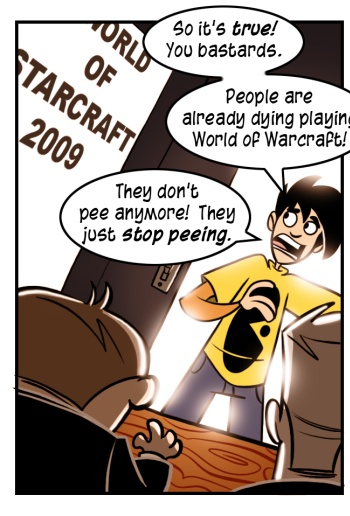 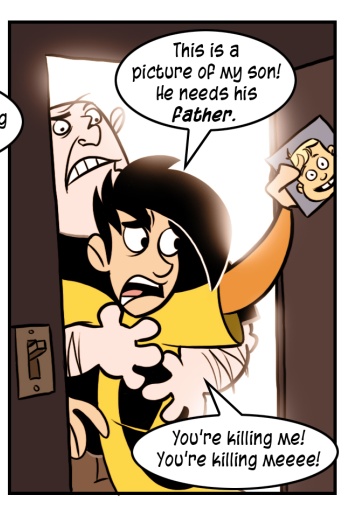 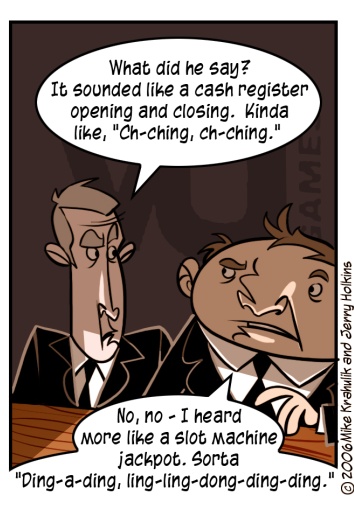 The fever came back, but I welcome the state when I have time to lie back and enjoy it. I understand that the pleasurable sensations are actually important parts of my brain winking out, but there is something luxuriant about the consumption of such a precious commodity. Fish eggs? Liver paste? Come now. Let my consciousness be my strange meal.

Many key questions arose and were resolved with lightning celerity over the course of this second harrowing exercise, including but not limited to:

- How a spacecraft would actually control in real space
- Alternate Scenes from Channel 4's Green Wing that don't, well, exist
- A variety of branching conversations with an unseen, but not unheard third party
- Voles (analysis: they are alright), and
- A continuation of my previous Sword of the Stars related fantasies.

I would go into the SOTS dream in (perhaps excruciating) detail, but after pouring out my soul in a mail to one of the designers, who then mentioned it to the writer, who then wrote me back last night, I would imagine that the dream - in it's entirety - should probably remain a secret.

As for the strip, it must take place in some Else-worlds Alternate Continuity or something, drawing more from Gabe 2k6 than the stasis-held versions of ourselves we've been drawing on, because there is a direct reference to Gabriel the Younger which doesn't happen very often. We did not realize we had done it, I don't think. He's a good kid, he probably deserves it.

As regards the subject matter, where Vivendi is saying that Diablo Online and Starcraft Worlds (or whatever) are not he way Definitely and Blizzard is suggesting - nay, demanding - that they talk to the (ahem) "Hand," I must say that I don't really believe Blizzard. World of Warcraft is Diablo Online, it is Warcraft III context plus Diablo playstyle. This assessment only becomes more pronounced in the expansion - maybe you didn't hear about the sockets. I'm just waiting for someone to smash a crystal into their forehead, and the circle will be complete.

Starcraft has not been cannibalized in this way. It remains The most popular game in the universe, played even by the semi-sentient Siliqid. I don't just think it's there and on the table, I think it's in process already. Blizzard doesn't like to announce product with Powerpoint slides, though - they drag them out with excruciating javascript timers and ASCII owl jokes. Then, they have new sculptures made, along with a new video from Blizzard Cinematics that shatters even the most pronounced cynicism. So I can understand why they'd feel the need to stave off the rumors - they like their announcements to be just so (see Proverbs 25:11).

nothing ever made them right