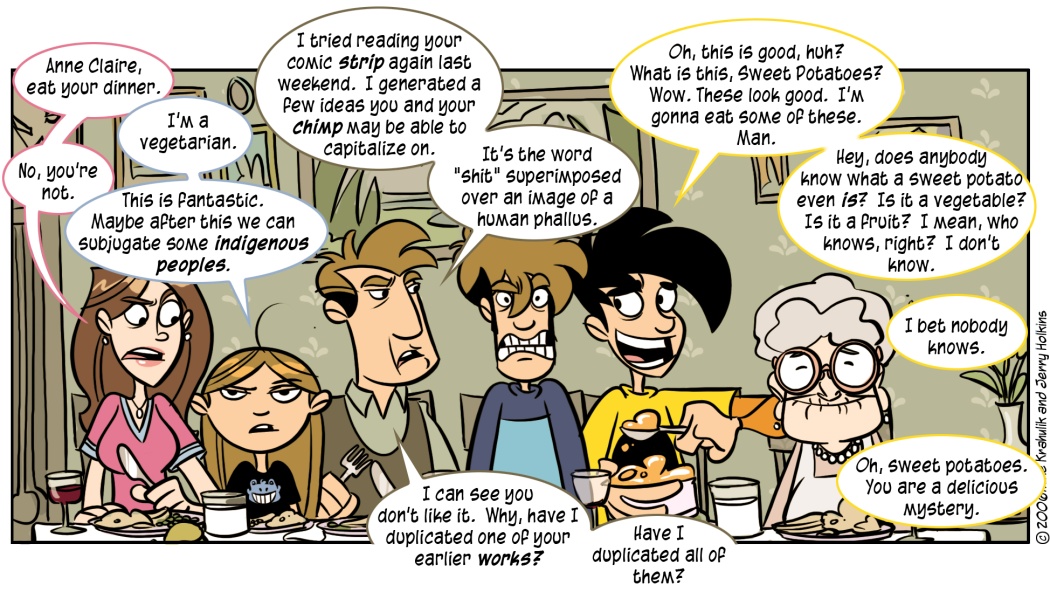 The Turkey Trilogy warbles into its second episode - in this installment, it is revealed that Gabriel has turkeys lurking in his lineage. It's All Tied Together with references to a mysterious religion set against the backdrop of galactic war.

As regards the 360's Video Marketplace:  Joystiq went through the trouble to translate all the videos from MS MegaPointz ™ (or whatever) into Earth Dollars, and the results for television shows mirror iTunes for standard definition programming. The pricing is all there for HD movies as well, and I might explore the option someday, but for me that was never the draw.

Some things don't make sense - for example, why is an eleven minute episode of Robot Chicken worth the same amount as a prime time drama? - but who knows. They have a price established for a "show," and (gul durnit) they are determined to retain it. There is a dollar premium for HD versions of the same show, which is... Hm. They're three times as large, and you get both versions for that extra dollar, but I've bought into the idea - their idea - that says HD is the assumption. The entire service underscores that the 360's hard drive, a device already struggling with the task before it, is now almost ethereal in nature.

There are a few shows present in the actual store that weren't visible on the information page I linked, chief among them (for me, anyway) Veronica Mars. Only the third season, though - I can't imagine why. Many of the shows available have multiple seasons up, which is exactly right. Particularly for shows in their fourth or fifth season, a free primer would be a good inducement for me to try a show that has rich characterization or accrued mythology. You'll note that iTunes offers a few series pilots for free. This is wisdom worth absorbing.

I needed to shut off my machine for some reason, which stopped my download. Typically my "Active Downloads" start again when I bring the machine back on, but this one never did - I needed to go back in there and manually start it again. This created a "Pending" download, in addition to the new one, which picked up where the old one left off. It wasn't especially difficult to resolve, but I'm wondering why it didn't work. Also, and I don't want to brag, but the bandwidth at the office is sufficient to download our lord and savior Jesus Christ. Why, then, did downloading a measly two gigabytes take over twenty four hours?

The download wasn't sustained, but that's not my fault - I left it to cook overnight, and it stopped just as it had before. I had to shepherd the process manually four or five times before I received an entire file. Plus, like BitTorrent, as soon as you start to download a file it creates one that is the size of the full download. You can cancel a transfer and still have this gigantic incomplete file sitting there like a hippo on your platter. And I'm only downloading single episodes of television - trying to get movies sounds like trying to fuck a porcupine. I guess they're having trouble over there, but that's some information which required no official announcement. SD content just sails down. When you see it work, you understand what they're trying to do. But I don't recommend you try to grab something in HD unless you're leaving town on a long trip.

The technical stuff, the service stuff, I can live with it - this is precisely the sort of problem Microsoft excels at solving. The real issue is that watching television programs this way makes no sense.

It costs far more than buying the DVD set online, which itself costs far more than renting them. I'm on the two-disc plan at Netflix, fifteen dollars a month, and I can consume as much programming as I'm able to at that rate. This isn't really a Microsoft thing, anymore than it's an Apple thing as far as downloading television goes - though the Season Pass option that iTunes offers is a decent approach I'd like to see emulated. This stuff needs to move to flat rates, period.  Microsoft Points might make it difficult to do recurring billing, but the system clearly accepts our human cards. It's not insurmountable. At least, that part isn't: the pocked Goddamn ancient Hollywood edifice that trudges in unlife may be.

I'm the weirdo who wants to pay directly for the shows I watch, and what the networks are telling me (via their pricing) is that they will charge me more for profoundly restricted versions of the same content if they believe they can get away with it. No. No, in every language. I'm not a psychotic demagogue when it comes to DRM, I'm willing to tolerate it when I get what I want out of the bargain. That's not happening here. These are versions of shows for more money with less features and zero portability.

I don't want to be so strident. At first, I thought that content holders weren't taking the tectonic potential of these services seriously. I now believe it's just the opposite.  Looking at their model, it's almost engineered to make digital delivery the least appealing option.

he got joo-joo eyeball(?) 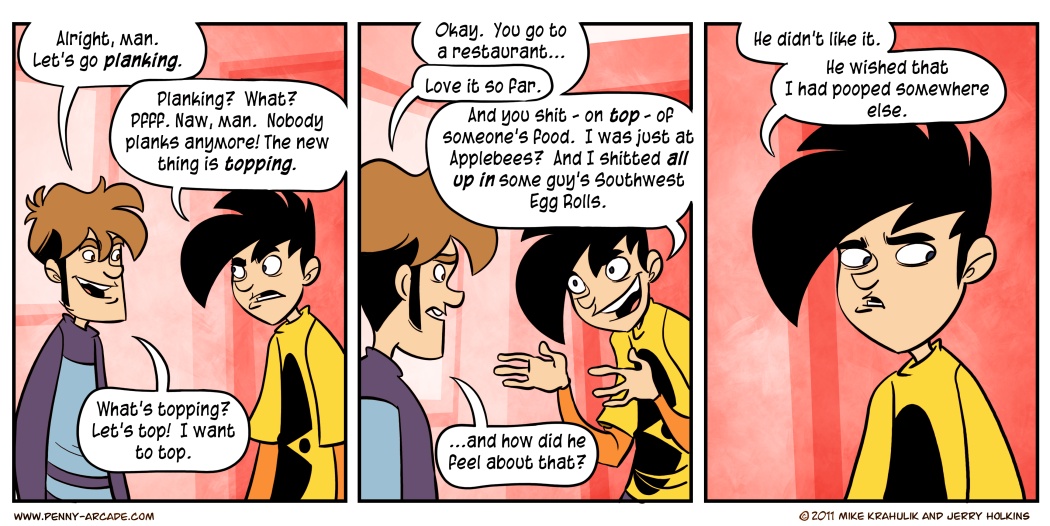