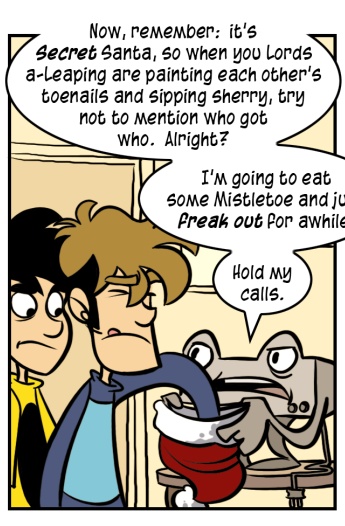 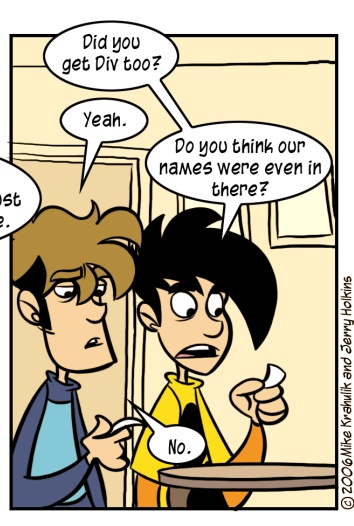 To the great delight of a vocal percentage of the readership, Div has returned. Briefly. Now he can return to attic storage, there to languish in oak, resting in close proximity to my Spelling Bee medals and a black baseball mitt (unused).

There was an article at the humor site BBSpot whose intensely satirical content was indistinguishable from real technology news. The piece suggested that the Motion Picture Association of America was pressing Congress for a bill that would regulate home theaters, requiring that fees be paid. There was some crap in there there about home theater equipment trying to "sense" how many people are watching a movie - some process using biometrics or motion sensors - that I simply considered some lurid boardroom fantasy.

It is grotesque is how quickly I believed it, but I only did so because the scenario isn't that far fetched these days. I don't doubt that the desire is there, committed in floral script to some CEO diary.

You know already about the CD-R Levy that operates in Canada, where writable media just costs more across the board because there exists in your black heart the desire to burn a mix CD. There was also a tax on mp3 players in general up there in the frigid north, until right thinking and decency obliterated it. The tax, that is, not "the north." I was just there, it seemed fine.

Microsoft pays Universal whenever they sell a Zune. It's not a lot, but Universal made it a prerequisite for working with them.  Squeezing even their "Three Days or Three Plays" out of these guys must have been like juicing granite.  You've seen the quote from the Billboard article, I'm assuming - the one about digital music players that goes like:

"These devices are just repositories for stolen music, and they all know it," UMG chairman/CEO Doug Morris says. "So it's time to get paid for it."

The other quote from them (that I'm having trouble finding, now) talks about how, since the Zune is based on "a foundation of music," they deserve to get pizaid. So you need to understand that these people are really and truly crazy. They imagine that their industry is not, as you might have thought previously, merely a conduit for a specific type of product. Rather, they believe that their industry is the avatar of music itself, and flush with this knowledge they gesture from their litter, seeking tribute.