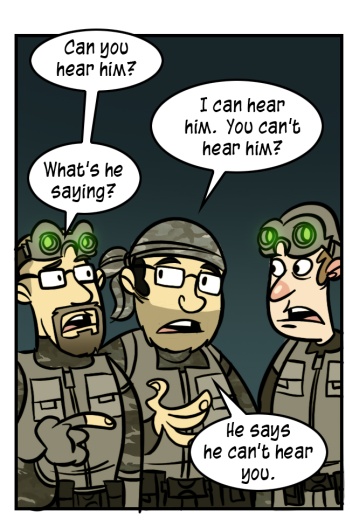 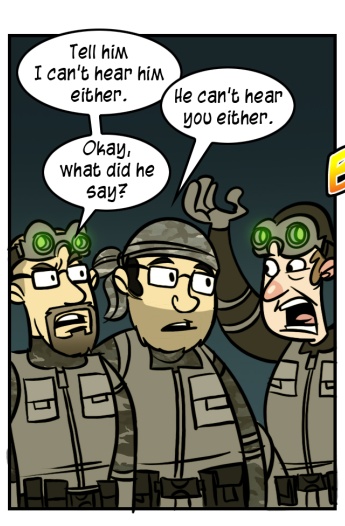 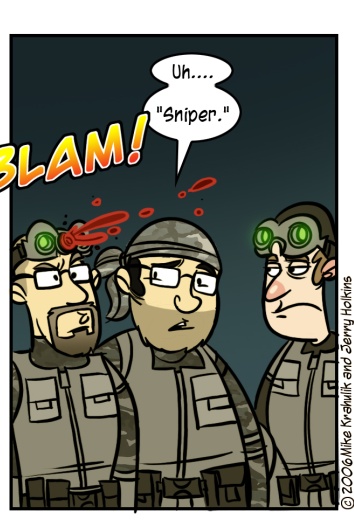 Last Friday, I wondered aloud whether the voice issues with Rainbow Six would be resolved before I quit playing the game altogether. Well, it didn't take long - I'm done.

They've managed to create a game where you can be in the same server and still not play with your friends. Where you need to rely on methods just this side of string and empty soup cans to relate some time-sensitive (Goddamn) data.  I've determined that this isn't even the most dire result. The worst thing about it is that it truncates cameraderie: there's no unified celebration, and there's no shared grief.

Last night, after playing round after angry round, I suddenly remembered that I don't have to play broken games, even if everyone I know is doing so. I can Finish The Next Temple In Zelda or Spell Words. Divinity seeped through this tiny fracture in my life. It was like an angelic visitation, which is basically what the Christmas Season is all about.

There is a patch coming that will resolve this and other issues, but I'll be retaining my gratitude until I see the delivered goods.

There's a Neverwinter Nights 2 patch available as well, and after so many reports of rough water early on I decided to hold off on approaching the game as a nightly multiplayer proposition until I saw that version number tick up a few times. The list of issues resolved by 1.03 shows over two-hundred and fifty distinct items. I'm not prepared to call such a thing a "patch." Rather, I might be inclined to call 1.03 the retail release.

There's even a patch for the Playstation 3 today, but I have to level with you and say that I don't actually understand what it does. Joystiq says that it doesn't do what it purports to do, but then the link they use to support this claim starts to show positive comments. It's something about "priority" for 1080i signals.

I must say that, completely independent of actual gaming consoles, the these squabbles over resolution in next-gen displays are mainly disheartening. From a consumer perspective, it's a bramble. Now the discussion is about whether or not the device is actually displaying the full resolution it's capable of, or if the television is upscaling it, or if there is a token on the media explicitly disallowing full res, and it's a pile of shit. All of this confusion for paying customers, so that pirates will be detained an additional fifteen minutes before they descend, their scythes awhirl.

throwing the gifts in the woodstove