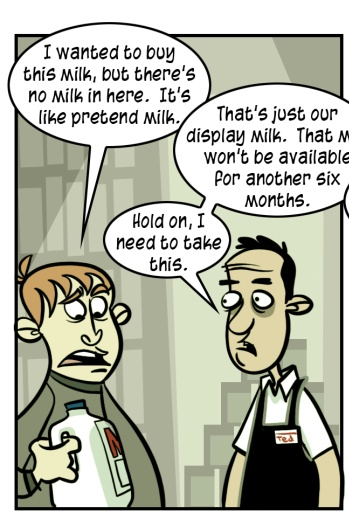 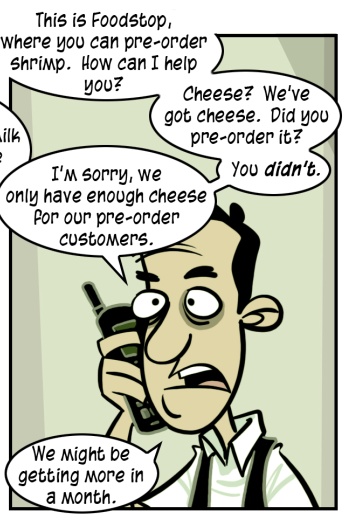 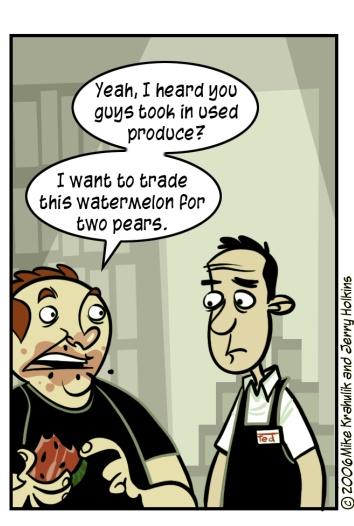 Emerging from the dim cavern of the Electronics Boutique into the fully lit mall, I blinked several times and tried to adjust. A single, determined bat still clung to my sleeve. I shook him off, as gently as he allowed, and tried to remember why I shopped for games in a place covered in lichen.

There have been numerous instances over this densely packed holiday season where I would be rebuffed by dedicated gaming retailers for not preordering popular games, only to go across the street to Best Buy (a store I utterly detest) where a young woman simply opens a locked case, and inside this case is a stack of Dead Risings (or whatever) twenty deep. At no point was I required to thumb-wrestle a cashier, bow my head in contrition, or leave the store empty-handed.

I could never make sense of it, until my last visit. When it comes to the management of a business, as long as people are not shot, drugged, or enslaved in the course of its standard operation I understand that a certain amount of ruthlessness and treachery may enter in. I put together the idea that they pushed pre-orders to the extent that it allowed them to truly refine their margins. That may be a part of it, but I think it's a side-effect: I think they sell just enough product to maintain their fabulously lucrative used business, and no more. No other theory resonates so completely. I love the store I go to, because the men and women who operate it are genuine enthusiasts with an encyclopedic knowledge of the medium. But the corporation's strange aversion to new product has made them a poor choice for the true, day one devotee. They tend to buy new, they don't need a disc cleaner, and they often eschew strategy guides - opting instead for online assistance. It's the worst sort of customer for their model.

Try to imagine another shop working this way, and you may find your mind's normal operation interrupted. There is, of course, one other business that operates in this fashion: a pawn shop. All they need is a couple firearms and a sketchy motherfucker, and the illusion will be complete.

There was an article over at 1up entitled "When Sony's Viral Marketing Became a Virus," where (in the fourth paragraph) our recent comments on Sony's viral shenanigans are given credit the "tide" beginning to "turn." As driven counter-culture guerillas, of course we crave the accolades - but I'm fairly certain the metaphorical "tide" was never in support of Sony's dishonest materials. We showed up late to that party, as I intimated in the post: we did provide pinatas and bludgeons at the Apex of the event, but they were accoutrements for a festival that was (shall we say) ongoing.

tread thou in them boldly