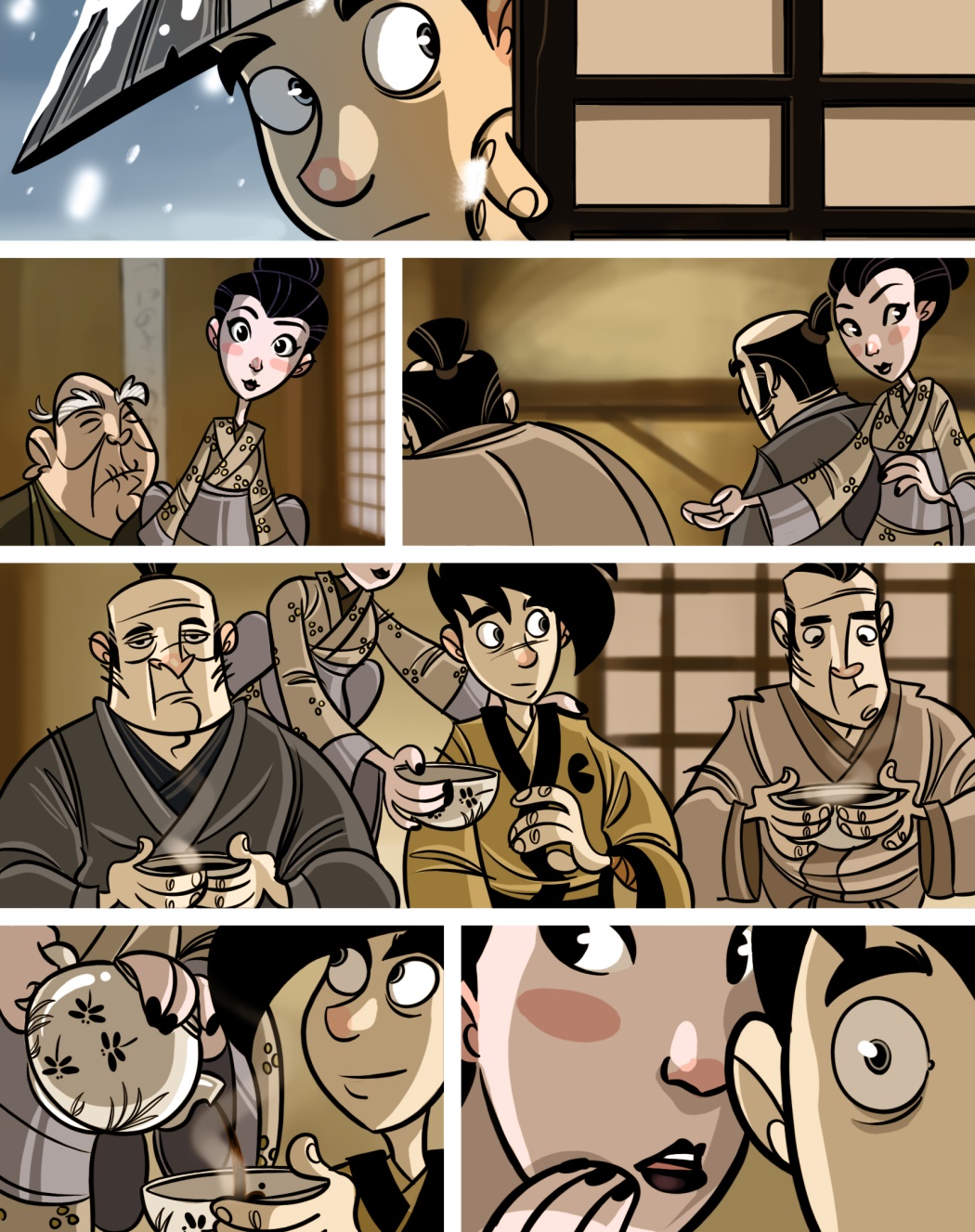 Merry Christmas. Is "Happy Christmas" chiefly British in usage? Sorry, someone gave me beer this year, and I'm sitting here in the middle of the night drinking it and talking to you.

The next page of The Hawk And The Hare is now ready. This continuity feels stronger than usual - it may be a more virulent strain - but I can't shake the feeling that another storyline will seize us, as early as January. We're on a potpourri of experimental medications to ward off these effects, but this dark plague takes no heed.

Gabriel won't travel without a console to install at his destination, the same way that I imagine fish might bring with them a large tank. I think its primary purpose is to provide a kind of protection against family members, a kind of membrane it would be rude to pierce - like reading a book, or using headphones. I sometimes have fantasies about adopting a similar position, but then I am reminded that Brenna would seize my scrotum, tearing off my balls with a quick jerk like an orchestra conductor. She would then kick my balls through the uprights, scoring three points for her team - a team which is made up entirely of angry wives.

But the DS is small. It is small! And the offenses it generates are also small, even if the games one can play on it these days are fairly expansive - even as I type this, my grotesque mandibles are chewing their way through Final Fantasy III. What a year this is going to be for that irrepressible little mutant handheld.

I'm ashamed that I did it, especially given the winding gully between the device's potential and and the product they decided to deliver, but I did buy a Zune.

I know. Believe me, I know. But as the only organism in the universe without an iPod, I am the single entity for whom this machine has any appeal. Of course, as the only Zune owner, it's difficult to utilize the social music capabilities. This year, I know for a fact we'll be travelling more than usual, and I started to feel like a dedicated music player would... you know, play music, in a... in a more dedicated fashion. Shut up!