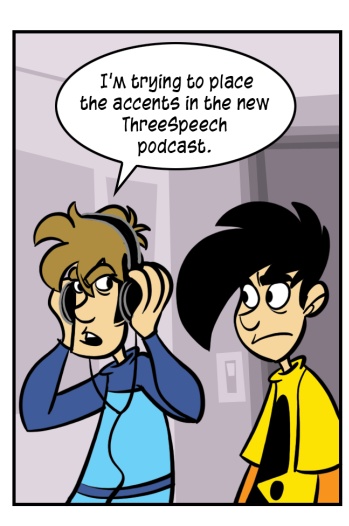 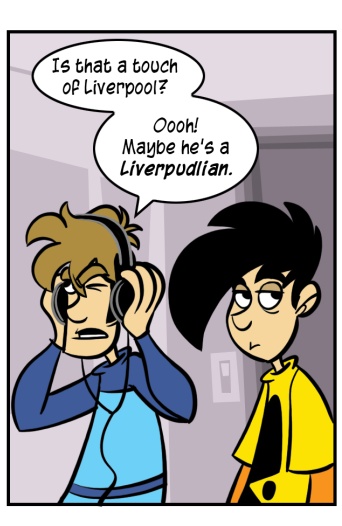 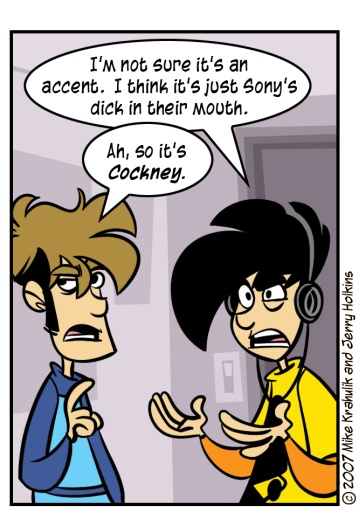 It's the sort of pun that will only work in American English, probably. Also, I believe it drastically increases the chances that I will be stabbed at some point, which I'm sure I would hate.

ThreeSpeech has always made me slightly uncomfortable. This, from their mission statement, is why:

Based in the UK, Three Speech isn't part of PlayStation, but it does get to speak to PlayStation. You could say we're 'semi official'.

Every part of these sentences is an affront to thinking people - they are a maze where monsters live. This is what it looks like when a person engineers language for maximum ambiguity - it may actually be an excerpt from 1984. So then, when men under this banner release a podcast about how slimy someone else is, take note.  You are seeing modern marketing at work.

Don't take my word for it, please: you should really check this podcast out for yourself. The tone and presentation are extremely strange. Sony must "mean" something very different to a gamer in the UK if they believe content this insidious could possibly gain traction. Their gaming platforms must be very near to an assumption.

Microsoft's marketing isn't slimy, it's just bad. Inert. The entire platform strategy was designed to secure a leadership position in the next generation, and once they achieved it, they were paralyzed by it. I thought it was rudderless behavior until I realized that they had simply reached their destination and sort of unpacked their things.  As for their blogger phalanx which encircles the web, their position as explicit partisans dilutes their message automatically. Unless you are searching for quantifiable facts like release dates or raw platform orthodoxy, their editorial content is understood to emanate from that circle of cursed megaliths in Redmond.

With the compact E3 about to begin, the tactical nature of the conflict will become more brutal.  People get even nastier when they're vying for second place than when they're fighting for first.  When you're playing for scraps - and rest assured, dear readers, that you and I are the scraps - you have to get all of them to make it work.  Nintendo has simply skipped the first phase - building the brand with us - and jumped straight to the mainstream play.  It's worked flawlessly.  And it's made their competitors increasingly uncomfortable.

with strife and a song