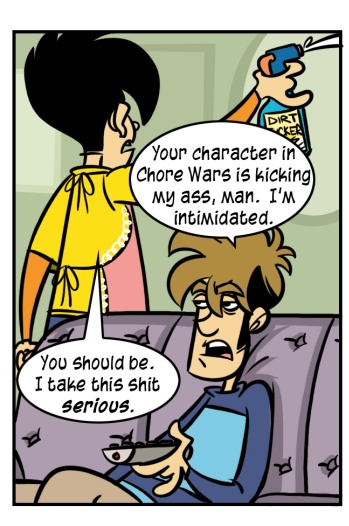 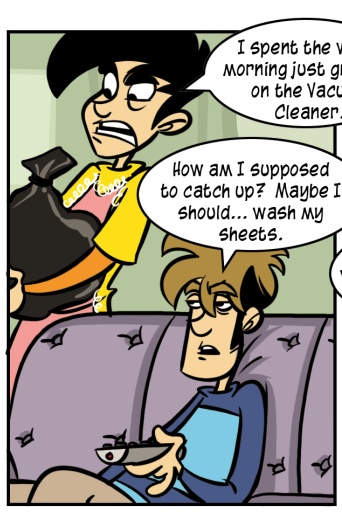 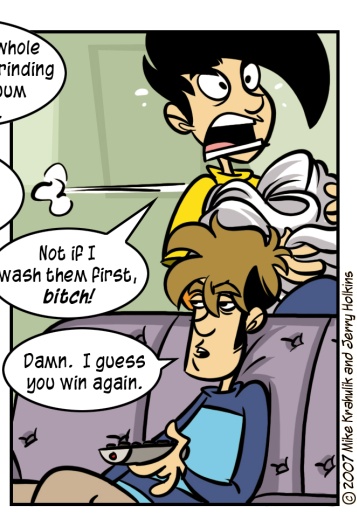 After seeing Chore Wars mentioned yesterday, the opportunities for manipulating people seemed... rich. The possibilities for mashups based on this data are also rich - I wonder if it could be exposed, somehow. When my charge is old enough to manipulate in this way, my crib is going to fucking sparkle.

Despite frequent requests to play Bomberman, I managed to persevere - ultimately bringing Overlord to a close. Things took longer than planned, largely because I'd underestimated the extent to which green minions are pimps. Once I realized their primacy among my legions, I was better able to scour my e'er darkening domain.

You won't see any of the problems that eventually crop up by playing the demo, because it's mostly polish issues near the end. Eventually the tone wavers as well, and moves into a realm that doesn't succeed as often - swapping their brutal mockery of fantasy tropes for actual fantasy tropes. Boss battles often end with a single, normal strike which is sort of odd and anticlimactic - considering how successful the comic tone is elsewhere.  There is a boss without a single line of dialogue!  I'm still of the opinion that the game succeeds more than it fails, particularly with the art and environments. Sequels could refine the best elements into something really legendary: loose formations with unique advantages, lieutenants, that kind of thing. I'm still charmed by it, even though I'm out of single player content. It has co-operative and competitive modes, but I tried them before I really knew how to play the game and I did not understand the draw.  They may warrant another dip.

I've been starving for information about the next Condemned game, as the first ends in the optimal horror fashion - just as Monolith's original F.E.A.R. did. Every now and then something drips out and I lope over to it sniff, but most of what's up is fairly content free from a story hook perspective. I was sad to hear that they got rid of Greg Grunberg for the main character's voice, as it was his work as much as anything else that fixed their world in an authentic place. In a game that goes so surreal, having someone of his natural talent provided a nice balance. It's that same thing you see in his character on Heroes - he's the character who makes the most sense on that show, and it's not just because of how he's written. We simply believe him. They say that they want the character to represent "edgy darkness," which is chilling.  Apparently they want him to be "teh hardcorez," a tribulation we were made to endure in the second Prince of Persia. I'm not sure they understand what an actor is, or what they do.

You might have read that Silicon Knights is now suing Epic, and it all goes back to that jinxed E3 showing they had in 2006. You should check the original story again if you haven't, as it now adds a summary of the official complaint - it's really interesting. I had a chance to talk to many developers about the tools they use at GDC, and affection for the Epic product is far from universal. Even people using it for genres that were a great fit had words of warning. Denis Dyack has developed a reputation for hysterics, and he gets jacked for it in every thread on the topic - but gamers have a very different relationship to these engines than developers do. It's not a topic most of us are equipped to discuss.

i am frightened by the crowd 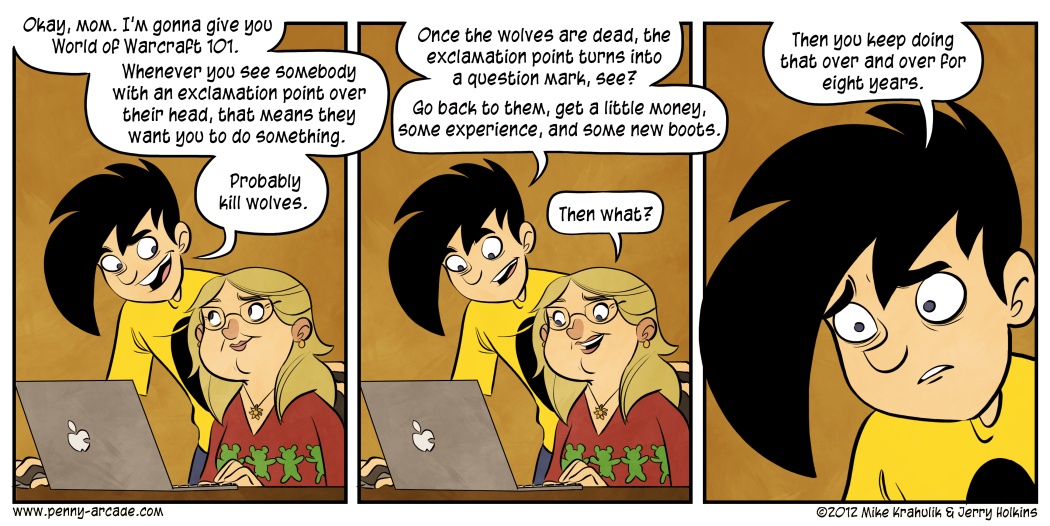