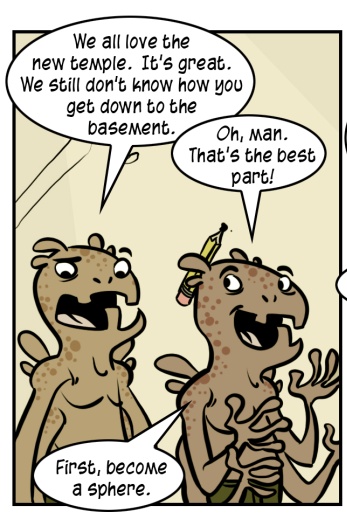 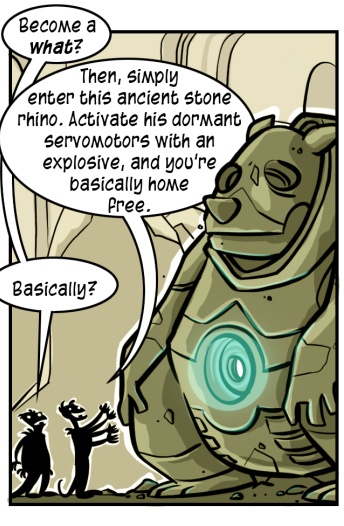 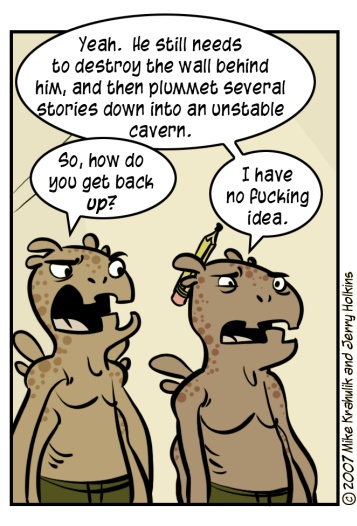 Gabriel and I both are deeply invested in Metroid Prime 3: Corruption. I've taken the last couple nights to try to close out the brutal Stuntman: Ignition, because I won't be able to relax until I've sealed it in ultimate victory. But Metroid is always there, whispering, the Wii remote tucked there in the couch like a hatchet in a stump. It is ready for work.

Playing Lair is horrifying, like having a talking cyst erupt out of your genitals. Now that the rhetoric phase is over, we can discuss the relationship between Metroid: Corruption and Lair with the necessary gravity.

Both games are meant to be emblematic of their respective hardware, delivering something that isn't possible elsewhere. Corruption delivers on the best shooting this side of a mouse and keyboard, utilizing a combination of precision pointing and visceral, endlessly iterated motion controls - this is its entire purpose. Lair's task is similar, but it's serving two masters. Well, three masters: it's trying to be a graphical powerhouse, and showcase for motion controls, and do the bidding of Bal-Shurub, King of Liars. Feel free to excise the last one, but those first two taken together constitute a "rock" situated in close proximity to a "hard place."

No person familiar with the medium is going to mistake the new Metroid for a Next Generation Title, at least graphically. It has strong design chops, and it's executed well, but its first task is to deliver an immaculate framerate. Smooth performance and immersive motion controls have a relationship to one another. I said in a previous post that when these novel input methods fail, it's infuriating - but that's not really complete. It's breaking the simulation, so that the experience is less real, deprecated with each failure of interpretation. Running at sixty frames cements the world and your place in it, so that even when simply looking around the environment, these things are credible. Movement is controlled with the analog nubbin poking out of the nunchuck, and generously interpreted gestures augment and elevate traditional gameplay.

It's certainly a lot of fun to tease Lair, and it's a service for which there is a great appetite in the community. During our own play, game performance was not such that our input was dependable - And beyond those controls, there was almost no game to speak of. As I say above, I don't know that this is even their fault. But it's ridiculous the extent to which Retro has done more, with less.

a good ship taut and free