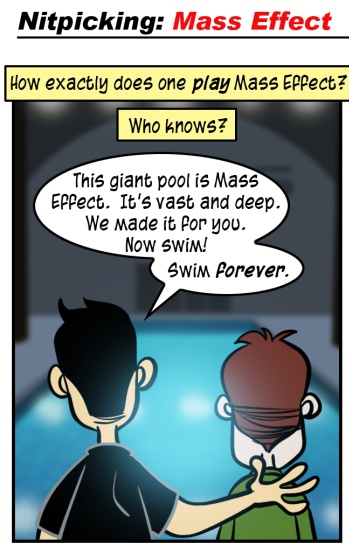 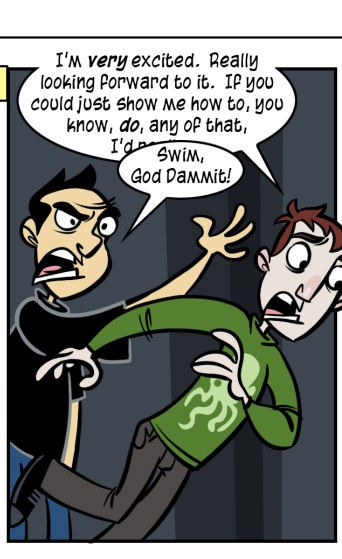 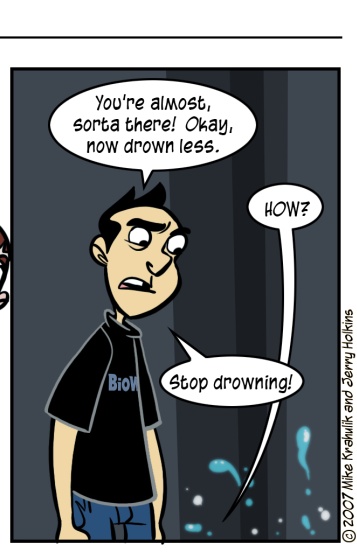 We've talked about the hacking, and the challenges the game has pulling everything off the disc. They don't really teach you how to play the game, either. At first, because the game often looks and feels like a shooter, it is hard to know if the shooting is tremendously difficult or poorly executed. Once you start building your character and get a handle on the deeper systems, it falls into place.

This is a series we could continue indefinitely, but I think its task is largely complete: to establish that there are sometimes serious concerns with the way the game goes about its business. There are are other issues that will likely perturb you, and they're distributed throughout the experience.

For example, inventory management is... troubling. When you destroy enemies, they are looted automatically, which retains the "shooter" pace - but when you go your equipment page, everything that was picked up comes up in this huge list. Since you only went in there to equip something, you'll just hit Take All and go about your day. But since you can only hold a hundred and fifty items, that loot screen will soon become your enemy when you have to start melting down the good, new stuff you're getting for old bullshit you've been too busy saving the Goddamn galaxy to sell.  Items of the same kind are not stacked, and going through this list can get onerous.  Items you've customized look the same as other items in the list.  And so on.

That whole interface is something I don't like, but it's the price of admission. What I'm trying to say is that Mass Effect is a game from BioWare, which means that (like KOTOR) by the time you are done playing, you remember the emotional topography of the game much more than the technical one. I'm simply trying to remind you. If, as you are playing, you exclaim to yourself that "this isn't as bad as he said," then good. I wish I'd had someone to adjust my expectations prior to their contact with some grim realities.

I completed it last night, seventeen hours, with only a small fraction of the optional Gallivanting I could have done, so it's a game one could feasibly replay again. The setting, art, narrative, and music - my God, the music! - all argue a strong case for recidivism.