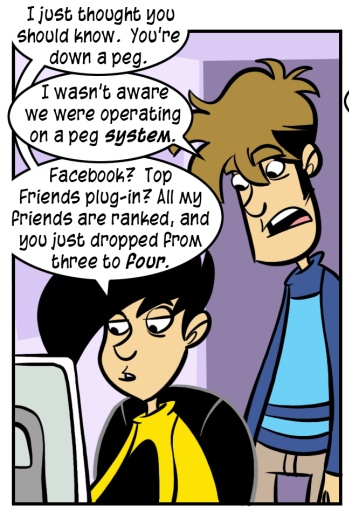 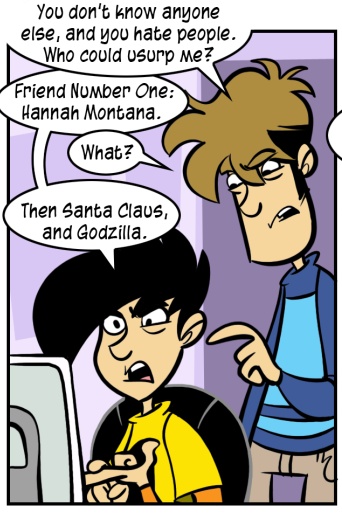 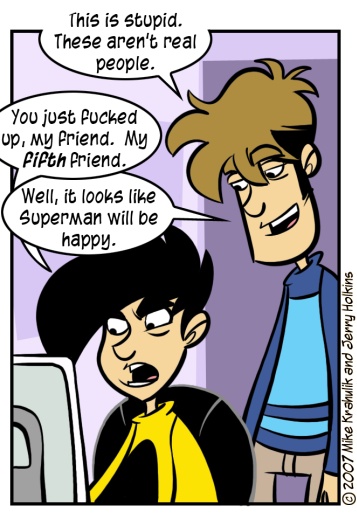 Robert suggested we create Facebook accounts, I think in an effort to establish that we were "down" with whatever "new jives" the kids were flexing on the mean streets. I refused. Gabriel buckled, and the bullshit that ensued verified my initial assessment: that maintaining Facebook would quickly constitute another job. Of which I already have several.

I don't want to keep harping about this, okay, I do, but we went to the Best Buy near the office and saw four palettes of Rock Band for the 360 and one palette for the PS3. This was after being rebuffed in an attempt to secure the same product from the Electronics Boutique, ostensibly a store that sells videogames.

In the manner of other high profile releases, you now have a chance to determine for yourself if my constant praise for Rock Band and its noble progenitors is warranted. I think that, by and large, this thing is going to fuck you up. The brilliant art and presentation, the customization, and the sense of deep conjunction with the other players is clearly an escalation of their holy mission at Harmonix. To get the most out of it, yes, you need other people. No, really: you do. Put out the call.

The things that bother me about the game might also bother you, though: for example, we're completely mystified by how bands are stored in World Tour mode. I mean, we absolutely have no idea. It's some combination of profiles and characters that somehow gets put together, but that UI was like staring into the haunted, spiral eyes of some carnival mesmerist. The second time we sat down to play, we had to create a whole new band because we were too impatient to decipher it. That would all be a lot easier if the band itself was stored on a single person's profile, and other profiles could roll in as needed on any instrument. Shit, maybe it works that way. We couldn't figure it out.

I understand that substantially more work is being put into the sequencing for a Rock Band track than a track for Guitar Hero, but even then... Rock Band is widely considered to be a little light on tracks, but on day one they've dropped a staggering amount of downloadable content. The fear universally is that companies will withhold content from games and then sell it at a future date, and the timing on that makes me a little uncomfortable.

Of course, I still bought it. I've been waiting to play ...And Justice For All and Blackened ever since I discovered Guitar Freaks, so they can have my money for that, and The Police are obviously welcome, as are the Queens of the Stone Age. I bought Fortunate Son as well, though that is not an original cut. Switching gears from an hour of perfect master tracks to Mr. Tries Very Hard is kind of a jolt.

What I'm trying to say is that this guy is not John fucking Fogerty. It's not his fault, though; most people aren't.