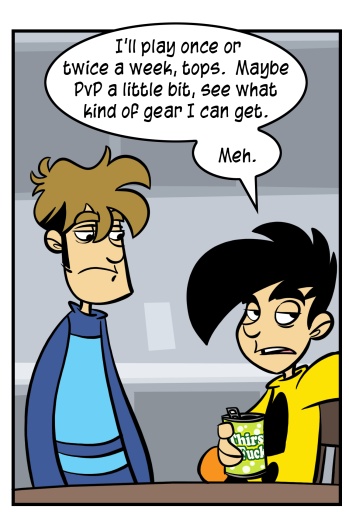 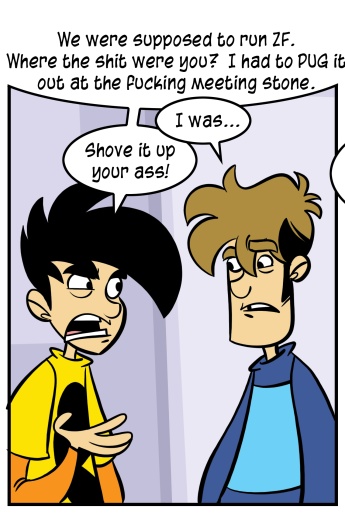 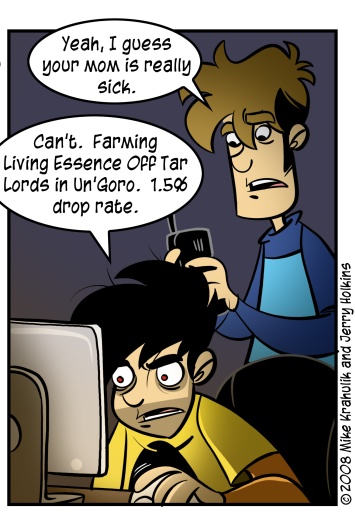 It's gotten to the point where we're considering placing Chinese-style hard limits on our own World of Warcraft play. Ordinarily, we do not consider the Chinese Government a model for emulation.  In this case, they may be onto something.

The quest that began with him trying to get his gear in order culminated in the formation of a ten man guild that plays nightly. I would be lying if I said that there isn't a tabard hanging behind me right now. Here, I'll show you:

I mean... That's a fucking tabard. The descent was quick, and now we are lost. We are deep, deep down in the stone belly of the Earth, where light cannot find us.

I, um... I had a long post written, maybe I'll put it up tomorrow. It's about the Xbox, or whatever. Listen.  It's not as interesting as this:

what you said you never said