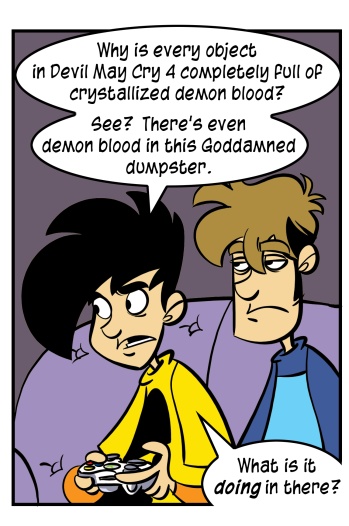 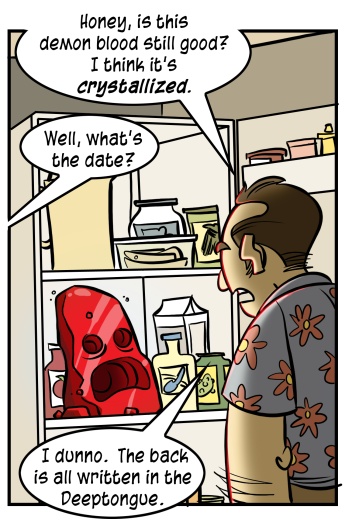 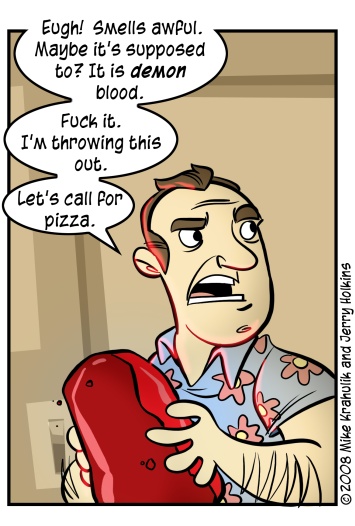 Hopefully you had time to grab the new Devil May Cry demo, taking an opportunity to put the new Devil Bringer to use. The purpose of the Devil Bringer is, we believe, self-evident. We played the demo on the 360, almost purely for novelty purposes, but since the game began life as a Playstation 3 exclusive the two are likely to be identical.

The demo is delivered with two possible modes: a ten minute race to completion, and an option to jump right to the boss. You would have to be a pimp in good standing with the International Brotherhood Of Pimps to accomplish that first one, let alone the second one. With that established, let me say that I fully expect to see a video of the feat uploaded sometime today.

I don't know how representative of the final product this hors d'oeuvre portion is, which makes me reluctant to approach the podium with any strong declarations. Additional health ("Crystallized Demon Fluid") appears to be more plentiful that I recall, but this may be some attempt to trick franchise newcomers into thinking the game won't fucking pulverize them. The series' trademark fluidity hasn't gone anywhere. It's an extremely fun, well put together teaser that communicates the setting's panache and its winking sense of the supernatural.

Our good friend Crystallized Demon Blood also returns in rare form, that form being blood, rare because (I imagine) it is a form of evil currency that will be plowed into abilities. If you would like to get some, it's not hard to find. Just strike any object in the entire world.

We might not have done it otherwise, but at the Child's Play Dinner there was a Blackbird on offer and now that thing is purring behind me while my Steam games drip down into it from the server. It feels like you should need some kind of license to operate it. It broods, malevolent and eternal, like some onyx monument to a forgotten God. Ordinarily, I would say that any person should just build their own machine - and generally, that's still my assessment of the medium. But I'm not sure if you can build a machine like this.

at least, for the moment