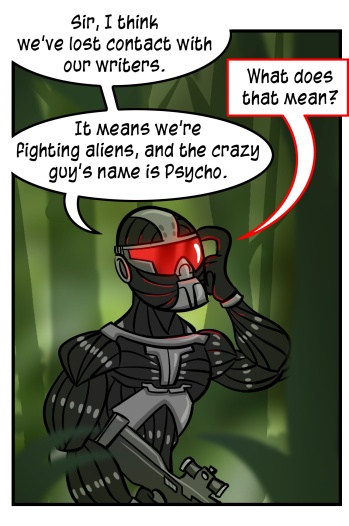 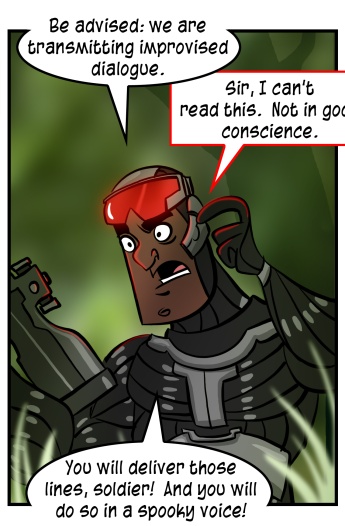 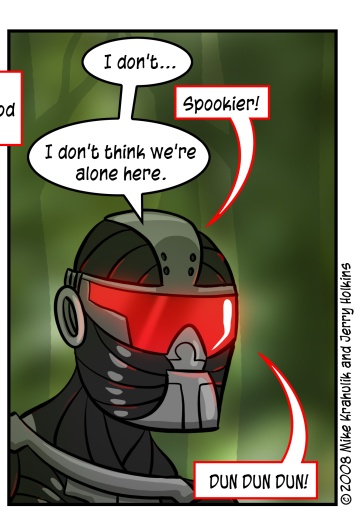 With that gigantic PC behind me - a PC I have begun to call the Night Engine - we finally have a machine in here that can run Crysis, and run it well. Reasonably well. Not at max resolution, by any means. The sweet spot is around 1440x900 here, a point at which he performance and gameplay have reached an uneasy truce. They'll be showing off a console version of their engine at the next GDC, which was inevitable, but they'll also be revealing a "six hundred dollar machine" that will run Crysis well. That must be the comedy portion of the act.

The graphics in this game are stupefying. Good graphics will get you about two sentences here, but run at a high resolution some of these cutscenes cease to be enjoyable and instead become horrifying. One you stop talking about the graphics, the conversation is basically over. Crysis is the sequel to Far Cry, period. With Mass Effect, you had amazing storytelling whose technology never quite held up its end. In Crysis, you have precisely the opposite.

Topics keep taking up the whole post and crowding out things that need discussing, but there's never any time after the first post to pop back in. Chkdsk:

- I'm going to reserve some enthusiasm for Tiberium, I think - place it in escrow until a demo is released. The trailers that have been released don't tell us that much, so there isn't much to digest. Mostly they were an opportunity for people to decry Renegade, which I was happy to do in its day, until readers took me to task for not giving the game a fair shake. It delivered on a very unique, enjoyable teamplay model, but it didn't deliver the visuals that shooter fans demand. Renegade is actually a fairly strong indictment of our community, and to see people still railing against it proves the thesis.

- After seeing Armageddon Empires clock in at Number Four in Tom Chick's 2007 wrap-up, I made it a point to grab the demo and dug in, purchasing the full version after three turns. I wanted to play a full game as each faction before I brought it up, but after catching another review of it, I just need to make sure you're aware of it.  An indie strategy game that combines a hex-based overworld map with a CCG-style constructible armies, it makes me happy to be alive. Bill Harris has a three part guide that could be very helpful to a beginner. You might also enjoy the designer's blog.

- I've been really surprised by the reviews No More Heroes has been getting. We agreed to advertise it precisely because we didn't think it would be taken as a whole experience, but it's getting love from all corners. Killer7, its odd predecessor for the Gamecube, was essentially a lightgun game on a system without a lightgun, which made its fairly raw gameplay less appealing and accessible. I've been hoping they'll see the sense in releasing a director's cut on current Nintendo hardware.

- About a week ago, there was a Tom Cruise Scientology video that people claimed was some incredibly strange indoctrination thing, but aside from a couple key bits of internal language (KSW, etc.) there's simply no meat here without the celebrity angle.  As a Scientology connoisseur, I really must acquaint you with Fishman. The Steven Fishman Deposition is the most amazing thing I have ever found on the Internet, the great-grandaddy of rabbit holes.  Enjoy.

it's a simple thing 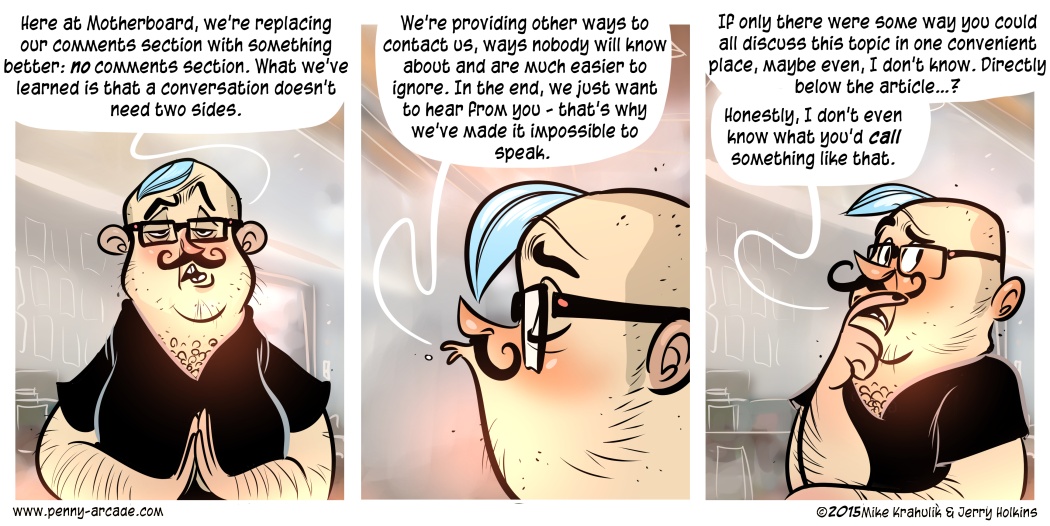