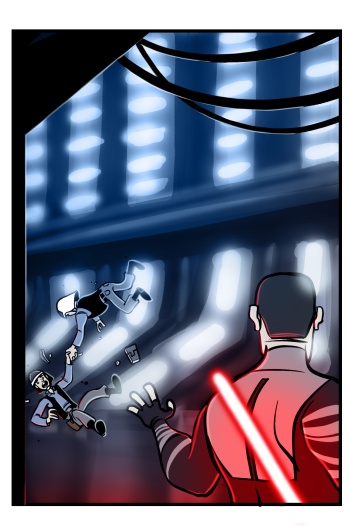 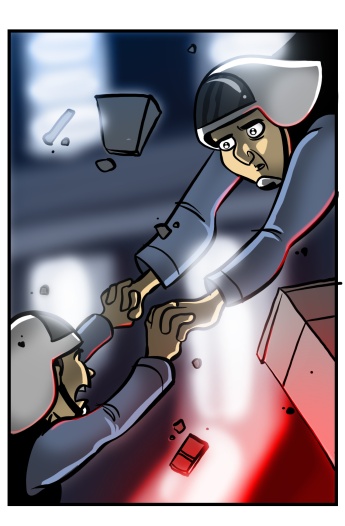 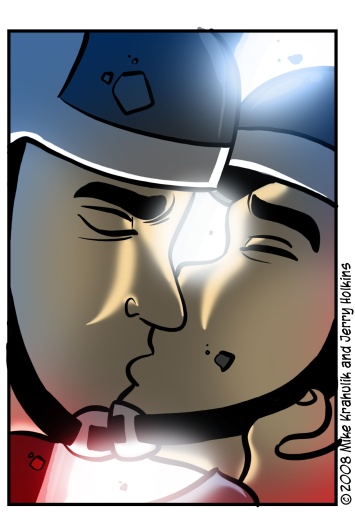 The last time we saw Force Unleashed, and this would have been quite awhile ago, it was essentially a tech demo for the new development methodology at Lucasarts - one that would rely heavily on procedural systems. Using Havok for physics, Euphoria to give their A.I. an awareness of those physics, and Digital Molecular Matter to simulate world materials, I think the idea was that they could create spaces where players could do whatever they felt like doing, and the world would oblige them in a way that was consistent and convincing.

I don't actually know what it would look like if a lightsaber cut through a chunk of red crystal embedded in a mound of onyx. If you were to simulate it, as long as things are mostly lining up I'm going to accept it and move on. Same goes for a set of plasteel blast doors crumpled by The Force.  Actually, most materials can be simulated in such a way that the mind could carry the one and make it work, in science fiction especially. But when people move in ridiculous ways, all the hard work you put into the rest of that world is obliterated. If a crate hits another crate, that's fine. If a person tries to grab a crate, that is also fine. The trouble comes when people grab onto other people and pirouette off into infinity.

Haden Blackman is the Project Lead on Force Unleashed, which means that Star Wars fans are in for a treat. He's written tons of books and technical guides for the universe, and is deeply devoted to the continuity of the fiction. The story hook - of Vader's secret Sith apprentice in his galactic Jedi pogrom - has got incredible narrative potential. We've spent the last week digging into the most recent videos, and that time has been spent cheering and wincing in equal measure.

I suggested a month or so ago that even once Child's Play comes to a close, people still give. I thought I would give you an update on the post event take: we've jumped from 1.135 million to 1.3 million. Noone even needs to ask, and cash and toys are still piling to the ceiling. Finding new ways to describe your generosity is starting to become a challenge.

The cash donations are often used to equalize the haul for different hospitals, and so Robert took a trip out to Nintendo earlier in the week and grabbed a DS or two.

Earlier in the month, GameLife's Chris Kohler had a contest to give away another Carmack signed DS, and so we wanted to wait for the channel to clear: but if you would like to have the most popular gaming system in the world signed by a living legend of game development, that's something we can offer you. Oh? You are unmoved? Perhaps you have not seen the wand.

before you had a chance to