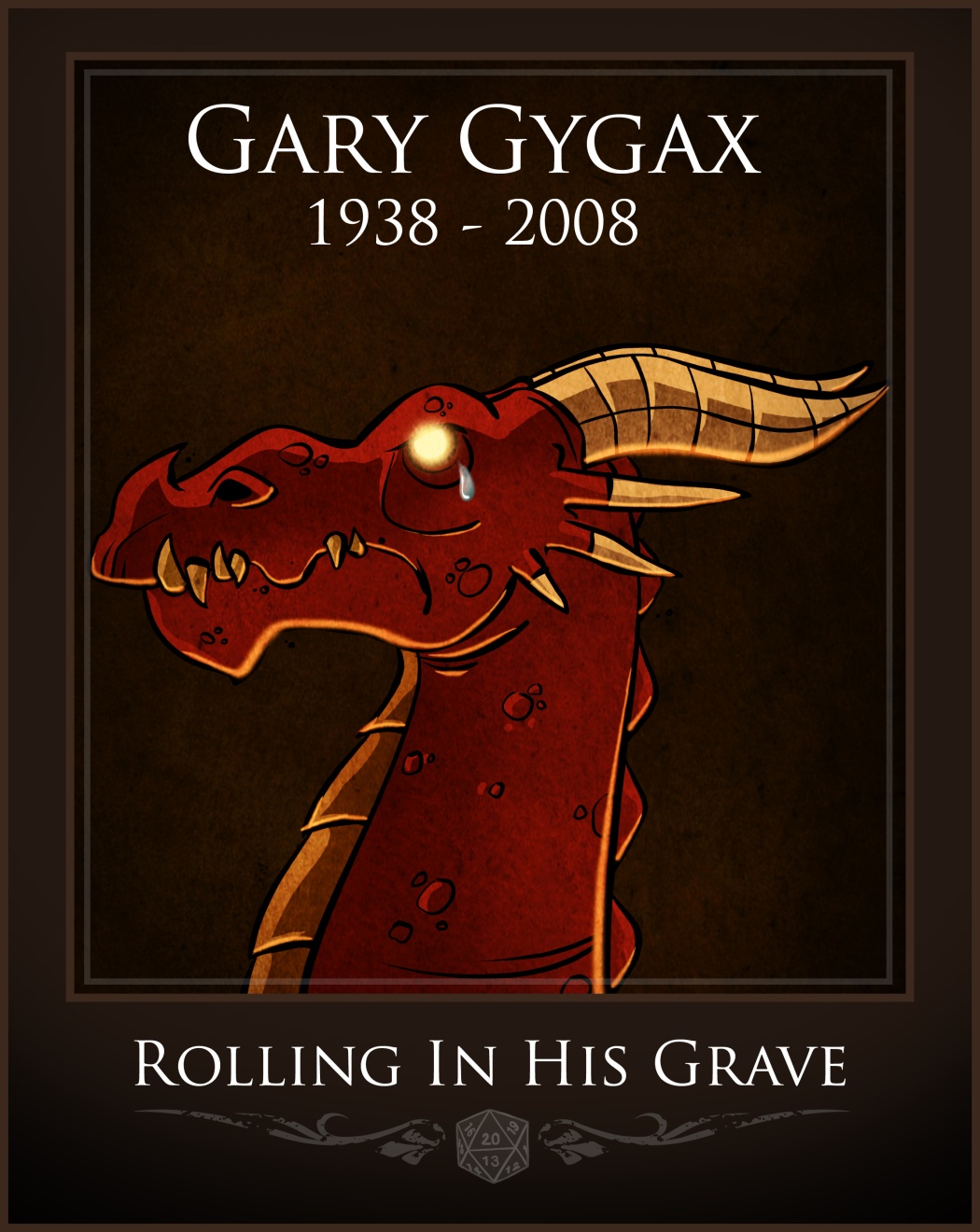 Gygax always struck me as a tremendously sinister name: no mortal name, this. This was the sort of name one earned in the service of horned devils and more primordial shapes of evil, a boon for the loyal servant, placed like a black crown on the bowed head.

The first time I ever played Dungeons & Dragons, I was six years old - books with great red demons on the cover that dared us to claim their riches, subtitled by this alien name Gygax. My mother was furious when she found my uncles had exposed me to those subterranean burrows, spilling over with rubies, and tourmalines, and the wealth of old kings even songs no longer remember. As a young man, I began hiding the books I bought inside my bed, which had a vast hollow space I had hidden in as a child. These books were soon discovered, and blamed for everything from recent colds to the dissolution of my parents' marriage. I took the wrong lesson, I'm afraid: I didn't learn to fear them. What I learned was that books, some books, were swollen with power - and this power projected into the physical realm.  Some books contain the machinery required to create and sustain universes.

I owe a tremendous debt to his legacy. I couldn't even calculate how deep.

The other reason it struck me as odd was that, well, let's say that EA were taking a page from Valve's book. That actually shows tremendous agility, a very different Electronic Arts than the one we have been conditioned to hate. The last holiday saw all sorts of behavior that I don't associate with them: fresh interpretations of existing genres, the right kinds of relationships with the right kind of partners, and - this is the big one, at least to me - taking a game two weeks from ship, a game review copies had already been delivered for, and jamming that fucker back in the oven. Did it work? I won't know until I go grab it this afternoon. But it's not business as usual.

On the Battlefield: Heroes tip, when I see guys rolling around in those deformed war machines, my mind immediately goes to ThinkTanks, which is a good place to be going to. The persistence introduced in Battlefield 2 (and then refined into crack cocaine by Infinity Ward in the most recent Call of Duty) is not only present, but substantially bolstered.  When I read about players looking through walls and sitting right on the wing of a fighter plane, it calls to mind Shadowrun's policy of codifying what would classically be termed "exploits" into legitimate gameplay. I think it looks like a Goddamned hoot.

and you'll pay with your life