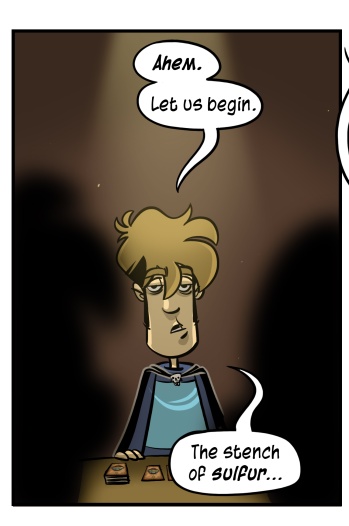 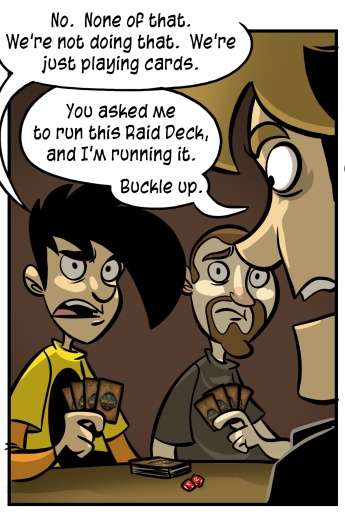 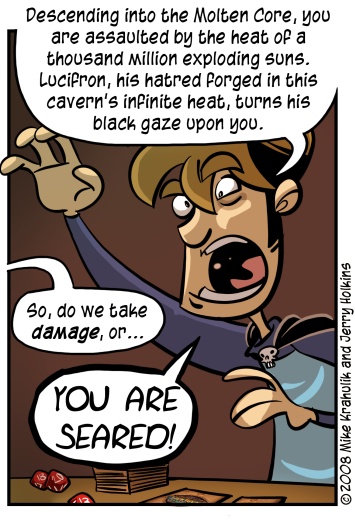 I'm surprised it hasn't taken up even more time in the post and strip, considering how many of our actual conversations revolve around it. I think we've tried to shield you (by and large) from the burning heart of our affection for it. When we set up for a game, and I'm at the head of the table, it's strange how quickly old ways return.

We rarely do contests, but this seemed like a good time, and we knew the right people. Between Blizzard and Upper Deck, they have unloaded a truly revolting amount of merchandise on us, and we'll be passing this largesse over to the readership in a frictionless manner: three piles of stuff so gigantic that you will quite literally never need to purchase another card. You will, of course, because you won't be able to help it. Even so, you won't need to: four boxes of boosters, tournament playmats, a Winterveil collector's box, deckboxes, sleeves, two binders, three raid decks, three starter decks, and one of these awesome dice chest things. Each of these sets also includes an X-51 Nether-Rocket, an ultra-rare card that can be redeemed in-game for a custom flying mount. These custom mounts can go for up to two thousand dollars online, so each one of them - on its own - would be sufficient to build a contest around. I don't know that I've ever seen a contest like this. It's completely ridiculous.

Securing these mounds of treasure is simple, but not effortless: you must write a short story, set in World of Warcraft, and this story must be precisely ten words long. Then, you must mail your story to Gabriel, with the subject line "Ten Words." This contest is easy and fun. At least, for me! But Gabriel has told me that I cannot win, so you've got a shot. Something along these lines, maybe:

His father's sword, shattered to the hilt, fell like stars.

It doesn't have to be especially epic, it merely needs to ring true. For example:

See what I mean? It paints a picture. You know everything you need to know about the dick and the Treant. You've got until Thursday, the 10th of April. We'll announce the winners next Friday.

It's my intention to hit up the Playstation Store today and see if I can't get ahold of that R-Type Command Demo. I haven't seen any coverage of it, which is odd. One never knows precisely what that means, although in this particular case the meaning is probably clear enough: the market for classic sidescrolling shooters transformed into tactical extravaganzas consists exclusively of Tycho Brahe. 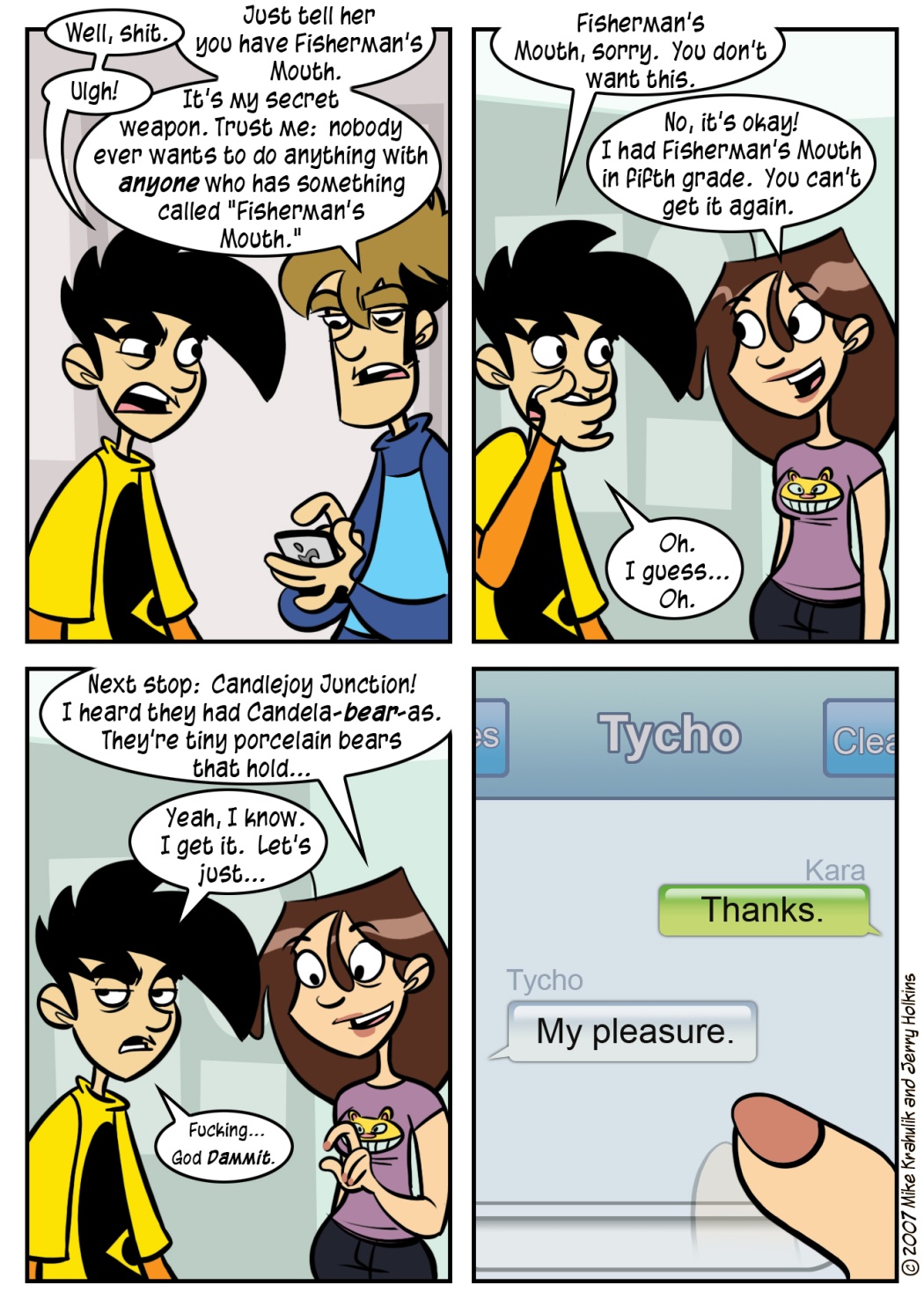