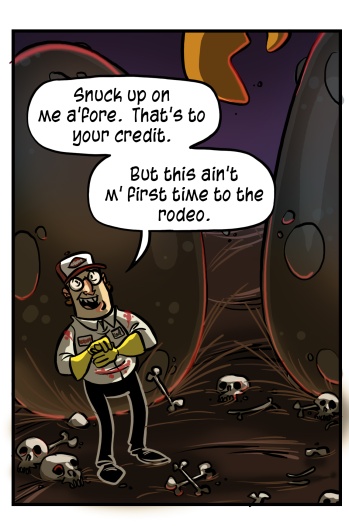 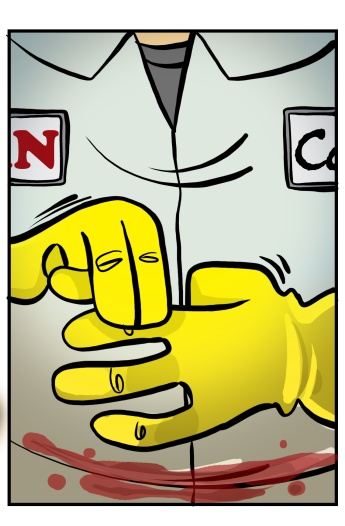 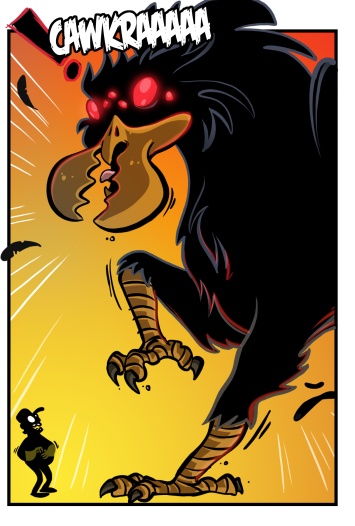 Sometimes, the old magic is best.

In my haste to prophesy the coming a-rock-alypse in music games, I neglected to point out that both Guitar Hero and Rock Revolution both include the authorship functionality I have long hoped for in this space. Also, there are cases in both where the player isn't penalized for improvisation, which as a feature stands somewhere between the core beat-matching gameplay and the composition tools I won't shut up about. In any experience of this sort, that feature alone moved our species toward total freedom.

The main reason I didn't go into it is that neither product allows you to record vocals on these tracks. Konami's offering doesn't support vocals at all, so their decision at least makes sense. The idea that vocals create unique copyright challenges doesn't wash, because every part of the song's composition creates the same challenges. Moderating a database of user-created material would undoubtedly be a chore, and I'm sure they'd prefer to ship out compressed midi files over heaps of synced digimal audio. I don't really believe it's about copyright though, or bandwidth, though they're both fabulous pretexts. It's about content. The ESRB would scream and never stop when confronted with the lyrics a venue like this would generate. No capital letter could contain them.

The ESRB doesn't rate user created content, though, and they don't rate online interactions, which clearly describe the kind of situation this is. I understand that Activision doesn't want to babysit the entire Internet, but the course they've charted is pretty tame for a franchise that purports to channel primal rock forces. Choices in this life often quite difficult. It's rare that you're simply presented with a knob whose only two positions are "Make History" and "Flee Your Glorious Destiny."

Obviously, much depends upon the sophistication of their tools, but have you ever held a lute? People manage to make music on those things, and playing one is like wrestling a boa constrictor.

There's a game coming out for the DS called Infinite Line that nobody knows anything about, at least, nobody who only speaks English and not bug-sounding Japanese witchmouth. All anyone can say for certain is that it takes place "in space," and that "there are guys in it." New screenshots sort of help, but not really - until you get to shot three.

As a young man, I found the sort of magazine that young men find when they are digging around in places they shouldn't. I did not understand the imagery. Even so, I sensed that it was vitally important. This picture ignites the same regions of my mind.

should i rewind
Random Comic
??? 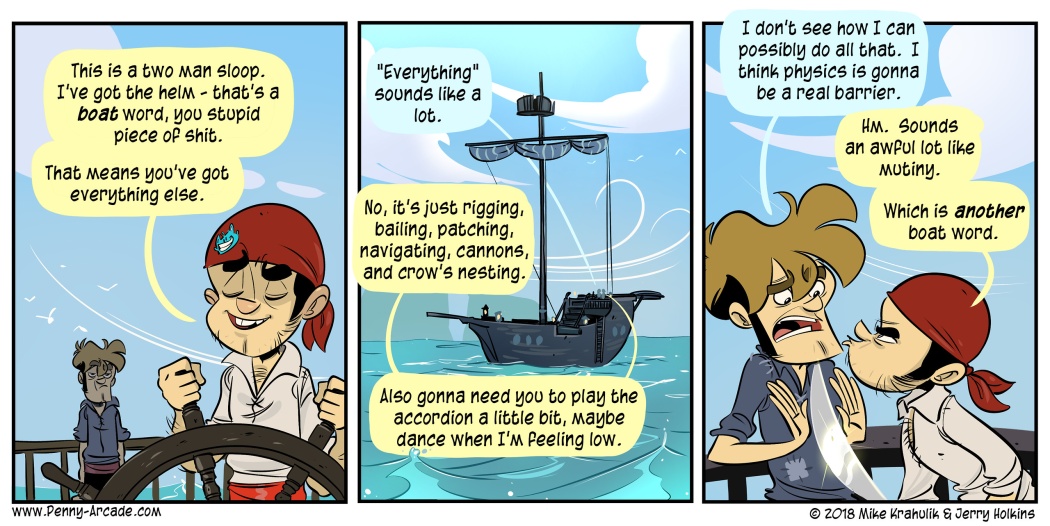