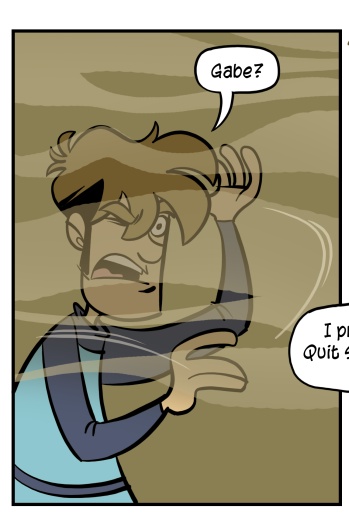 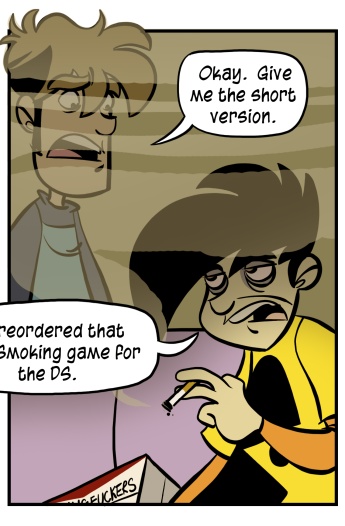 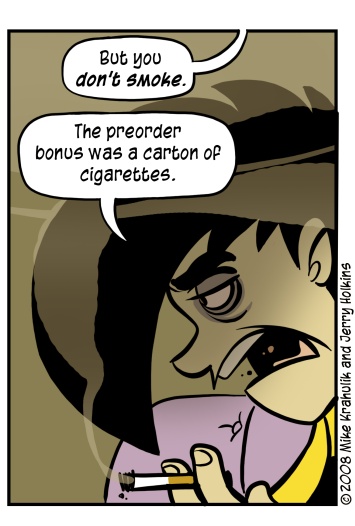 I know that utility software for the DS is a hit in Japan, and I know that people try to make these things go in the United States and elsewhere, but is quitting smoking something that people will actually do on the DS? I want to believe this is true, certainly. I want to believe that we are, in some ways, already toting around the ultimate, mutable living tool, a young lady's illustrated primer. It's a fantasy I can endorse. The challenge for them is going to be moving the product out of the core smoker demo into other markets, but that's not insurmountable.

Stephen Totilo (over at MTV's Multiplayer Blog) dropped me a line yesterday, asking me to check out his newest project - a month's worth of research on the reviewing arts, simmered down into a week's worth of rich content. I was already reading it, of course. My spies are everywhere. But that was sweet of him.

He wanted to direct my attention to his collaborative Reviewer's Bill Of Rights, which is interesting, but not the best thing he has on offer. Some of the things being asked for in the Bill are deeply counter to the way the industry works, or at any rate, the way some companies do. They're also asking for boxed copies of games, presumably to better mirror the kind of retail experience a consumer has. But I'm all

1. Boxed copies? Really, though? That's kinda 1989. I lost my totemic associations with retail games once they stopped including the cloth maps, describing places like The Crags Of Furng and Outer Andalusia.

2. The box signifies parity, but does not contain it. The easiest way to create parity between yourself and the consumer is to purchase videogames at the store with money.

Of course, if you do that, then you don't have it early, and you fall behind in the arms race. The hunger to always be dangling from the very moment of release is the Goddamned scourge of gaming journalism as an industry. To get it, and to secure it, you must constantly and without hesitation be in the act of signing infernal pacts. Review Week gives several examples of these arrangements, concessions large and small. Why should this be? They need that access, and they need the ads that healthy relationships generate, or they don't have a company - no platform to broadcast their editorial content. Such politenesses gird the entire structure.

Going back to Age of Conan, Lord only knows how the reviews will shake out, but the process that is currently ongoing - where review professionals are taking a week or more of solid play to get a read on it - my be closer to the ideal of the form.  The number we typically receive at the end of reviews is an average of the play experience, and then we average the average with a bunch of other averages from other people using radically different standards and imagine we've discerned some incontrovertible science of truth, and then the people who made the thing are punished or rewarded based on the mercurial output of that calculation. One wonders why any person would willingly subject themselves to these empty, unaccountable mechanisms.