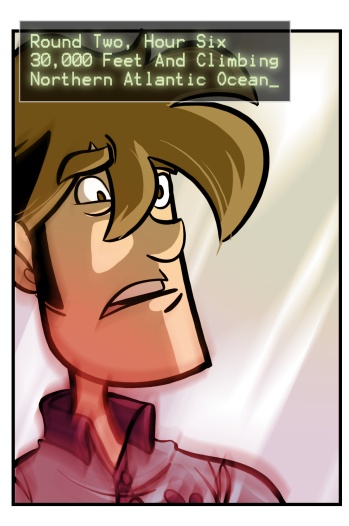 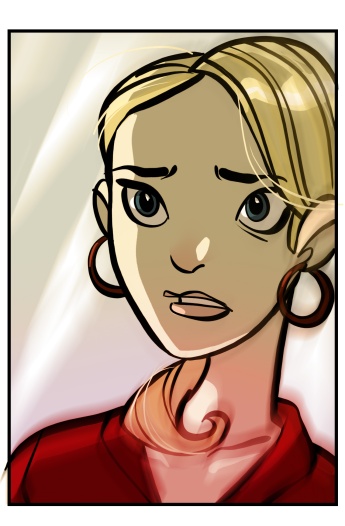 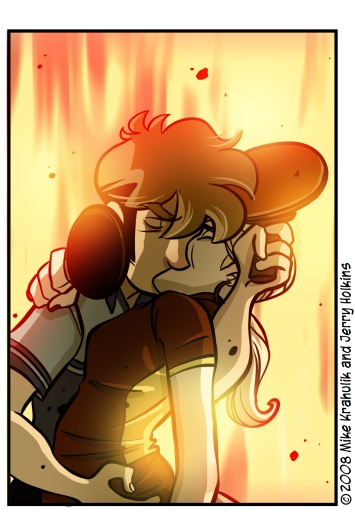 I guess things can only heat up so much.

I set up a quick round of Too Human co-op with Chris over at GameLife, and I had to leave very quickly, but I was figure out what I wanted from it - namely, something else.

It works, but I don't think that co-op is a selling point on its own. I've tried to follow the game well, but I took "co-op" to mean "co-op through the campaign," and that isn't present here.

The trouble is that with the story hooks excised, the hole is so big that simply adding another player doesn't balance the sheet. I said in the last post that Silicon Knights games are comprised of a three pillar system, and one of them is just gone in this mode of play. There isn't a lot of UI reinforcement for the co-op experience - there's a fairly mild hit-point bar in the corner, and that's it: no map, no player markers. It's really just adding another person into the single-player campaign, only the campaign has been removed, and everything takes place in some vacuum pocket universe where there is only battle. Though I guess that is pretty Norse.

What I like about cooperative games are the moments where I see a teammate doing something incredible. This isn't limited to two-player games by any means: when I see Kiko crest the middle in Valhalla, ruined cyborgs at his feet and the coveted Spartan Laser on his shoulder, the pride is very real. Smaller scale, the things I've seen in Splinter Cell: Chaos Theory co-op still rank as some of the best moments of my parallel, electronic life. Too Human has those moments, as well: there is a way to kill larger enemies using a small minigame, and it's something that looks alright when you're the one doing it but thoroughly invigorating when you're watching someone else. It was gratifying to finally show someone the equipment I'd earned, which gave those accomplishments heft. And they've cranked up the enemy spawns so that they are now sufficient to kill two gods - there's plenty to do, and when someone swings in with a good save or knocks an enemy off the map it feels good no matter who is doing it. But I really want more.

If you die in Too Human, co-op or single player, a Valkyrie comes and gets you - they're essentially a kind of mystical Vita Chamber. For this co-op to have some meat, I think they need to reinforce this game's slick arcade heritage and bring back death. Kiko and I used to play a ton of Super Stardust HD, at least until we defeated it, and some of the best moments in its co-op were when the continues had run dry and one person had to earn enough points to keep the balloon in the air.

I'm sure it's too late for all of this, so now we's jess talkin'. As it stands, I'll play this co-op until I'm ready to play another game. It's currently a light, social experience - as Steven Totilo says, "better than a phone call" - because there's no penalty for death, and as a result you can't tell if you're winning or losing. But if they put some meat on it, make it so my partner and I need to go circuit to circuit in each grueling level, with a severely limited credit/continue system based on defeating powerful enemies, everything changes. All of a sudden, tactics, builds, and itemization are absolutely crucial. Communication is essential. You start altering the fundamentals of your play just to traverse a room.

i can almost put it back together