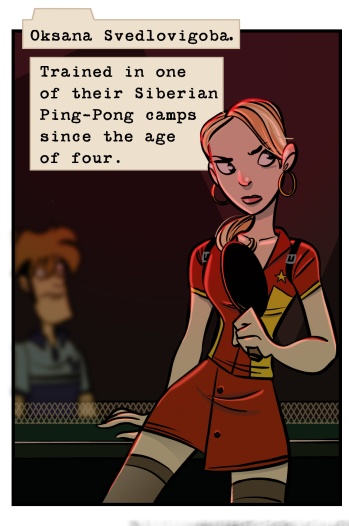 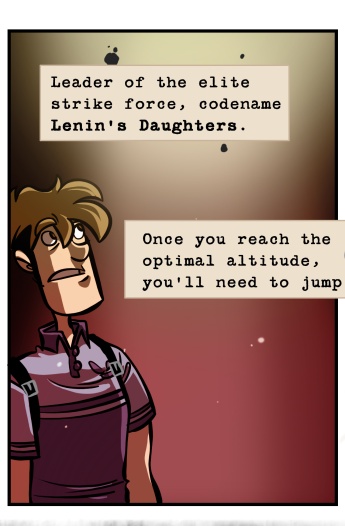 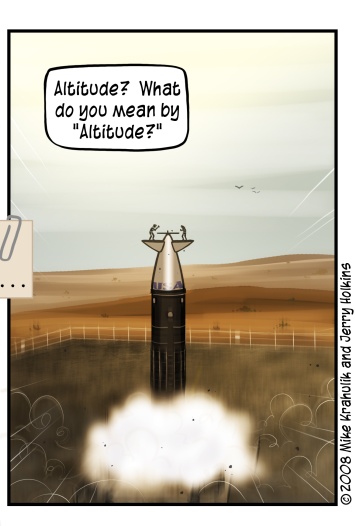 Oh, ho! It would appear that things are heating up! Particularly near the booster rockets, I would imagine, but that's not the only place.

Not ten minutes after I posted this, which briefly chronicled my quest to make sense of Too Human without the benefit of the actual product, the actual product materialized on my desk. Not the retail build exactly, but a largely complete one, with the ability to play multiplayer online and to finish the campaign mode in its entirety. This was the build all the recent preview content has been based on.

Perhaps it's because we so rarely receive games from Silicon Knights that by the time one does arrive, we have forgotten what it means to be a Silicon Knights game. Put succinctly, they create games with ridiculously complete universes, where technology and gameplay are important, but it is the purpose of the latter two to reinforce the story. So even when I saw the ill-starred E3 demo, the knell that may still seal the game's fate, I knew that without a narrative voice I wasn't really seeing "Too Human."

It's not science fiction generally, and it's not really Sci-Fantasy, like I assumed it was. The trappings threw me off. It's very specifically a cyberpunk casting of Norse mythology, and it creates an incredibly original conceptual space in which to kill robots. Somewhere between Blade Runner and Lord of the Rings there is a powerful venue for storytelling, and they have found it.

The combat is not difficult, by which I mean that it is not hard to do what you want. You can still easily get overwhelmed, which results in an unskippable cutscene of a cybernetic Valkyrie hauling your dumb ass to Valhalla. Then, you're back.  It's unskippable because it is the punishment for death. I guess your shit gets damaged too, but you're perpetually upgrading your equipment, so I never found that bit of number juggling poignant. If you don't like this cutscene, my advice would be to die less.

The Diablo comparisons go right down the line. Killing monsters results in a piñatan festival of loot, which is drawn to the character as though by a powerful magnet. There are various futuristic chests which also contain loot. Each class has unique trees they can use to customize their experience. Diablo III continues its isometric metaphor, but if you want to make an experience like that without a fixed camera position, how do you do it? Too Human suggests one way: try to interpret that player's intention in the space as much as possible by making movements of the right analog synonymous with attacks. You don't have to hammer away on it, simply holding both sticks in the direction of an enemy will do. Want them in mid air? Double tap. Want them in mid-air, held aloft by gunfire? Double-tap, right trigger. You can slide to a new target by pressing toward them even before you've arrived at the first. Putting these tools together in different ways is the core experience. You may not want to do that. For me, the basic combat was like the notes of a scale. It was in constructing improvised combinations that I found the game I wanted.

The biggest challenge the game has to face is probably the camera, and the problem here is twofold. One, gamers really expect that the right stick should control camera position. It doesn't here, because it's the right stick that enables the game's combat. It might take you an hour to come to terms with this idea, so ingrained is that mental program. It's compounded by problem two - the reason you'll want to wrest control of that camera is that the built-in camera can be pretty dumb. Complaining about cameras is a longstanding gamer tradition, but this one has earned some scorn. It wasn't a deal breaker for me, eventually you learn how not to anger the camera gods, but Jesu Christe.

I don't think the game expresses its own virtues quite well enough.  These slides from enemy to enemy work well as a gameplay mechanic, but they're not made to seem epic by virtue of their audio or visual effects - if anything, they're undersold.  The Too Human equivalent of Cyberspace - a place of pure magic, what Thor calls "women's work" - has a few mild puzzles you can manipulate to effect the real world. But these are almost always simple affairs, with one or two obvious inputs, when they're presenting a really huge idea here that should take the fore more often. Also, contrary to other previews I have read, I think the game is a little too long - some levels are just long to be long, likely to counter complaints that the game is too short, which hasn't worked anyway. My playtime was around the fourteen hour mark, similar to Mass Effect, because just like Mass Effect I spent a lot of time twiddling my character and making the most of my equipment. Inserting runes to increase my effectiveness, completing slottable quests called Charms that confer powerful effects, or crafting items from rare blueprints to build sharp looking sets are things which I find fun. The replayability here should be in the escalating difficulty, the co-op multiplayer, and the inherently addictive quest for more powerful, cooler-looking shit.

I dont know exactly how far along this build is, I would assume very, very far. I imagine it will be quite similar to what will see store shelves. They've made a kind of cyberpunk Diablo, with a fast combat system and a deep world. It's not perfect. But it's much, much better than I expected.