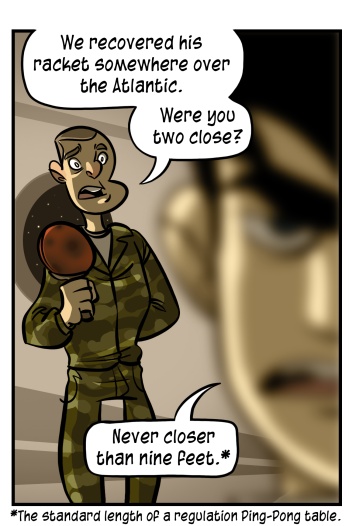 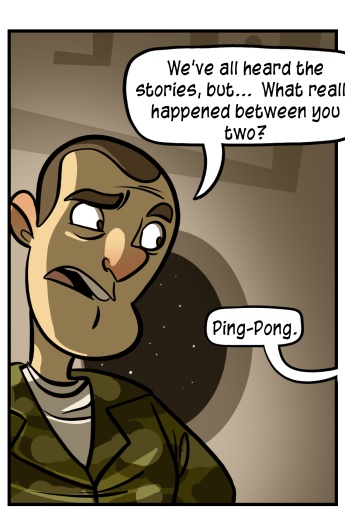 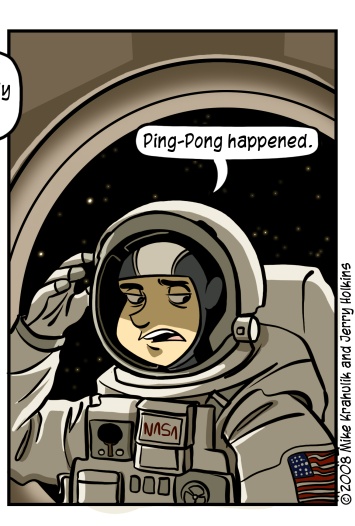 The second to last installment is now go, which means we'll again have to forage for news come Wednesday. It's been nice down here, beneath the hatch, out of the rain. It's been a Goddamned vacation, an opportunity to run my brain under cold river water, snowmelt coursing down thwarting crags to rinse my taxed meninges. I am overjoyed that I never had, or took, an opportunity to talk about this 2.4 shit, and algorithmic flexing of a community tripping over itself to act as proxies in this week's PR skirmish.

Whoops! Sorry about that. I shall endeavor to be less honest in the future. Or, at any rate, I will attempt to describe events in a way that makes idiocy seem a virtue.

During the Harmonix press tour for Rock Band 2, which I suspect was a tour of our nation's bars with an official imprimatur, they found some time to stop by our own office. I can never remember which things I'm supposed to talk about and which things I'm not, but I always nod when the limitations are established, seemingly chastised. It's alright in this case, because the thing I wanted to talk about is already common knowledge.

The darkest revelation of modern times was that the game would include no player authorship of tracks. The benefit of this feature really can't be emphasized enough. Habitual readers of the site will know that I don't fully endorse Guitar Hero's method of going about it, but as an American citizen I tend to prefer more freedom over less. The message this feature sends is incredibly powerful, because it inserts an Infinite value into the mechanism of comparison. I've suggested in the past that this value presents an almost insurmountable obstacle for the review apparatus, where some ultimate "measurement" must be offered. If one game has infinite songs, while the other has finite songs, the reckoning is clear.

Harmonix is, quite simply, better than Neversoft at converting songs into gameplay. I just read a great article on why that may be, and describes (perfectly, to my mind) the difference between their approaches: they are acting as musical curators, building a kind of sonic museum.  When they say that they are "taking a radically different approach" to the problem of user-created tracks, and that it's something they want to do correctly, I believe them. I'm just not sure it matters.

There's no comparing Rock Band to Guitar Hero III, at least, no charitable way, and that's not the case with Guitar Hero IV. I happen to think that objectivity is overrated, and I am a Harmonix stalwart to the end, but they've been outflanked.

once i courted a lady fair